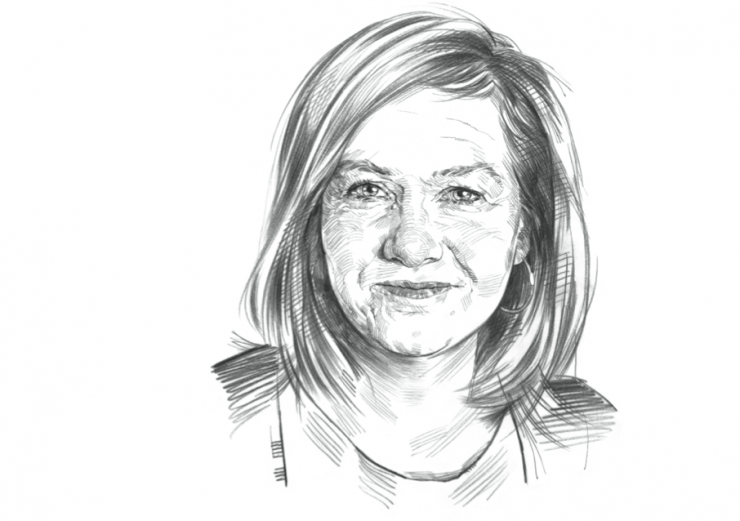 On profiling Anne Marie Owens for the Ryerson Review of Journalism

“Mission Impossible” could have described the challenges facing the new National Post editor-in-chief, Erica Lenti’s profile subject, and the challenge of profiling Owens in the first place.

The National Post’s Anne Marie Owens turned out to be quite the enigma. It started with one email in early September: “I’d like to profile you for the Ryerson Review of Journalism.” There was no response. I proceeded with an onslaught of interview requests. There were dozens of emails and phone calls. I began slinking around Toronto events I knew she would be attending.

I knew gaining access for the profile would be a difficult task. In September 2014, when I began my research for “Mission Impossible,” Owens had been in her position for little more than three months and was still in the process of restructuring her executive team. She told me repeatedly it was a busy time for her. She eventually relented—perhaps annoyed by my persistent pleading to chat with her, or overcome with pity for me—and we sat together for an hour one day in October. But I never saw the Great AMO, the woman whose colleagues praised her and gave her glowing reviews, in action.

The writing process, something I typically enjoy, was frustrating. While planning my first draft, I sat with a professor trying to determine my lede when I had so little interaction with my main character. I am no Gay Talese, and profiling someone without the access I desired was less than optimal. My professor agreed: “I don’t fucking know what your lede is,” he concluded.

By January, my fact-checker had spoken to Owens three times—twice more than I did. Owens did, however, manage to get back to me once she read the piece with a short email: “Thanks Erica. Read it yesterday when copies landed in our newsroom.”

Anne Marie Owens marks her arrival as editor-in-chief of the National Post with a laugh. It’s not a giggle, nor is it quiet. It is guttural and warm, a comforting capital-H Ha-Ha-Ha. It shakes her frame, all five feet, two inches of her. It comes out often. Post colleagues hear the laugh around the corner from their desks and from within glass-enclosed offices. Anyone who knows Owens knows her laugh. It seems to say: Yes, I am here now. I am laughing. Together, we can thrive.

The Post hasn’t had much to laugh about in recent years. Parent company Postmedia Network Inc., which owns 15 newspapers across the country, has endured tens of millions of dollars in quarterly losses, though it has pushed to cut costs over the past three years. That has led to layoffs and decreased circulation—but the turmoil was anticipated. The Post has teetered on the edge of death for years. In 2009, it almost succumbed when Postmedia went bankrupt, only to be revived by U.S. investment firm Silver Point Capital L.P. (the same company that saved Twinkie manufacturer Hostess). The newsroom of 110 journalists services nearly one million weekly print and digital readers. But the Post has turned a profit in only the last three of its 16 years.

In response to the company’s financial unrest, executives have committed to what president and CEO Paul Godfrey calls a “radical transformation.” It began in 2011 when Postmedia rolled out online paywalls for Montreal’s The Gazette and Victoria’s Times Colonist. Within two years, readers required a digital subscription to see more than 10 online articles a month for all Postmedia papers. “Newspapers around the world are realizing you can’t spend millions of dollars on content and give it away for free,” Godfrey said in 2013. By 2014, executives had created their latest attempt at salvation, a four-platform approach now known as “Postmedia Re-Imagined.” The plan will be released in its entirety by spring 2015, and incorporates new tablet and smartphone versions of the Post with the pre-existing web and print editions of the paper. Executives hope it will boost the Post’s weekly digital readership far past the current 240,000 per week mark and, in turn, increase ad sales.

In Owens, executives want an editorial ringleader who can find the balance between producing a profitable publication and maintaining the “Post spirit,” a loose term higher-ups use to reference the “good old days” of “fearless” print media. They have placed their faith in her energy and optimism to lead the Post through the final stages of its transformation into a digital-ready news organization. If it’s successful, Owens will have good reason to keep on laughing.

To read the rest of “Mission Impossible,” please go to the Ryerson Review of Journalism’s website, where it was originally published.