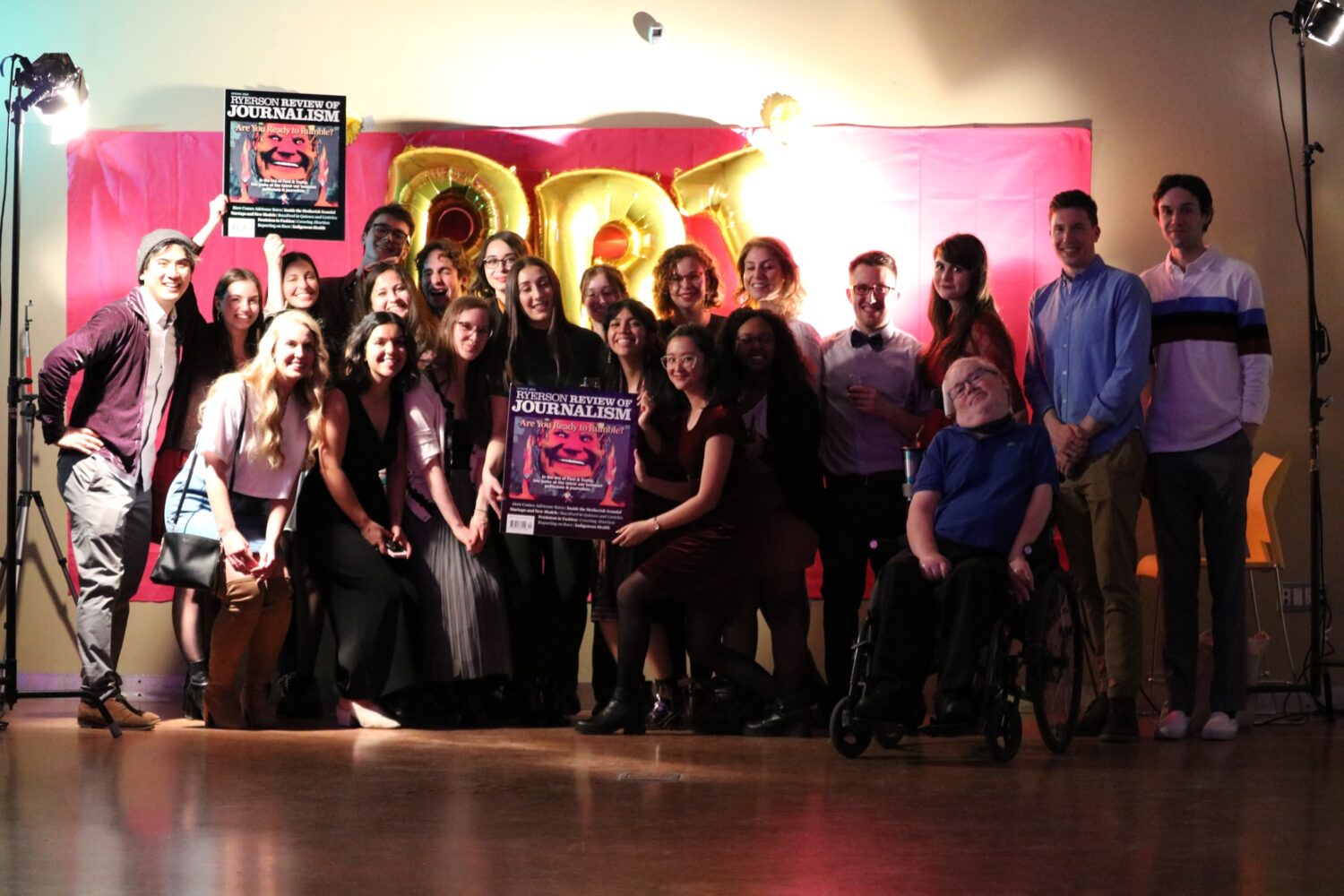 On more occasions than I can count, I walked into the Review of Journalism’s newsroom for a meeting with Steve only to find him in his adjoining office in the company of a visitor. These casual drop-ins, I quickly realized, were regular and varied in their make-up. The culprits I encountered included current students and recent graduates, friends, teaching partners, students from a long time ago, editors and writers. One might have popped in just for a chat, another for advice, someone else to request a professional reference or to share good news like an upcoming marriage, or a job offer or a baby on the way. From the outside looking in, it all fit with the Steve I knew, who mixed personal and work life so professionally, it didn’t feel messy at all. 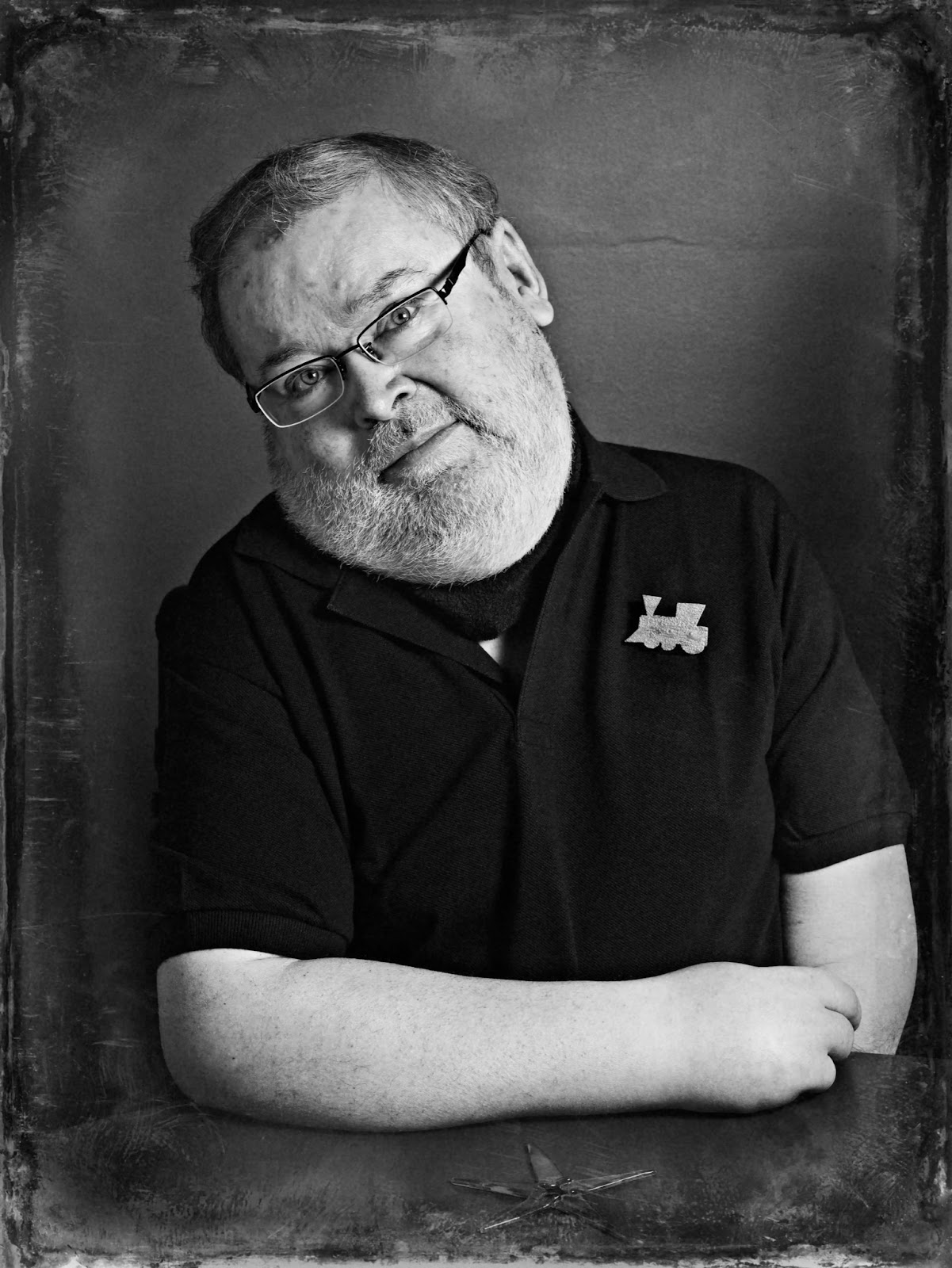 Steve’s pathway was dynamic. Through his retellings, I visualized it as a virtual wheel organized by tabs in different colours, much like his edited drafts. If you spun it, the wheel would land on a random date, or theme, or event. And there was sure to be a tale. After all, Steve was a storyteller. There were some seminal moments, of course, as there are in anyone’s life — for instance, 1977, when Lynn Cunningham hired him for the first of his 14 years at Toronto Life. Then there was that point in 1994 when he started teaching in the journalism school at Toronto Metropolitan University, then Ryerson Polytechnic; the moment when his cherished daughter, Hannah, entered his life. There was also the dreaded moment in 1997 that changed the course of his life: Spinal Cord 2, as he called it, the second spinal decompression surgery that put an end to the more mobile life he had known. Regardless of where the wheel spun, though, he always returned to the summer of 1979, and that day that he met his beloved Judy. I marveled as I listened to the consistency of his tone; till the end, Steve talked about his wife as if he had just met her, as if he was still crushing on her. After Steve’s Walrus piece — an epic about their story together amid her Alzheimer’s diagnosis — was published last year, I realized that, all along, I had been listening to snippets of that love letter.

Quadriplegia, as Steve explained through anecdotes in his Abilities column, shaped every moment of his life. In later years, a cocktail of medicines and a team of practitioners maintained his health. Steve had a deep appreciation for medical science and its advancement; anti-vaxxers maddened him. On many occasions he told me he knew well that someone with his condition wouldn’t have lived into his 60s had it not been for the tremendous advancements in science and technology. Still, I felt that the more meaningful elixir for his well being and sustenance was love of and from Judy and Hannah, friends and students, and ultimately his love of story. Fortunately, this love and skill was recognized when, in 2013, the National Magazine Awards honoured him with a lifetime achievement award.

Megan Griffith-Greene, a former student, introduced Steve on awards night that year. Looking back after hearing about Steve’s death, she tweeted: “I’ve never agonized so much over a draft, rewriting it til the minute I was on stage. I’m still rewriting it. I think I will always be.” In that same thread, she noted Steve had been a mentor to her and so many others because his ability to see the story and help students discover how to tell it well, was effortless and magical. “Steve was a peculiar sort in that he was both cheery and savage in the best way an editor can be,” she wrote. “He would hit your draft in a way that left you feeling elated. It’s hard to describe but it’s a magic power that few editors possess, because it never came from a place of ego.”

It’s hard to put a finger on what exactly the right mix is. As a teacher you try to strike the balance between feedback and care so it can be heard in a way that the specific student can hear it. This extra effort is what Steve gave to his students, and it’s why that chair in his office was so often occupied. In conversations with him, we discussed student needs in depth, and if a student needed time with him or extra time, Steve never went into power mode, investigating whether or not the student’s request was authentic. Steve believed his students, and in turn they trusted him.

I came into Steve’s life in the summer of 2017, mere weeks after Judy moved permanently into a long-term care residence. This was a painful time for Steve and he was bursting with love, song and sadness. As co-instructors of the Review of Journalism, we didn’t always agree. We were mostly on the same page, but every now and then, we had a fundamental disagreement about an approach to a story, or its angle. Still, we never had an argument, we talked things out. This ability to converse meaningfully was Steve’s special skill.

In his Walrus Talks speech, Steve reflected on what piqued his curiosity in human engagement, a search for something more than the pornography of pain. We, he suggested, “focus far too much on loss. But from my perspective, as a lifelong disabled person, and a long time magazine editor and teacher, what is far more compelling, engaging and utterly human is what follows loss. What do we discover about life, what do we find in ourselves.”

The thing is Steve knew, first hand, what it felt like to not be given the attention you deserve. From the age of seven when his condition was first diagnosed, he experienced forms of exclusion and systemic discrimination. He used his Abilities column, which read like fables, to highlight these challenges, including one disastrous Review of Journalism launch event at a venue that was supposed to be wheelchair accessible but wasn’t. Steve wrote about it, highlighting a major mistake in my approach to a disability problem: trying to solve the problem without involving him. In a 2022 column, he wrote of his latest medical crisis and the frustration he faced in the medical system, which isn’t much different from any other system. “It takes time and empathy to understand how our inner workings really work,” he wrote. “Too often assumptions are made about us without ever talking to us. Too often we are ignored and denied assistance. Too often our need to bring in our own support people and adaptive equipment are questioned, even denied.”

Because he knew what it felt like to be on the receiving end of harm, and because he was fundamentally an empath, Steve’s teaching style was all about mentorship and care, in particular for the more vulnerable students in each cohort. Watching him gave me the confidence to apply that approach — it’s what some people call lenience.

One year, one of our students told us we needed to be tougher. I didn’t take this student’s advice, as much as I trusted her. Instead, I can say that I attribute to Steve some part of my teaching philosophy around student care. He very quickly dismantled my initial, career-hardened approach to teaching — “you can do it if I can” — by showing me that that attitude was a load of bollocks.

There is not a single approach to teaching, nor a perfect one. But Steve’s approach got results. All through the mastheads of newsrooms and magazines in Canada and overseas are the much respected and nurtured recipients of that guidance. 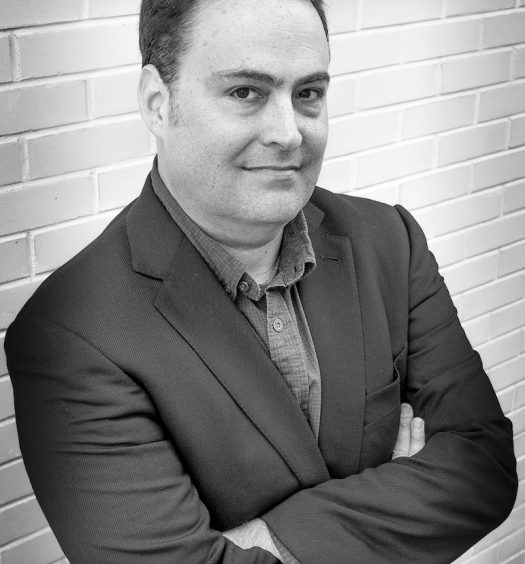 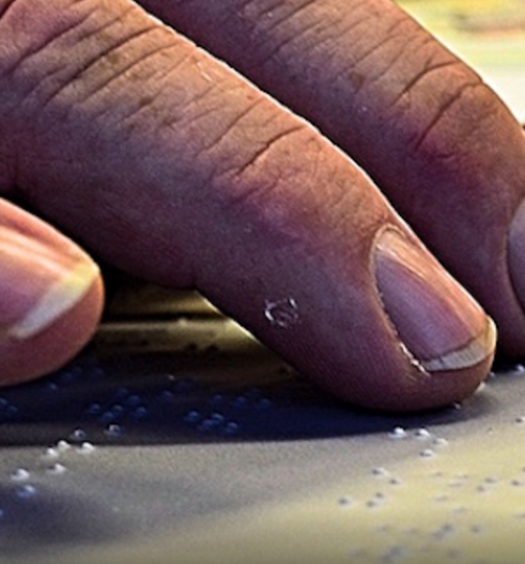 Read More
News for all