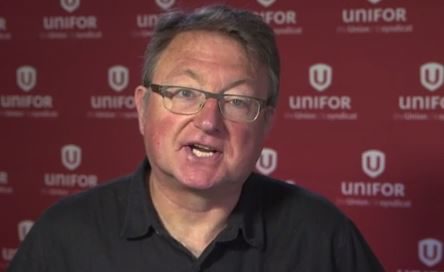 Opinion: If a media union can’t make endorsements, then editorial boards shouldn’t either

If endorsements—or in this case, an un-endorsement—are off-limits for media unions, then it’s only fair we ask why newspaper editorial boards still endorse parties, writes Ishmael N. Daro.

The union representing thousands of journalists in Ontario caused a shitstorm Monday when it asked its 2,600 members to consider the anti-labour policies a Progressive Conservative government led by Tim Hudak might enact and to vote accordingly.

Unifor Local 87-M, the union long known as the Southern Ontario Newsmedia Guild, is right in the heart of Canada’s news industry and represents journalists at the Toronto Star, Toronto Sun, Globe and Mail, Ottawa Citizen, Maclean’s Magazine and more than two dozen other outlets. As such, it’s rather remarkable the union came out against the Tories, and the accompanying press release notes it is “an unprecedented move.”

The reaction on Twitter, especially among most journalists, was one of shock. Many thought the announcement and the needlessly inflammatory language about “Tea Party groupies” reflected badly on the profession, with many reporters in Local 87-M working in traditional newsrooms that maintain strict neutrality in news coverage. Fair enough.

Furthermore, it sounds like the announcement blindsided the membership, many of whom may not share the anti-Tory views of the elected executive or simply don’t want to stir up accusations of bias. Again, that’s fair.

But if endorsements — or in this case, an un-endorsement that basically achieves the same end — are off-limits for media unions, then it’s only fair we ask why newspaper editorial boards still endorse parties.

This provincial election, many Ontario newspapers have endorsed Hudak, including the Globe and Mail, Toronto Sun and National Post. That’s three out of the four dailies in Ontario’s biggest city, with the most voters and most electoral districts in play. In those cases, the message wasn’t directed at 2,600 dues-paying members, but at the general public. And if that doesn’t cast doubt over a news organization’s judgement, I don’t see how a union highlighting a party’s anti-unionism will do much worse.

Maybe the sensible thing would be to do away with endorsements altogether, simply because they’re not particularly useful.

In the case of editorial board endorsements, few people even know what an editorial boardis anymore. Most readers will just see “Newspaper endorses Party X” and assume it goes for the entire staff. Besides, the opinion-mongers are rarely representative of the reporters in the newsroom, so it does a disservice to readers and fellow journalists to blur that line.

In the case of Unifor Local 87-M, it’s hard to believe journalists who follow the news as part of their jobs aren’t already aware that Hudak is a proponent of anti-labour laws, even if he’sbacked away from some of his more contentious proposals. Those who are sympathetic to the view that labour unions are outdated and useless won’t be swayed by their union rep, and those who hope to preserve labour rights almost certainly wouldn’t have voted conservative anyway. (The video up top, featuring Jim Slotek of the Toronto Sun, also makes gratuitous use of air quotes, which is bad.)

Maybe what we should really be talking about is the myth of objectivity, the notion that journalists, even hard-nosed news reporters, don’t have personal experiences and opinions through which they filter the world. That’s almost never a partisan filter, but it’s hard not to have some political views that shape our world. The sooner we do away with this relic of a bygone era and embrace disclosure over obfuscation, the better. Then it won’t seem so Earth-shattering when journalists or organizations seeming to represent journalists espouse a political viewpoint every now and then.

Ishmael N. Daro is a Toronto-based writer and founding member of the Albatross, where this piece was originally published. It was reprinted here with his permission.