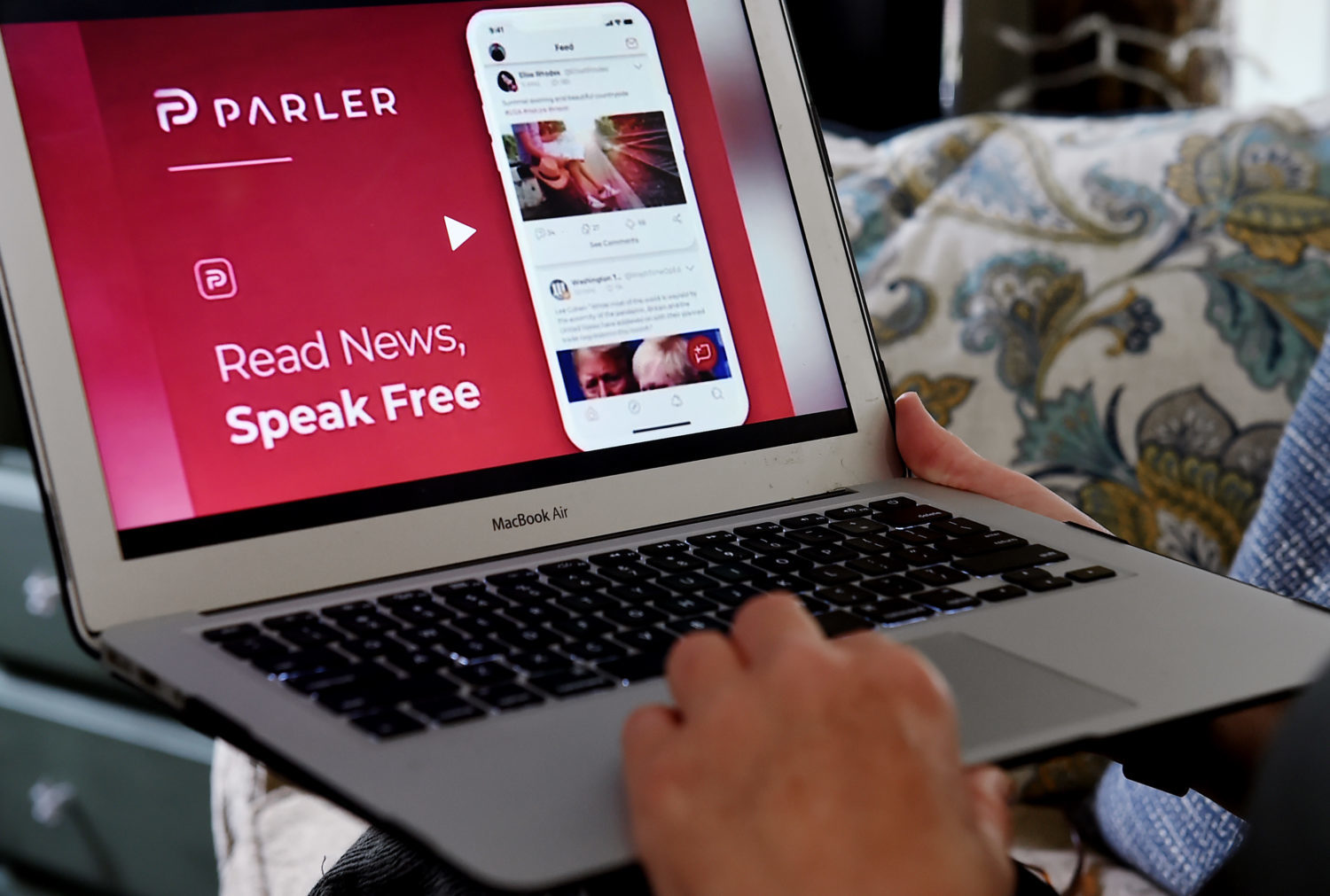 Parler is bringing together mainstream conservatives, anti-Semites and white supremacists as the social media platform attracts millions of Trump supporters

While it’s too early to tell if Parler is here to stay, it has already achieved a reputation and level of engagement that has overtaken other alternative platforms

Since the 2020 U.S. presidential election, Parler has caught on among right-wing politicians and “influencers” – people with large online followings – as a social media platform where they can share and promote ideas without worrying about the company blocking or flagging their posts for being dangerous or misleading. However, the website has become a haven for far-right extremists and conspiracy theorists who are now interacting with the mainstream conservatives flocking to the platform.

As the three highest-profile social media companies – YouTube, Facebook and Twitter – continue to take action to mitigate the spread of extremism and disinformation, Parler has welcomed the ensuing exodus of right-wing users. It has exploded in popularity, doubling its members to 10 million during the month of November – although it is still dwarfed by Twitter’s roughly 330 million monthly active users.

With its newfound success, the site is contributing to the widening gap between the different perceptions of reality held by the polarized public. On mainstream social media, Joe Biden and Kamala Harris won the presidential election, and theories alleging crimes by the Biden campaign and Democrats are flagged as misinformation. On Parler, Donald Trump won in a landslide, only to have his victory stolen by a wide-ranging alliance of evildoers, including Democrats and the so-called “deep state.”

While it’s too early to tell if Parler is here to stay, it has already achieved a reputation and level of engagement that has overtaken other alternative platforms. But along with its success comes the reality that extremist movements like QAnon and the Boogalooers have thrived in the platform’s unregulated chaos.

Parler was launched in 2018 and found its place as another niche platform catering to right-wing users who ran afoul of content moderation on Facebook, Twitter and YouTube. Its user base remained small – fewer than 1 million users – until early 2020.

Other primarily right-wing platforms, especially Gab, had housed fringe and violent ideologues and groups for much longer than Parler. These included violent far-right militias and the mass shooter Robert Bowers.

Parler, in contrast, gained a reputation for catering to mainstream conservatives thanks to a handful of high-profile early adopters like Brad Parscale, Candace Owens and Sen. Mike Lee. As a result, in 2020 when Twitter began labeling misleading Trump tweets about possible fraud in absentee and mail-in voting, politicians like Ted Cruz embraced Parler as the next bastion for conservative speech.

These actions continued in the wake of the election, especially as mainstream conservative politicians and Trump pushed the false claim that Biden and the Democrats committed large-scale voter fraud to steal the election. Consequently, millions of users migrated to alternative platforms: Gab, MeWe and, in particular, Parler.

Users flocked there because of the promise of a site that wouldn’t label false information and wouldn’t ban the creation of extremist communities. But they also moved because Republican politicians and well-known elites signaled that Parler was the new home for conservative speech. These include commentator Mark Levin and Fox host Sean Hannity.

Parler has only two community guidelines: It does not knowingly allow criminal activity, and it does not allow spam or bots on its platform. The lack of guidelines on hate speech has allowed racism and anti-Semitism to flourish on Parler.

My research centre has spent several years building an extensive encyclopedia of far-right terminology and slang, covering niche topics from the spectrum of white supremacist, neo-fascist and anti-state movements. We have studied the ways that far-right language evolves alongside content moderation efforts from mainstream platforms, and how slang and memes are often used to evade regulations.

We have monitored far-right communities on Parler since March and have found frequent use of both obvious white supremacist terms and more implicit, evasive memes and slang. For example, among other explicit white supremacist content, Parler allows usernames referencing the Atomwaffen Division’s violentlty anti-Semitic slogan, posts spreading the theory that Jews are descended from Satan, and hashtags such as “HitlerWasRight.”

In addition, it is easy to find the the implicit bigotry and violence that eventually caused Facebook to ban movements like QAnon. For example, QAnon’s version of the “blood libel” theory – the centuries-old conspiracy theory the Jewish people murder Christians and use their blood for rituals – has spread widely on the platform. Thousands of posts also use QAnon hashtags and promote the false claim that global elites are literally eating children.

Among the alternative platforms, Parler stands out because white supremacists, QAnon adherents and mainstream conservatives exist in close proximity. This results in comment threads on politicians’ posts that are a melting pot of far-right beliefs, such as a response to Donald Trump Jr.’s unfounded allegations of election crimes that states, “Civil war is the only way to drain the swamp.”

Parler’s ownership is still kept largely secret. However, the few pieces of information that have come to light make Parler’s spike in popularity even more concerning.

For example, Dan Bongino, the highly popular right-wing commentator who published a book about the “deep state” conspiracy theory and frequently publishes unverified information, has at least a small ownership stake in the company. CEO John Matze has said that the ownership is composed of himself and “a small group of close friends and employees.”

Notably, conservative billionaire Robert Mercer and his daughter, Rebekah, are investors in the platform. Rebekah Mercer helped co-found it with Matze. The Mercers are well known for their investments in other conservative causes, including Nigel Farage’s Brexit campaign, Breitbart News and Cambridge Analytica. The connection to Cambridge Analytica has, in particular, alarmed experts, who worry that Parler may harvest unnecessary data from unwitting users.

Parler’s privacy policy doesn’t put to rest concerns about user privacy, either: The policy says that Parler has permission to collect a vast amount of personal information, and gives its members much less control than mainstream platforms over what that data can be used for.

Parler’s fate will hinge on what its members do over the next few months. Will the company be able to capitalize on the influx of new users, or will its members slowly trickle back to the larger platforms? A major factor is how Trump himself reacts, and whether he eventually creates an account on Parler.

Having catered to a right-wing audience and allowed hate speech to thrive on its platform, Parler is also at the whims of its user base. Parler’s main competitor, Gab, similarly attempted to capitalize on concerns about unfair moderation against conservatives. However, Gab’s expansion came to a halt after Bowers’ mass shooting at a synagogue in Pittsburgh. Bowers had been posting anti-Semitic and violent content on the platform, and the revelation resulted in PayPal, GoDaddy and Medium banning Gab from their services.

Online extremism and hate can lead to real-world violence by legitimizing extreme actions. Parler’s tolerance of hate, bigotry and affiliation with violent movements opens the possibility that, like Gab, one or more of its members will commit acts of violence.

Although it’s hard to know how Parler will grow in the future, my research suggests that the extremism among its user base will persist for months to come. 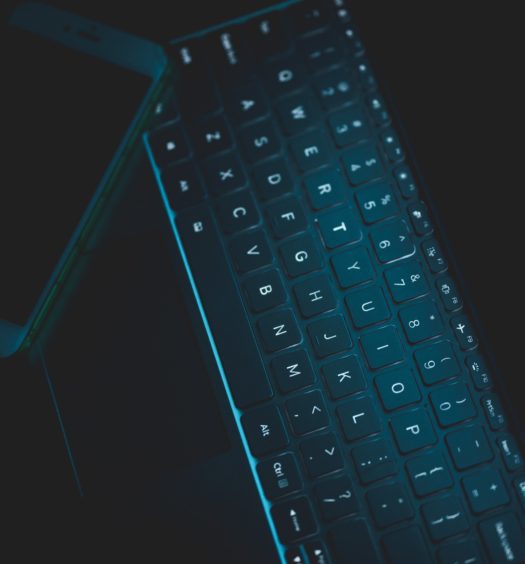