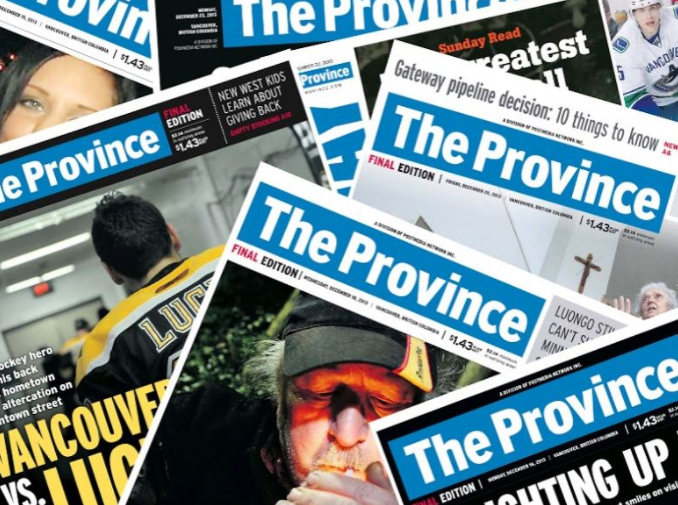 Union says that together with recent buyouts, entire staff has been reduced by 42 per cent.

Postmedia has announced that they plan to lay off 54 staff at the Vancouver Sun and The Province by early April.

A memo posted by Financial Post media reporter Sean Craig on Twitter outlined details of the layoffs, described as the “second stage of our salary deduction initiative.” Phyllise Gelfand, Postmedia’s spokesperson, confirmed to J-Source in an email that the layoffs are, “further to the salary cost reduction initiative previously announced and the end of the voluntary buyout process.” Last year, Postmedia offered buyouts company wide.

Postmedia is laying off 54 at Pacific Newspaper Group, its division which owns the Vancouver Sun / Province. Here’s the memo. pic.twitter.com/5BhephIWg3

The memo states that lay-offs will likely impact all departments at the Pacific Newspaper Group, the division of Postmedia that includes the Sun and The Province. The two papers’ newsrooms merged last year as part of another large round of layoffs and mergers at Postmedia.

Under the terms of the employees’ collective agreement, employees also have the option to take a buyout in place of any staffers “who would otherwise be laid off.”

This announcement comes just a day after news leaked of substantial benefits cuts for non-unionized Postmedia employees. Vancouver Sun and The Province staff are represented by Unifor Local 2000.

In a statement on their website, Brian Gibson, Unifor Local 2000 president, said that the employer has actually turned a profit. “There’s no reason for aggressive job cuts that will further damage the quality of professional journalism that British Columbians rely on,” he added.

The union said that these potential layoffs, combined with recent buyouts, has reduced the entire staff by 42 per cent. “The latest round of lay-offs try to skirt the collective agreement and will ultimately face legal challenges from the union,” the statement continues.

Meanwhile, reaction to the news has slowly trickled out on Twitter:

I’m in shock. So is almost everyone else in the newsroom. Difficult to focus. Layoff notices out March 24th @VancouverSun @theprovince

Very grim in this Sun/Province newsroom today with 54 layoffs announced despite profits made from our Van readers/advertisers.

Bought these years ago, in my first real job as a reporter, at The Vancouver Sun. Sad day today. pic.twitter.com/w1dgZKzClD

Good god … it absolutely breaks my heart to see what is happening to my former newspaper. Devastating. https://t.co/7vnCs5uw0B

Heartbroken to hear of 54 layoffs coming to my former newsroom. These are good, talented people. #cdnmedia https://t.co/e6fIpBiB6v 🙁

Mass layoffs at Sun/Province today, as last of signage comes down from 200 Granville. Angry and saddened. Thinking of friends there. pic.twitter.com/slMFsHldo9

Postmedia Vancouver Sun The Province BC 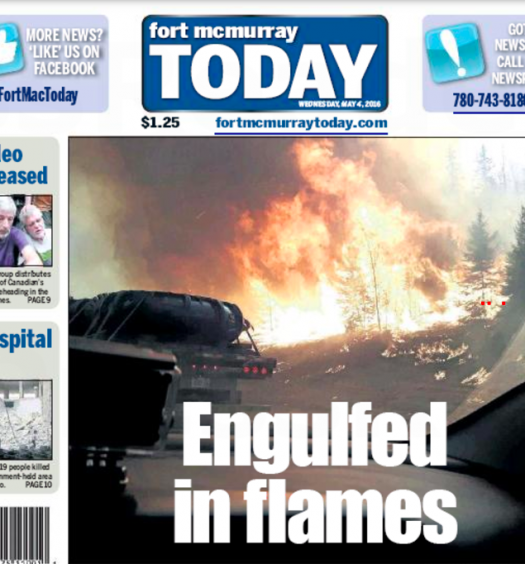