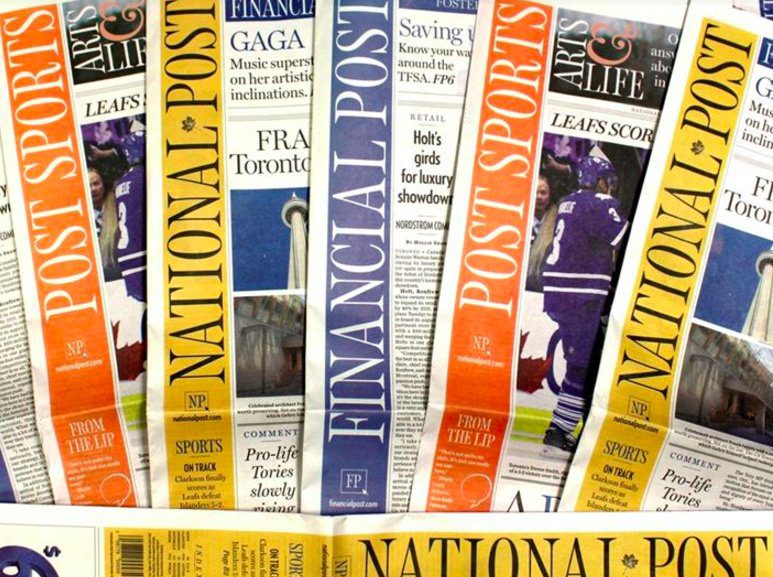 The National Post and Financial Post insert is still included in the Saskatoon StarPhoenix and Regina Leader-Post.

Print editions of the National Post and Calgary Herald are no longer available in Saskatchewan.

Phyllise Gelfand, Postmedia spokesperson, confirmed to J-Source that as of July 1, distribution of the two papers has ceased in the province. A limited number of the Saturday National Post and Herald had been sent — via Greyhound Bus — to an independent distributor in Saskatchewan. Gelfand said in an email that the service was discontinued as part of a Postmedia cost reduction initiative.

I didn't notice this until today, but apparently the @nationalpost isn't distributing their print edition in Sask. anymore. pic.twitter.com/PJfmMYBwGM

Selected content from the National Post and Financial Post are still available as inserts in the Saskatoon StarPhoenix and the Regina Leader-Post. The inserts were introduced in 2015.

This is not the first province to have print access to a national newspaper limited. Newfoundland’s National Post print distribution was cut in 2007.

The National Post’s Monday editions were permanently cut in June 2017. Before that, they had only been cut during the summer months.

Postmedia did report a $13 million net profit in their fiscal third quarter this year, which The Canadian Press reported was a result of “one-time, non-cash items including a $22.8 million gain related to changes in the company’s employee benefit plans.”