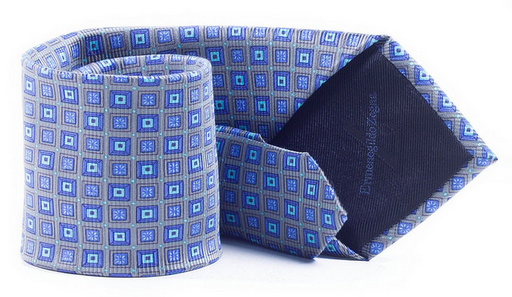 When you open a magazine to read a profile of a well-known individual, there is an expectation that you will be given access to some facet of their life you weren’t aware of before—a hidden inner persona, or an altered view of their public life.

David Macfarlane’s profile of then-Ontario premier Mike Harris in Toronto Life’s June 1996 issue doesn’t do any of that, exactly. It’s title, “The King of Common Sense,” indicates a profile about the leader of some kind of rightward shift in the province’s politics, but the opening scene doesn’t quite take us to Harris himself. Instead, Macfarlane takes the reader to a street protest between Toronto’s Westin Harbour Castle and a hotel convention centre, where men in suits are heading to the 1995 Ontario Progressive Conservative Party dinner. The dichotomy between people chanting “cut the cuts” versus the men in suits who don’t give the protest a passing glance sets up the political climate Macfarlane is about to take us through..

Four paragraphs into the piece, Macfarlane finally tells us that “at the centre of [this clash], of course, is the solid, comfortable figure of Mike Harris.” Macfarlane uses this sentence as a transition to the many opinions about Harris and where they’re being voiced from, then circles the reader back to the fundraiser, where attendees are convinced that this night is the start of “the Common Sense Revolution.”

Two pages in, Macfarlane is still drawing circles around Premier Harris without zooming in. He tells us about the Globe and Mail’s front-page story for the day of the dinner, and how taxpayers were footing thousands of dollars’ worth of Harris’s bills for dry cleaning and entertainment. He recalls how Harris entered the legislature and defended himself against the accusations with a “motionless monotone” and “mumbled obfuscation.” Then, we watch as Harris and his wife enter the dinner, “brim[ming] with emotion and energy.”

Macfarlane’s six-page profile occupies a unique space between literary journalism and straight reporting. Half of the feature it’s a brazenly one-sided and imagined letter to Macfarlane himself, wondering why Harris and his team weren’t giving him access to the politician for the profile. In this quasi-fictional narrative Macfarlane speaks to himself, asking, “So, you said his press people have been giving you the runaround? You poor baby . . . . What do you expect?” But it’s not, in fact, fiction: everything said is real information.

Macfarlane’s letter to himself by a made-up voice becomes an extended metaphor for the media and general public’s perceptions of Mike Harris. It becomes a means to debunk or validate them— or just present the truth about these perceptions. The “I” telling Macfarlane what he feels about Harris remains a mystery.

What starts as a funny piece about the toils of being a journalist waiting for an interview becomes a subtle way to present information about Harris himself. When Macfarlane takes shots at himself for not liking Harris’s ties, or thinking he’s “not very introspective,” the reader gets the telling details that Harris’s ties are not very professional and that he’s more than what his biography suggests.

There is a noticeable repetition of sentence structure. Sentences beginning with “you think” and “these were” make up an entire paragraph. Back-and-forth questions and answers make up another. Opinions are obviously mixed with facts. “Not what you would call riveting,” says Macfarlane about Harris’s biography. “Still. Pretty ordinary stuff,” Macfarlane says about Harris’s political history.

Eventually, on the last page, Macfarlane “The Journalist” does meet Harris, who has “the perfect voice to speak for the Common Sense Revolution.” It’s a brief instant look at the man the reader has learned about without seeing or hearing from directly. Suddenly the reader isn’t a listener anymore, but an observer of Harris’s look, manner of talking and issues he brings up—but only for a minute.