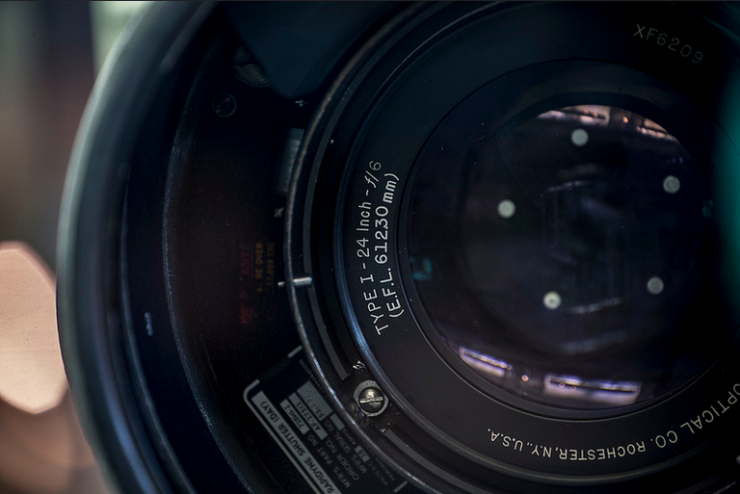 Restrictive photography contracts for entertainment events such as concerts aren’t new to photo desks, though in recent years they have started to veer into the extreme.

Last Saturday, freelance photographer Francis Vachon arrived at Quebec City’s Plains of Abraham Bell Stage to cover a concert for Le Devoir. It was the start of the city’s Festival d’été de Québec, and the headlining Foo Fighters were slated to play at 9 p.m. He got there early, took plenty of shots of fans milling about and waiting for the set to start, then put his camera down for the show itself.

Like every other media rep there, he’d received a contract from the band’s management team, which included a number of stringent requirements such as relinquishing copyright to any photos taken of the show, only using photos in news articles for up to a year and giving the band moral rights to the images as well.

“Everything we shoot, they’d own it,” said Vachon. “With copyright and moral rights—if they own both, it would be possible that I cannot even say that I shot the photo.” As a freelancer, the ability to re-sell or showcase his work as portfolio items was also an issue. “When I received the release I had to sign, I expected this. I read it, sent it to the desk, and said, ‘I don’t think we should sign this.’”

Other publications who’d sent photographers to the same concert also refused to sign the contract. In the case of Le Soleil, the photo desk sent photographer Jean-Marie Villeneuve to shoot photographs from an area outside of the media section of the arena. In what was likely a festival first, the paper also sent illustrator Francis Descharnais to produce drawings of the show.

“We sent this cartoonist to draw attention to the fact that this is unacceptable,” said Geneviève Bouchard, a Soleil columnist who also covered the set that night.

Restrictive photography contracts for entertainment events such as concerts aren’t new to photo desks, though in recent years they have started to veer into the extreme. Mainstream artists such as Lady Gaga and Beyoncé have, while on tour, put requirements on press photography contracts that range from transmission of copyright, to allowing the publication of a photo only once, to simply banning news photographers from events altogether.

“We have seen an increase in recent years of the types of restrictions on contracts,” Montreal Gazette photo editor Marcos Townsend wrote in an email to J-Source. “Normally, when we’ve disagreed, we’ve crossed out some parts of the contract and signed it. They’re not usually rejected.”

So last week, when Montreal news photographers found themselves in a similar circumstance for a Taylor Swift concert performed at the Bell Centre on July 7, Townsend and the Gazette sent the contract back with a few changes.

“We followed the usual route of crossing those things out, signing and returning the contract. They sent back a counter-proposal a few hours before the concert. Their counter made it clear we far from coming to any agreement so we decided to cancel coverage,” Townsend said.

Swift’s contract, which allowed photographers and outlets one-time use of any photos taken, also gave her management team the right to repurpose images at any time, to damage the equipment of photographers in violation of the contract and absolved staff of any responsibility should a photographer be injured in the process.

The Gazette asked instead for the ability to re-use photos indefinitely and that the clause about confiscation of gear and repercussion-free injury be removed.

“Their counter-proposal only deleted the reference to confiscation of gear. In requesting the ability to use our photos for any commercial or non-commercial purpose, their counter-proposal went further than the initial proposal, which only requested rights to use the photos for non-commercial use.” In the end, the Gazette opted out of sending a photographer to the concert and posted an online explanation highlighting why. Other outlets, such as La Presse, Le Journal de Montréal, Le Devoir and Métro, followed suit.

“This isn’t a first for newspapers,” said Vachon, pointing out that Washington City Paper and Irish Times had, respectively, boycotted Foo Fighters and Taylor Swift concerts over the same contract. “But it’s the first time so many newspapers from the same city ganged up together to do it.”

For Bouchard, there is also a news element that’s lost when concert photographers are held to increasingly stringent contracts. Twenty minutes into the Foo Fighters’ Festival d’Eté set, the band had to cancel its show due to an overpowering rain storm. “In a show like Quebec City, with the rain, if you have just this photo that the band supplied for you with your article, you’re not portraying what really happened.”