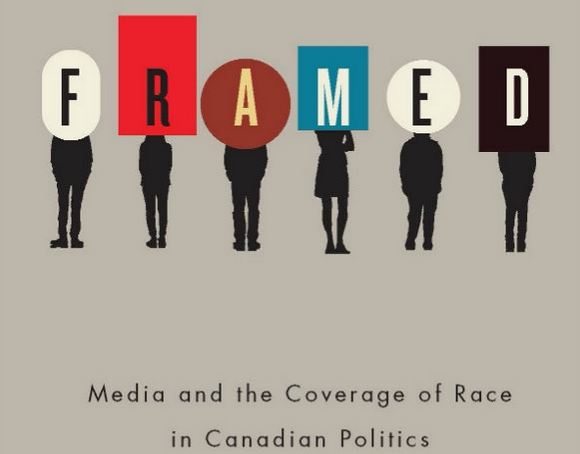 With October’s federal elections inching closer, there will be a steady stream of coverage in mainstream newspapers across the country of the candidates vying for a seat in Parliament. As journalists and newspaper editors put together these stories, Canadian researcher Erin Tolley is calling for them to give careful thought to how they depict candidates of visible-minority backgrounds.

Tolley, an assistant professor in political science at the University of Toronto, is the author of Framed: Media and the Coverage of Race in Canadian Politics, a book-length study set for release in November, which examines how race factors into news stories about politicians and political candidates.

The book includes empirical data she collected during the 2008 federal elections after studying and comparing a sample of over 1,000 news stories from 18 mainstream Canadian daily newspapers on both visible minority and white candidates, as well as candid interviews with political candidates, others working in politics, and journalists.

While Tolley maintains the book’s message is not that the media are racist—she finds absolutely no examples of blatant racism in her analysis—what Framed does is use media coverage of Canadian politics to underline the fact that race still matters in Canada.

Likely candidate or a long shot?

One particular area of focus Tolley spends a lot of time analyzing is how a candidate’s viability in the election run was framed. Were they considered likely to succeed, or more of a long shot?

If the candidate was an incumbent (currently holding the seat in Parliament), no matter whether he or she was a visible minority or not, Tolley finds the coverage to be relatively the same. If the person was a non-incumbent, however, the differences in coverage become apparent.

“What I found is if you’re a visible-minority non-incumbent you’re portrayed as a long shot, an unlikely winner—basically you don’t have a hope,” said Tolley. This wasn’t the case for white non-incumbents.

This finding speaks to a certain level of skepticism that exists around visible-minority candidates, she adds. They tend to have to prove themselves in ways their white counterparts do not.

Tolley finds the notions of visible-minority candidates only being able to serve people from their own ethnic group and unable to understand the issues of other Canadians concerning. White candidates, she says, don’t face this challenge.

“When I talked to political strategists from the party, people who worked on the campaigns, they said, ‘Yes, they need to meet a higher bar,’” explains Tolley. “They’re going to be met with skepticism—they’re going to have to be better and to be stronger in order to get nominated and in order to win.”

Pigeonholed on the issues

Where Tolley also finds stark differences in coverage is in the types of issues visible minorities seem to be most connected to. While they are often quoted in stories on immigration policy, multiculturalism or poverty—all “so-called minority issues,” as Tolley refers to them—their voices are often absent from stories about more “pressing” issues like the economy and the environment.

“Some people said to me, ‘Well, that makes sense because probably visible minorities don’t care as much about those issues,’” recalls Tolley. “[But] when I talked to visible-minority candidates about their issue priorities, many of them talked about the economy—things like taxes, finding good jobs, having credentials recognized, that sort of thing—and that doesn’t come out in their media coverage.”

White candidates, she says, don’t face this challenge, as they are often positioned as having broad reach and the ability to “woo” or “court” the ethnic vote.

With the upcoming elections, there is still time for media outlets to consider Tolley’s research in their approach to the stories that they run. Everything from picture and headline choice to inclusion of socio-demographic background and whether a “diversity” angle is relevant to a story or not should be considered, she advises.

But most importantly, Tolley says, people—not just the media, but all Canadians—need to be open to the idea of talking about race, a subject she found during her research many are still uncomfortable with.

This article originally appeared on New Canadian Media, and is reprinted here with permission.