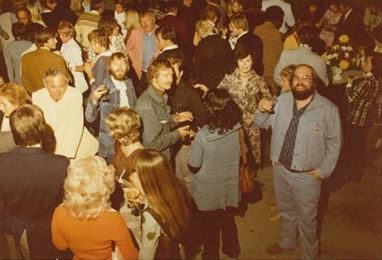 Global Edmonton launched as ITV on Sept. 1, 1974. Check out some highlights from its 40-year history, along with some big hair and questionable fashion choices.

Global Edmonton launched as ITV on Sept. 1, 1974. Check out some highlights from its 40-year history, along with some big hair and questionable fashion choices.

ITV launched with the movie Hello, Dolly! The channel also aired content from ABC and CBS as well as locally produced programming such as The Tommy Banks Show and In Concert.

One year after the channel launched, it began airing News at 6 with anchor Doug Main, sportscaster Wes Montgomery and weatherman Bill Matheson.

A street for Charles Allard, the creator of ITV, was unveiled at which his children were present. Allard died two days later at the age of 72.

Gord Steinke joined the ITV News team to anchor the news along with Jacqueline Clarke.

The former host of The Oilers on ITV and long-time ITV News Director, Tim Spelliscy, became the general manager of the newsroom. He grew the newsroom staff and added local programming and microwave trucks.

Global Edmonton took its flagship News Hour show on the road to communities in and around Edmonton.

Global Edmonton went social with the launch of its official Facebook page.

Global Edmonton and its parent network Global Television became part of Shaw Media after Canwest was acquired by Shaw.