Image by moritz320 from Pixabay
Columns

In the unknown place just out of sight of home, journalists find new questions to ask and new stories to tell, stories that need telling whether or not they’re comfortable to hear

“That reporter is too biased to cover this story.” It’s a too-familiar complaint from news consumers — and sometimes also from newsroom managers — because people expect journalists to be impartial, detached or even “objective.”

The fraught idea of journalistic objectivity was at the centre of a recent controversy at the Washington Post.

The story of Post politics reporter Felicia Sonmez began with her 2018 allegation of sexual assault against a fellow journalist. Soon, she’d been banned from covering stories that “hinged on sexual misconduct” and, by extension, the #MeToo movement — a ban finally lifted on March 29.

Similar perceptions of “bias” have stymied Canadian journalists in relationships with politicians, gay reporters covering marriage reform and Jewish or Muslim reporters in the Middle East.

Journalists, apparently, should not report from territory to which they’ve spent their lives acclimating — unless you count education, health care, war, sports, travel, cars or real estate.

Racialized reporters, for instance, often get hit with the word “objective” when they pitch or file stories about race.

“Our professionalism is questioned when we report on the communities we’re from, and the spectre of advocacy follows us in a way that it does not follow many of our white colleagues,” Pacinthe Mattar recently wrote in The Walrus.

Mattar quoted a news producer as saying: “There seems to be the assumption that racialized journalists cannot co-exist with the journalistic standards of being fair and balanced and impartial. Really, what we are fighting for, what we’ve always been fighting for, is just the truth.”

And that’s the problem: does telling the truth require journalists to detach themselves from their life experiences? Is this degree of balance or impartiality even possible?

As far as I can tell, few professors use the O-word nowadays in Canadian journalism schools. Journalists inevitably bring their subjective experiences to work and must learn to recognize and manage their biases and assumptions. They are human beings — they have feelings about the events and people that they find interesting.

Still, the controversial ideal of “objectivity” is uncannily resilient. It’s especially widely invoked in the United States — long after the actual word objectivity was removed from that country’s professional journalists’ ethics code in 1996.

Clever academics have helped keep the O-word alive by massaging its meaning to suit a more limited purpose than intellectual detachment.

Columbia University’s Michael Schudson defined this “chief occupational value of American journalism” as “at once a moral ideal, a set of reporting and editing practices, and an observable pattern of news writing.”

Likewise, Canadian ethicist Stephen Ward has promoted a method of “pragmatic objectivity” that requires journalists to step back from their own beliefs to apply tests for empirical validity, logical coherence, “self-consciousness” and transparency.

And so impartiality limped stubbornly into an age of duelling truths.

Research by a team I led found that most Canadian journalists still see themselves as detached watchdogs — autonomous monitors of power and privilege. And I’ve lost count of how many times I’ve heard students and working journalists say words to the effect of: “We know objectivity’s impossible, but we aim for it anyway.”

It’s an impossibility that now leads some to embrace outright, unabashed advocacy.

A new book, The Roots of Fake News: Objecting to Objective Journalism, by father-and-son British professors Brian and Matthew Winston, argues against the “fantasy” of a journalism that provides “pure truth.” They call for journalism to be rebuilt wholesale on a more “honest, biased, subjective foundation.”

That seems unnecessarily extreme. Yes, journalists’ ranks have always included commentators who unapologetically advocate for one or another form of social change (whether leftward or rightward) or for the status quo. But not all.

Newsrooms are big tents whose occupants, diverse even if only in interests and aptitudes, produce nuanced documentaries and breaking-news tweets, baseball reports and concert reviews, data-mining investigations and courthouse updates.

Some are in this business to make the world better. Others live to fact-check. Still others like making people laugh.

Writing at the century’s turn, Bill Kovach and Tom Rosenstiel rejected outdated notions like objectivity and balance in favour of 10 distinguishing marks of journalism that hinge upon a “discipline of verification.”

Their book, The Elements of Journalism, has been required reading in journalism schools around the world for the last two decades, but mass addiction to the O-word continues.

If a benign replacement is needed to break the O-habit, it could be a much humbler ideal: plain, old-fashioned skepticism.

The uninhibited questioning of what others take to be facts is nothing like a claim of neutrality or to be seeking “pure truth.” Skeptical journalists make no claim except their own ignorance and they expect to be surprised daily. When called upon to opine, interpret or analyze, they stay within sight of evidence.

As for a unifying purpose, they seek merely to provide (in the words of Oxford University’s Rasmus Kleis Neilsen) “relatively accurate, accessible, relevant, and timely independently produced diverse information” about public affairs.

It’s neither bias nor objectivity but simple curiosity that has led journalists to ask unsettling questions like: Were soldiers dying because governments spread lies to justify wars? Was a wildly popular newfangled financial instrument sound? Did a leading magazine skip fact-checking a false allegation of campus rape?

The tradition lives on despite dissent’s growing hazards: Is the science of combating pandemics more complicated than governments would have us believe? Does realistic health policy require setting a numerical limit on “acceptable” deaths? Are Canadian lawyers debating a court-enforced declaration of pronouns?

To ask questions when all around believe they know the answers requires both mental discipline and hard-won confidence. But it’s both more reasonable and more inclusive than enforced detachment.

Under skepticism’s rubric, subject matter with which you’re intimately familiar is the opposite of forbidden territory; your life’s experience can provide perfect trailheads to unfamiliar paths, because you know where to look — you know what you don’t know.

There, in the unknown place just out of sight of home, journalists find new questions to ask and new stories to tell, stories that need telling whether or not they’re comfortable to hear.

Skepticism, not objectivity, is why democracies need journalists.

This is adapted from an article originally published by the Centre for Free Expression at Ryerson University and republished from the Conversation under a Creative Commons license. 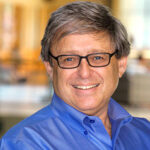 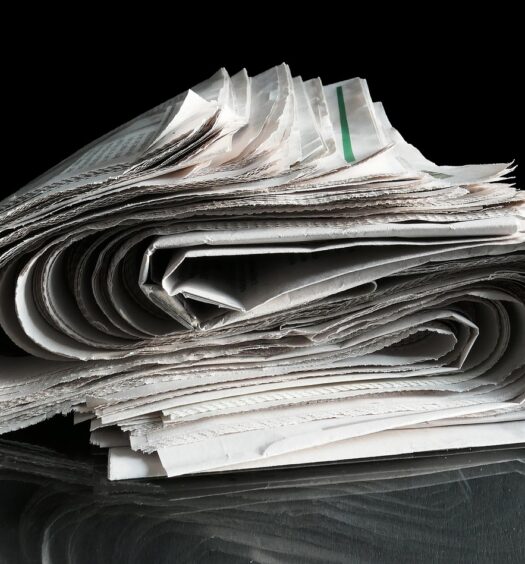 Read More
Skepticism, not objectivity, is what makes journalism matter