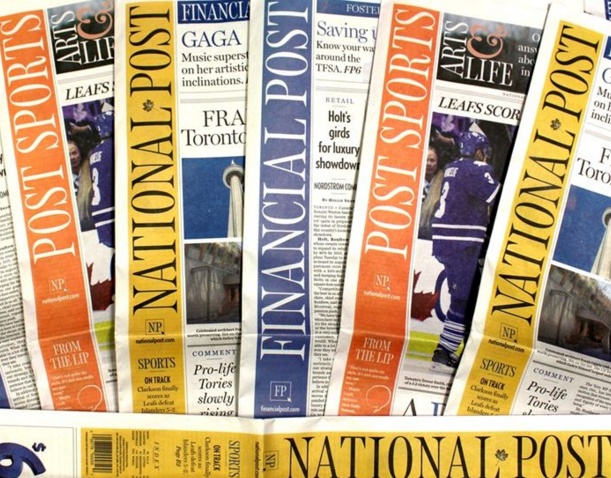 Readers understand columnists have their own opinions. Why don’t owners?

The Conservative and New Democratic parties weren’t the only losers in the October 19 election. The National Post lost an editorials and comment editor – and some credibility.

Andrew Coyne announced his resignation from that position via Twitter on election day after Postmedia’s flagship paper refused over the weekend to run a column in which he endorsed – under his own byline – the New Democratic Party. The newspaper, on its editorial page, endorsed the Conservatives, as did every other Postmedia paper that published an election endorsement.

That those endorsements were dictated by corporate owners isn’t in dispute. Paula Simons of the Edmonton Journal tweeted on Friday: “Before you ask, this was a decision made by the owners of the paper. As is their traditional prerogative.”

All right, that is the way things work, and whether it is the way things should work is another topic, though there is something disconcerting about a supposedly well-qualified editorial board whose job is to understand the issues being told to take a position with which they disagree. Coyne probably wasn’t the only one in that position. The Globe and Mail’s peculiar endorsement, which acknowledged many reasons why Harper should not remain Prime Minister and concluded by advising readers to elect his party anyway and  hope he would then resign – looked like an editorial board trying desperately to preserve some self-respect without disobeying the letter of its instructions.

In the series of tweets announcing his departure as editorial and comment editor, but not as a columnist, Coyne said  that “the owners and managers of a newspaper have a perfect right to set the paper’s editorial line as they wish.” He apparently didn’t fight the decision that the official editorial endorsement would go to the Conservatives. The dispute was over his decision to write in his own personal column that he planned to vote NDP.

Admittedly Coyne’s position, as both head of the editorial board and a columnist with his own byline, was unusual. Maybe that’s an awkward position for a journalist to be in. Perhaps that’s why he resigned from the editorial role but not as a columnist.

But whatever readers expect of unsigned editorials, surely the assumption when there is a name and a photograph at the top of an opinion piece is that the column reflects the opinion of that person, and that the columnist isn’t told which opinions may appear in print.

And surely it’s expected that quality newspapers  offer a range of opinions.

The Globe and Mail didn’t have a problem publishing a column by Gary Mason in which he wrote that “There was one part of The Globe and Mail’s endorsement of the Conservatives that I agreed with.” Margaret Wente wrote, in a semi-positive column about Harper that ran on the page opposite the endorsement, that she was “not about to argue that you should vote for him.”

That’s more like what should happen. Let the owners have the editorial page as their voice if they must, but newspapers should offer other points of view.

To be fair, the Post also published an opinion piece by its founder (but no longer an owner), Conrad Black, that called in no uncertain terms for Harper to go. Apparently that wasn’t likely to confuse readers.

Coyne wrote in his resignation tweets that the Post’s move in spiking his column was unprecedented. It wasn’t, actually. Canwest, the company that formerly owned the Post, became notorious in the early 2000s for telling columnists and local editors what they could and could not write in its pages. It also fired Russell Mills, publisher of the Ottawa Citizen, over an editorial calling on then Prime Minister Jean Chretien to resign. We might have hoped this heavy-handed approach had disappeared under new ownership. Apparently not.