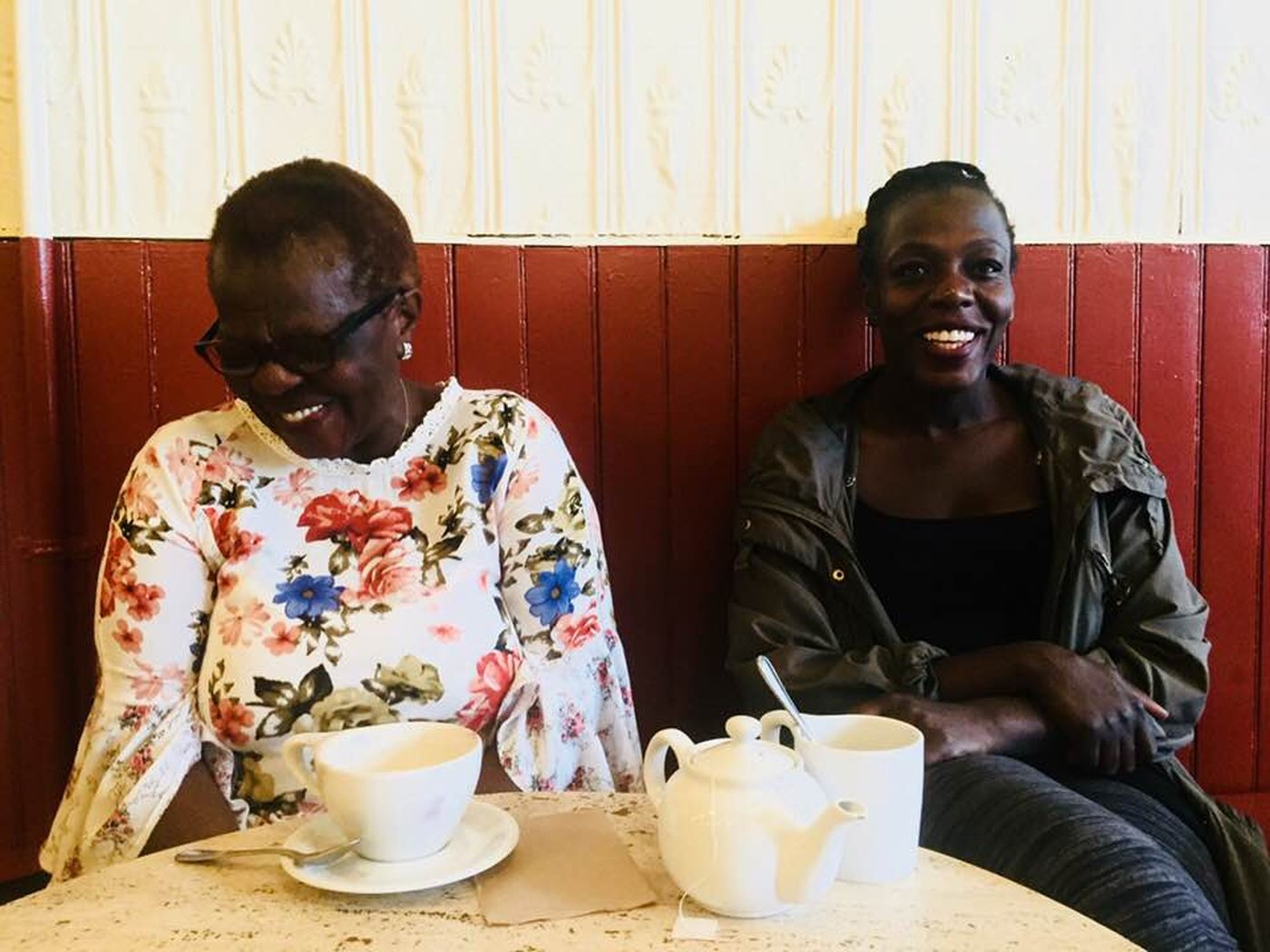 Media Girlfriends co-founder Garvia Bailey and her mother Eva Bailey. Eva Bailey is the subject of the first episode of the podcast Strong and Free, which tells the story of the women who came to Canada as part of the West Indian Domestic Scheme. (Photo supplied)
News

By Andreina Romero  •  5 months ago

Produced by Media Girlfriends, an all-women-of-colour team, the podcast is an example of the importance of diversity in history education and media production

A new limited series podcast about Canadian Black history launched on October 2021 with a trip down memory lane to the social revolution that began taking shape in the 1950s, a time when women everywhere were leaving the domestic realm and entering the workforce.

The first episode of Strong and Free, a limited series podcast about Canadian Black history commissioned by Historica Canada, reveals that as Canadian women were finding themselves outside of the home, hundreds of women from Jamaica, Guyana, Grenada, Trinidad, Barbados, and other Caribbean nations were coming into those same homes as domestic workers.

It was all part of the West Indian Domestic Scheme, an immigration program introduced by the Canadian government in 1955. The program ran for 12 years and ultimately allowed 3,000 women to settle and build new lives in the country.

The podcast is produced by Media Girlfriends, a production company founded by a group of journalists of colour. Through the exploration of this and other fascinating chapters of Canadian history, it seeks to correct what Garvia Bailey, one of the company’s co-founders, calls “errors of omission.”

Bailey, a writer, long-time producer, host, and columnist at CBC is personally connected to this history through her mother, Eva Bailey, who came to Canada in the early 1970s as a domestic worker.

While she did not come as part of the West Indian Domestic Scheme, which ended in 1967, Eva was following a path only made possible by the young trailblazer women who’d come before her.

Featuring interviews between Garvia and her mother Eva, and insights and research from professor Karen Flynn, the episode sheds light on a key period of Canadian immigration history, one that saw a shift from a focus on European immigrants to other countries of the Commonwealth.

The podcast moves through five other engrossing chapters of Black Canadian history.

Some of these include the tragic story of Marie-Josèphe Angélique, a slaved woman accused of starting the Montreal fire of 1734; the story of Mary Ann Shadd, the first Black woman to publish a newspaper in North America; and the evolution of the Haitian diaspora and its many contributions to Quebec’s cultural, political, and linguistic fabric throughout the 1960s and 1970s.

One of the most fundamental elements of the creation process was selecting which historical characters and historical events to highlight, as history is neither neutral nor objective, but eminently political, marked by the particular visions of those who write it.

“The first thing that came to my mind and to those of my fellow producers was that we had to tie Black history to right now; that history isn’t something that happens in the past,” Bailey explained.

The podcast, which was released in French simultaneously as Fort et Libre, also brings to the fore the history of key female historical characters such as 19th century journalist Mary Ann Shadd.

Mary Ann Shadd was an anti-slavery activist who moved to Canada from the United States to continue the abolitionist work started by her parents. In 1853, she founded her newspaper The Provincial Freeman, which was published until 1857 when the paper collapsed under financial strain.

“Any Black woman in journalism in Canada should know the story of Mary Ann Shadd, and a lot of people don’t know her name,” the producer and writer explained.

The decision to highlight female historical characters was informed by Bailey and Hanna Sung, a close collaborator and Media Girlfriends’ co-founder, and their desire to intentionally shed light on the untold and often forgotten histories of women.

For Bailey, figures like Shadd have suffered from a double act of omission simply by virtue of being both women and Black.

One of the most heartbreaking but important episodes of the series is the one dedicated to Marie-Josèphe Angélique, a young slave woman living in Montreal in the 1730s. The episode reveals how slavery was part of daily life in the early days of the country that would become Canada.

But unlike the mass enslavement of people in plantations that were common sights throughout the southern United States and the Caribbean, slavery in Canada looked different.

For Angélique, who was ‘owned’ by a French woman in Montreal, it meant she lived in an urban setting and that her work was mainly domestic labour.

Based on research of three women experts following her case — including a historian, an archivist and a theatre director — the episode focuses on how Angélique’s desire for freedom led to her death sentence after being found guilty of starting a fire that consumed the merchant’s quarter of Montreal, though that remains unproven.

Another episode on competitive hockey player Herb Carnegie, considered by many experts and historians to be the “best Black player to never play in the NHL,” painfully reminds the listener of the dark history of racism and discrimination in Canada.

The fact that these stories are largely unknown by Canadians, including newcomers, points to the need for diversity in institutions charged with educating Canadians, from elementary schools to universities, to newsrooms.

For Bailey, Strong and Free, created with younger audiences in mind, is the result of a very deliberate desire to tell and uncover the multitude of untold stories this country has to offer.

Bailey, who’s worked at the CBC for nearly 15 years, says the national broadcaster “is, historically, very much a white organization.” But she does recognize “there have been shifts,” particularly as the industry itself is undergoing a reckoning.

Yet, “coming out of that, I realize that there are so many stories that are just left behind,” Bailey adds. “So it was just such a great honour to be able to unearth some of them in this way.”

Strong and Free is available on Apple Podcasts, Spotify, and wherever you listen to podcasts. 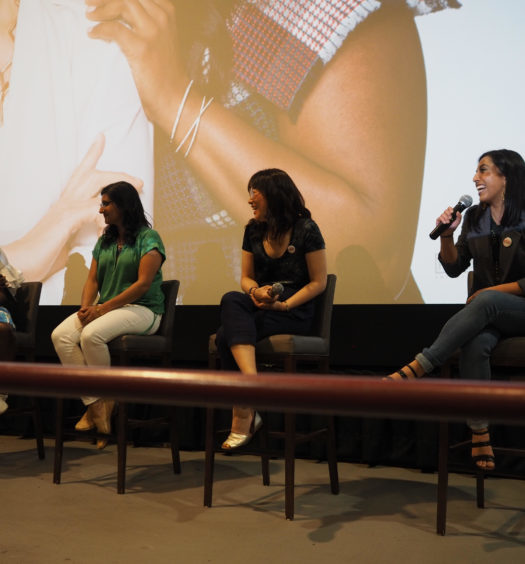 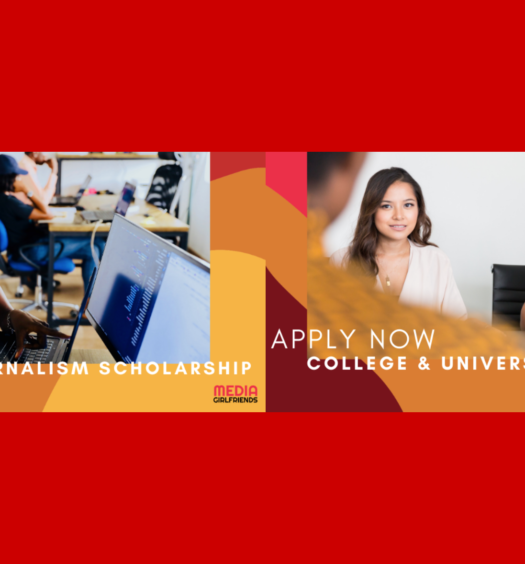