Toronto Star reporter Tanya Talaga tells us about the reporting process that went into her new book.

In 2011, Toronto Star reporter Tanya Talaga found herself in Thunder Bay, reporting on Indigenous voting patterns during the federal election.

But her source, Stan Beardy, then grand chief of Nishnawbe Aski Nation, didn’t want to talk about voting. He wanted to talk about the death of a local high school student, Jordan Wabasse, and six of his peers.

Between 2000 and 2011, seven teenangers died in Thunder Bay. All of them were Indigenous, and all had travelled from far northern communities so that they could go to high school, an opportunity not available for them at home.

That meeting started Talaga down a reporting path that led to the publication of her first book, Seven Fallen Feathers. It is an in-depth look at the history, culture and politics that this tragedy sprang from. The book is likely to become required reading for all Canadians — already it has been named as finalist for the Hilary Weston Writers’ Trust Prize for Nonfiction.

J-Source spoke to Talaga about the reporting that went into this book, and what she plans to do next as the 2017-2018 Atkinson Fellow in Public Policy. This interview has been edited and condensed for clarity.

J-Source: In the introduction, you wrote that a missing, Grade 9 Indigenous student wouldn’t make the news in urban Toronto. I was curious if that’s why you decided you wanted to write a book about this.

Tanya Talaga: That’s part of the reason why, absolutely. This is in 2011, so this is before the publicity surrounding the Truth and Reconciliation Commission, this was before Idle No More was across the country. There wasn’t the appetite for Indigenous news. Often, too, when a teen goes missing that doesn’t get covered. Since I’d been a reporter at the Star since — oh my goodness, since 1995 — I knew if I came back to my editors and said that there was a missing Indigenous boy, a teenager in Thunder Bay, that wasn’t going to make the news, so to speak.

That prompted it. There was that and the fact that when Stan Beardy was talking to me and when I finally heard what he was saying. He kept talking about Jordan Wabasse and I was like, ‘Why I am doing this? Like talking to him about Jordan?” And then I just remembered where I was. I was sitting there speaking to the grand chief of 49 northern First Nations. I should be a little bit more respectful and listen to what he was saying. When I opened my ears to what he was talking about that’s when it dawned on me that it’s not just Jordan. He told me about Curran and Jethro and Paul and Robyn and Kyle and Reggie. So there were seven. Then I knew this was a far bigger story then even just one missing boy.

J-Source: The book touches on so many topics — the deaths and disappearances, but also you talk about education and history and organized crime. What was your entry point into all that?

T.T.: There are so many pieces to the story because there are so many parts to it. The story isn’t just about seven kids that came to school in Thunder Bay from 2000 to 2011 who lost their lives. You have to look at the reasons why were those kids in Thunder Bay in the first place. They all came far away from their families, from their homes, their home communities, from their own languages, their own culture, to come live by themselves in a boarding home. When you start to unpack that — why are they here? Because there are no schools for them in their home communities. Well why is that? It’s like that peeling back an onion. There are so many layers here.

J-Source: In terms of the investigating you did, I’m wondering, at any point do you feel that you had turned up information that the authorities didn’t consider, or were there things that made you question what had come up in the inquest or throughout the investigation?

T.T.: Everything I have in the book is all in the public record, with the exception of a couple of areas. I think that there is so much material in the evidence in this inquest — it’s remarkable. I was privy to all the exhibits. Honestly without those this book wouldn’t be half the book it is. There was just so much information about each of the cases — the police notes, everything — and that was such a huge help to me.

J-Source: Do you think  media can do a better job of bringing these human rights violations to light?

T.T.: I think understanding is key. Murray Sinclair (chair of the Truth and Reconciliation Commission) said that every Canadian should read the recommendations. If every person took one of the recommendations coming out of the Truth and Reconciliation Commission to heart, we would be in a better spot. I think that we all as Canadians need to educate ourselves more about the first peoples of this country.

I think that are changes happening there to make that better.

The more … Indigenous journalists (we have) working in newsrooms, there is going to be more understanding as to what the issues are and how to be sensitive with approaching them.

J-Source: You’re the Atkinson Fellow for this year. What you are research and reporting is very much an extension of what you’ve worked on in your book, so I am curious how you’re going to expand your reporting through the fellowship.

T.T.: It is related, but it’s not primarily education. Now I’m looking at health care in a way and the inequities surrounding healthcare. All of these northern places that are away from hospitals that are away from doctors, specialists — all the types of care that we take for granted here in this city. Beyond that I’m hoping to look at not just the despair that’s happening in the communities that are seeing remarkably high suicide rates in the youth. I want to look at solutions. I really want to look at how communities can change things and turn things around, because I think that what our traditional way of trying to come at the Indigenous youth suicide epidemic, is to fly people in for a few days and then they are gone. That is clearly not working, because the rates are sky high all over. There still there has to be a better way. I’m hoping to focus on what is that better way. I do believe that it is community led, community driven.

T.T.: I am a journalist and this is the first book I have ever written. We did something a little bit different with this book. We sent the book out to the family members before we published it so they could read it. In journalism you don’t normally do that kind of thing. You don’t check your stories with someone before they go to press.

We did that with Seven Fallen Feathers as a conscious choice suggested by my publisher and I really thought that was the right thing to do in an attempt to make sure we were telling the story in the most sensitive way we could. Also, too, I do feel that the book was a result of many hands. There are many stories here, many families, and at the end of the day the book was about the love that these families have for these children and how they are really hoping that their lives will make a difference. They were short, but they are really hoping that the lives of their children will help others. I hope that comes across in the book.

J-Source: When you sent the book out and got their reaction, what did it end up adding to the book?

T.T.: It was actually great. It was like proofreaders — like no, that’s not right. So it was good. It was very helpful to us you. Also you want to make sure that you’re treating the story with respect and you’re honouring the children. I hope by doing that, that’s what we did. 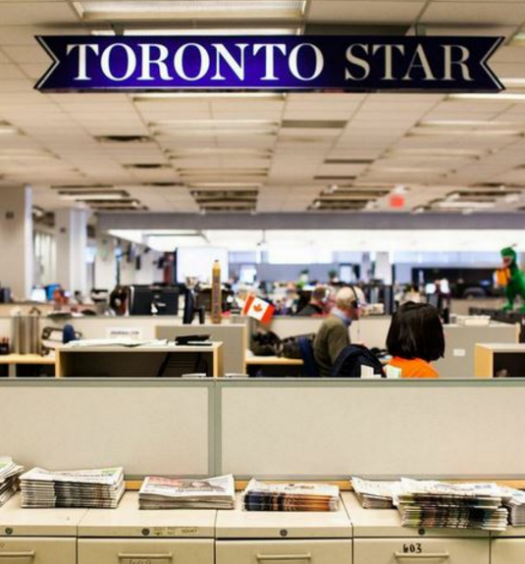 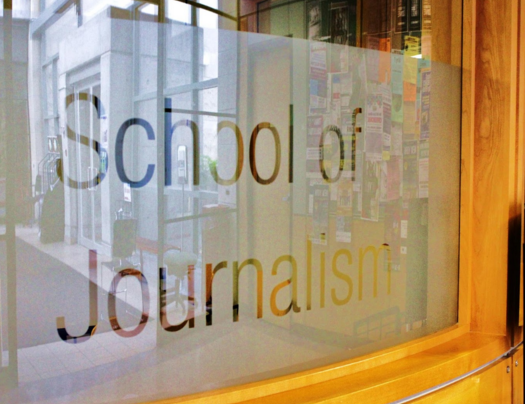