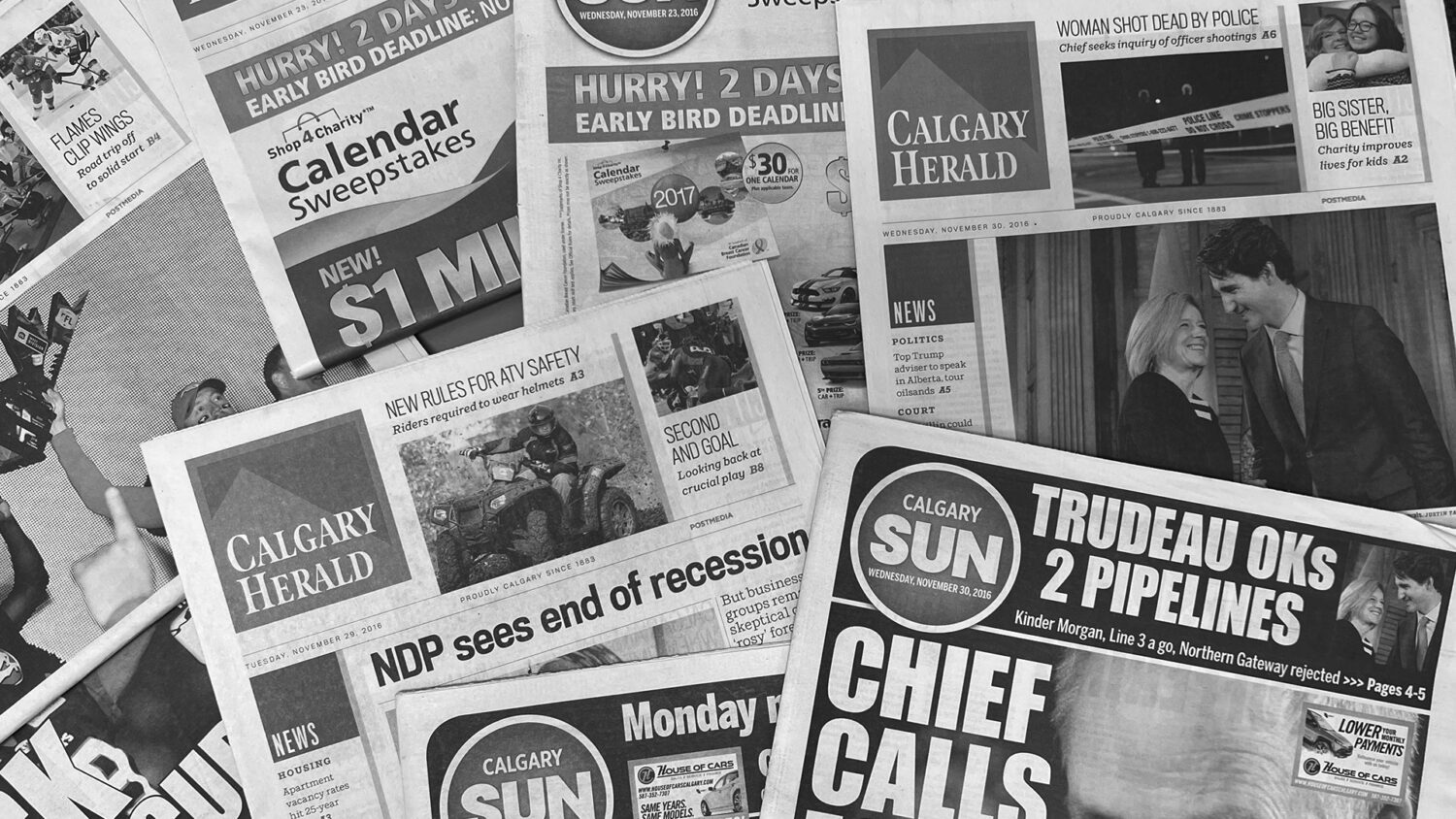 The case of two Calgary newspapers

By James Ian Tennant  •  3 months ago

When Postmedia bought Sun Media in 2014, it gained control of competing daily newspapers in Ottawa, Calgary, and Edmonton. Postmedia already owned the Calgary Herald and now controlled the Calgary Sun.

The merger of the two newspapers’ newsrooms provided an opportunity to analyze journalists’ self-perceptions using Social Identity Theory. Journalists’ identification with their pre-merger newspaper persisted after the newsroom merger, an allegiance that may dissipate over time. In the meantime, journalists adapted to this merger of newspaper rivals by identifying with one masthead over the other depending on who the journalist is talking to.

Facts and Frictions is published by J-Schools Canada/Écoles-J Canada, Canada’s national association for post-secondary journalism research and education. All content is open access and available via J-Source.