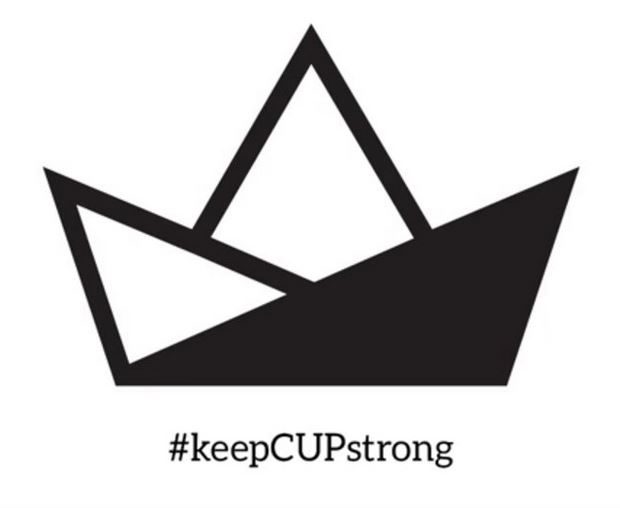 The CUP crisis, one year later

A year after laying off 12 staff and nearly shutting down due to financial pressures, the student press organization is mostly back on its feet—but still has a few challenges to tackle.

When Jane Lytvynenko stepped into the role of national executive at Canadian University Press last April, she knew she had a tough 12 months ahead of her. The organization at the time was in financial distress after running a deficit for two years straight and depleting its savings reserve. One month earlier, CUP had laid off its 12 part-time bureau chiefs, editors and support staff in a move to cut costs and launched a last-ditch fundraising effort to keep the student press organization going. The job itself Lytvynenko was taking on was a newly created position with CUP, combining the previous roles of national bureau chief and president.

“It was definitely a challenging position with a steep learning curve,” she said.

A little over a year later, CUP is more or less back on its feet financially, though it treads a little differently than it used to.

Its accounting habits are also more consistent. Each month, an accountant visits CUP to look over its numbers and keep an eye on its taxes—it was audited by the Canada Revenue Agency in early 2014 and issued a $9,000 fine.

“We started approaching our budget in a much different way than in the past,” said Lytvynenko. “We used to create one yearly budget that we stuck to and amended throughout the year. We now do one with two scenarios—a good scenario, and a rainy day one.”

It has even found new streams of revenue. Robinson, who’d dealt heavily with grant application writing during her time at the NCRA, worked with Lytvynenko over the past year to aggressively pursue grant funding for CUP partnerships that could also pay its contributors. In November, it partnered with CWA Canada’s Media Works project to hire a handbook editors and writers for the project; in December, it also received a $20,000 Atkinson Foundation grant for Be-Laboured, a partnership with Journalists for Human Rights to commission stories on labour issues in member papers’ communities.

“It’s a useful model,” Robinson said of pursuing grants, something CUP hadn’t focused specifically on before. “We’re supporting CUP members to do the work they already do, but this allows them to do more, spend more time and for us to pay them.” She’s discussing plans to pursue grant funding from Heritage Canada with Ryan Macfarlane, CUP’s newest national executive who took over in early May.

Macfarlane, who’d previously worked as editor-in-chief of the University of Lethbridge’s student newspaper, The Meliorist, sees his challenge for this coming year as primarily member retention and growth.

In late 2013, seven student newspapers who had previously left CUP launched the National University Wire, an alternative student news service run by a shared RSS feed that offered a far less expensive alternative to CUP’s annual fees. Papers at the time put up a one-time donation to cover the costs of setting up the purpose-built site; the largely self-run wire service doesn’t require membership fees beyond that.

“At the moment there are some papers who don’t feel they get enough value out of CUP. So we’re a stop-gap solution,” said Joshua Oliver, a former editor of University of Toronto’s The Varsity and NUW co-creator. “It’s not intended to be a rival organization to CUP, or even an organization at all. It’s a service, and we’re glad it works.”

For larger student papers such as The Varsity or The McGill Daily, CUP memberships in the past could run to more than $5,000. In January of this year, CUP moved to reduce its membership rate for large papers to 2.5 per cent of its budget, and two per cent for smaller ones.

Lytvynenko said those membership fees have value beyond CUP’s wire service. “Our best recruitment tool is our national conference,” she said. “It has visibility, and there’s so many people who come out.”

Last year’s NASH conference, the organization’s 77th instalment, was taken on by University of Ottawa’s The Fulcrum, a member paper that had originally put a bid in to CUP to host the conference the way it always had in the past.

“We thought it would be the previous model where CUP set the budget and we ran with it,” said Mackenzie Gray, a previous Fulcrum staff writer and currently member of the paper’s board.  “When CUP ran into its problems, Andrew Hawley [The Fulcrum’s business manager] looked at the numbers and decided we could run with this.” With money from its own cash reserves, The Fulcrum took on the planning and budget tasks of putting together NASH77 this past January. With oversight of the budget, they cut back early-bird registration prices and more closely levelled the price difference between CUP and non-CUP members to encourage more attendance from new papers.

“It was a 50/50 split in terms of CUP versus non-CUP papers coming,” said Gray. “That was one of the things we tried to focus on: not just a CUP conference, but a celebration of student journalism in Canada.” In 2016, said Macfarlane, CUP will resume its hosting of NASH.

“A lot of the times the conversation we have with [prospective new members] is centred on CUP being back on its feet, and the opportunities we provide to individual journalists. We stress the support we provide with our lawyer and our advocacy work,” Lytvynenko said.

Membership has declined steadily over the past 10 years, but stayed steady in 2014; CUP gained two new members, while two others left, leaving the total at 50.

“I had a lot of good conversations with papers at the last NASH,” Macfarlane said of the 77th national conference last November. “I see now there’s a reserved confidence in CUP. I think there’s still a belief in the organization, but they’re waiting to make sure the belief is founded. I think that’ll be the biggest job this year, is to prove this belief is founded.”

Note: This article has been updated to correct the timing of when the student papers who founded National University Wire left CUP. Not all seven had severed ties in 2013; some had been independent of the organization for the past couple of years.