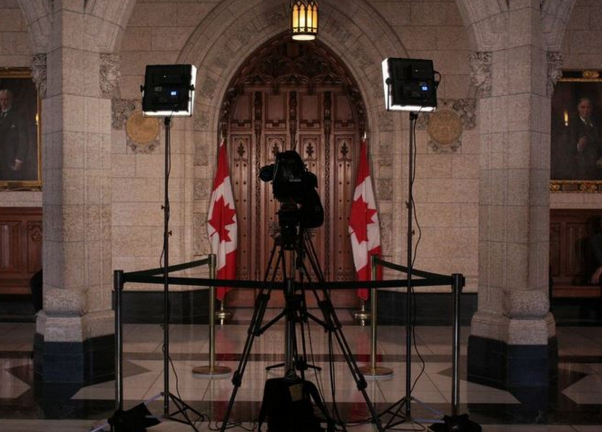 The first temptation of Trudeau

Will the new PM resist the urge to cultivate secrecy?

By Sean Holman, the Unknowable Country

If Prime Minister Justin Trudeau is serious about making government information “open by default,” he'll have to deal with the same arguments that helped scuttled Canada's first right-to-know bill a half-century ago.

Prior to the recent election, Trudeau unsuccessfully tried to demonstrate his commitment to that principle by introducing a private member's bill entitled the Transparency Act.

That bill, which was defeated on second reading, would have made it somewhat easier to ask for government records and get more of them.

But it wouldn't have closed some of the biggest loopholes in the Access to Information Act, which let the government keep its most informative and important records secret.

That made Trudeau's commitment to "raise the bar on openness and transparency in government" questionable.

So let's give him the benefit of the doubt I didn't during the campaign and assume his post-election effort to make information "open by default" will actually do just that.

Such an effort would have to allow the public to access all sorts of records that are presently under lock and key, including, for example, advice and recommendations developed for the government, as well as accounts of deliberations involving government officials.

In some ways, such a law wouldn't be dissimilar to the one former Vancouver Sun columnist and NDP MP Barry Mather proposed in April 1965—two months after United States Senator Edward Long introduced the bill that would lead to that country's Freedom of Information Act.

Mather's legislation would have required government to make any information or records "concerning its doing available to any person at his request in reasonable manner and time," with the Exchequer Court of Canada (the predecessor to the Federal Court of Canada) adjudicating that access.

In the words of the Globe and Mail in April 1965, exceptions would have been made for "matters of national security, matters exempted by statute from disclosure, trade secrets, commercial information obtained from private persons and subjects of private interest 'to the degree that the right to personal privacy excludes the public interest.'"

But that's a short shadow compared to the long darkness of the Access to Information Act, which includes 75 separate exemptions and exclusions.

The Globe and Mail wrote favourably about Mather's bill, stating it would do much to open the government's "many closed doors and keep the public informed about what is, after all, its own business." As a result, the newspaper advised the ruling Liberals to put their "blessing" on the bill and "ensure its passage."

The Liberals didn't heed that advice. And, when the bill made it to second reading three years later, after being re-introduced by Mather, two of the party's MPs, Yves Forest and Colin Gibson, seemed to explain why.

Speaking in the House of Commons, Forest, the then-parliamentary secretary to the president of the privy council, said that bill did not "give enough importance to the generally accepted principle" of administrative secrecy. According to Forest, that principle allows:

“Complete freedom of expression and also of communication between the members of the administration at various levels, and particularly from lower to senior officials. In my opinion, the contrary could reduce the efficiency of our whole administrative system as we know it.”

In other words, Gibson said, "if official files are opened to the public scrutiny too much administration caution will result, which will seriously inhibit the effective functioning of civil servants. No one likes to work with someone leaning over his shoulder reading what he is writing."

So it's not surprising that the Access to Information Act, which was introduced by Prime Minister Pierre Trudeau's government in 1980, appeared to have been drafted to guard against what Gibson called "eavesdropping and spying," helping legally fortify the anachronistic notion that political decision-making must happen in private.

But what is surprising is how much purchase that notion still has in Canada.

In response to the Transparency Act's proposal to make records in ministerial offices subject to access requests, Stephen Harper's former communications director Andrew MacDougall argued that change would cause politicians and their staffers to "pull their punches" when discussing and debating public policy.

“Think of all the internecine battles that are part and parcel of any office. Think of the snide comments about your colleagues often said in frustration. Now picture it on a front page,” MacDougall wrote in an article on the CBC. “Think that would change your behaviour—or drive it further underground? Would that make your company perform better, or worse?”

Nor is MacDougall the only one making such arguments. For example, two years ago, the Globe and Mail opposed proposals from two information commissioners that would have required government officials to document their decision-making.

The reason: "Cabinet ministers and their closest advisers should be free to talk about the reasons for a decision without making a paper or electronic memorandum. Their motives and purposes are best scrutinized in parliamentary debate, question periods and legislative committees."

In principle, that may seem reasonable to many Canadians. But, in practice, it means that government officials only have to disclose what they want to disclose to us about their decision-making–a behaviour that's too often tolerated and accommodated by the Access to Information Act.

Such secrecy was politically beneficial to Harper, as it surely could be to his successor. So it remains to be seen whether Trudeau will resist the temptation to cultivate, rather than uproot, that secrecy.

• The Toronto Star has paraphrased newly-appointed Minister of Innovation, Science and Economic Development Navdeep Bains as saying that government "scientists are free to speak to the media about their work."

• "Tens of thousands of records amassed during various stages of the settlement process with the survivors of Indian residential schools" have begun being released to the public, according to the Global and Mail. The newspaper reports those documents will shed "further light on a long and often brutal attempt by the government at forced assimilation."

• The Toronto Star reports, "Restoring the long-form census will be among the first acts of the new Liberal government."

• The Toronto Star's Susan Delacourt makes three modest suggestions to improve the federal government's relationship with the media: "let ministers speak," give a "daily media briefing" and don't "go over the heads of reporters with coverage complaints and straight to their bosses or head offices."

• In an op-ed published in the Toronto Star, William Kowalski—a member of PEN Canada's Canadian Issues Committee—writes that, "If freedom of expression in Canada were a medical patient, it would be dangerously close to needing life support. With Canada's new government assuming its place, now is the time to make good on the promise of an open, more transparent relationship between the government of Canada and its citizens."

• Global News's Rebecca Lindell tweets that the Correctional Service of Canada has asked for a three-year extension to an access request relating to fentanyl deaths.

• The Green Party of Canada has refused to say how much money it was paying MP Bruce Hyer to be its deputy leader, claiming it's private information.

• The raw data from Newspapers Canada's 2015 freedom of information audit is now available.

• The Globe and Mail reports British Columbia's former information commissioner David Loukidelis will be paid $50,000 to tell the provincial government how to implement the recommendations in a "stinging report that said officials—including those in the premier's office—routinely deleted information."

• Ironically, according to 24 Hours Vancouver, NDP MLA Carole James has alleged provincial government lawyers attempted to "impede" the release of that report, which was penned by the province's current information commissioner Elizabeth Denham.

• Loukidelis is scheduled to complete his work before Dec. 15. But CKNW reports the family of a Highway of Tears victim worries that means his advice may "get lost in the days leading up to Christmas." Emails about the Highway of Tears were among those deleted by the government.

• The Vancouver Courier's Geoff Olson writes that "contravening Freedom of Information laws isn't a glitch in the provincial government's doings, it's a feature."

• Speaking of which, B.C. MLA Vicki Huntington's reports that when freedom of information requests were filed on the decision to replace the Massey Tunnel with a bridge, each of them received a "no records reply."

• In response, according to the Vancouver Sun's Vaughn Palmer, "Transportation Minister Todd Stone confirmed the sought-after business plan and cost-benefit analysis for the Massey replacement remains a work in progress. Due for release soon, he assured me."

• Nevertheless, according to the Times Colonist, it's both "ludicrous" and "insulting" to say that no records exist of a project that will cost an estimated $3 billion.

• CBC News reports, "The backlog for the Office of the Information and Privacy Commissioner to review applications is currently two years. That means if a government department refuses a request for information, it will be two years before the appeal is even heard."

• The Alberta government has, according to Global News, expanded its sunshine list to disclosure the salaries for "all employees of public sector bodies, including Alberta Health Services and post-secondary institution."

• "The City of Saint John has taken an important step toward greater transparency and accountability by launching an open data portal," according to the Telegraph-Journal.