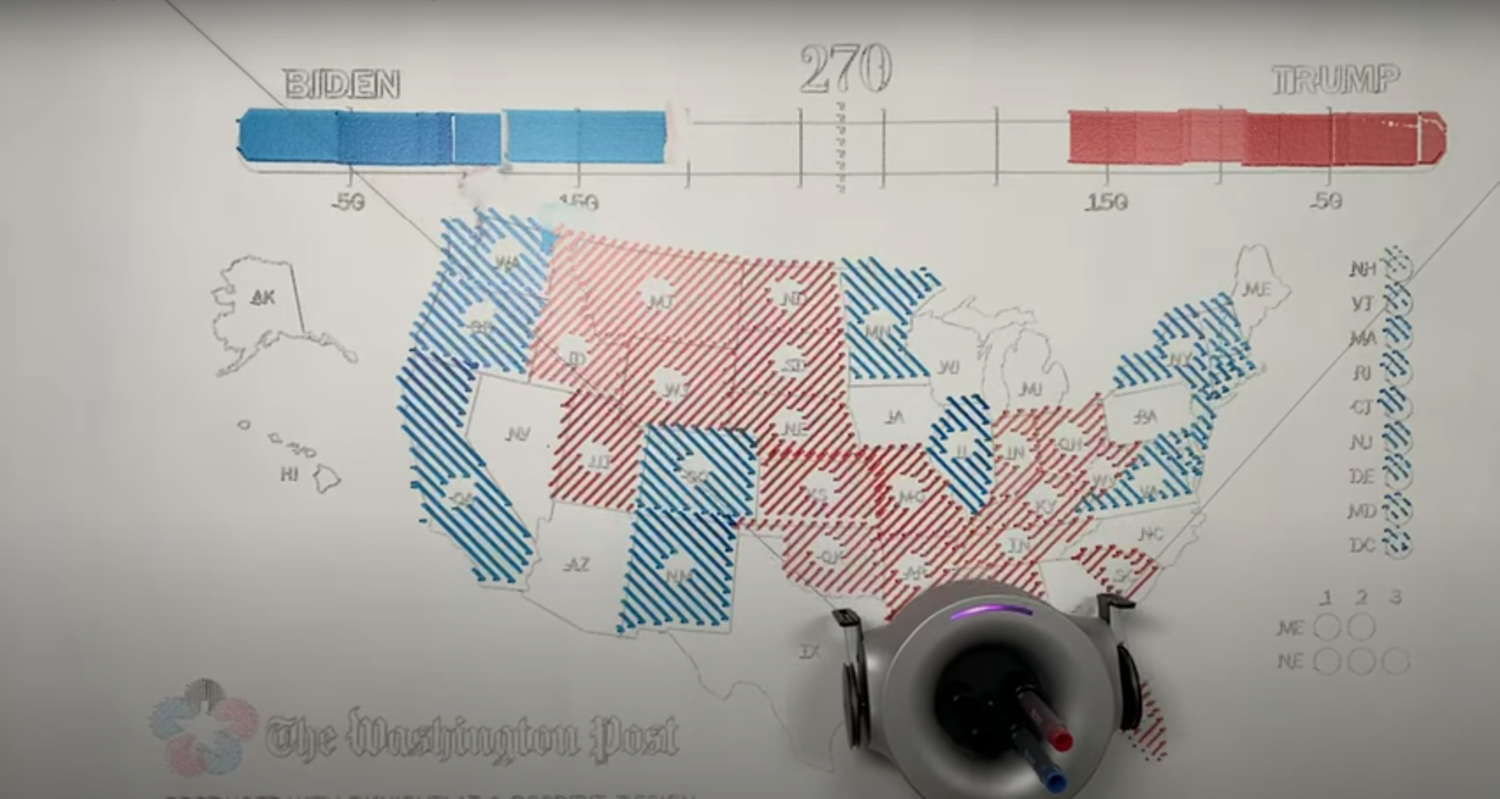 The apps, maps, VR and robots that told the story of a very long Tuesday

Well, hopefully everyone has had a few days to decompress from one of the most dramatic U.S. elections the world has ever witnessed. In addition to the country’s deep partisan divide and its failing battle to control COVID-19, the unprecedented volume of mail-in ballots amped up the tension of several close races and everyone following the results had to wait days until Joe Biden was projected as the winner.

Journalists are used to working around the clock during a national election, but the prolonged 2020 contest stretched this out to new levels. And with the increased complexity of the vote tallying and potentially slim margins of several key races, journalists leaned even more into data visualization and explanatory reporting  to help make sense of what was happening to audiences.

In this post, I’ll round up some particularly interesting, innovative and interactive examples of election coverage that stood out to me from the past few months.

Audiences often rely on journalists to summarize the candidates’ positions, but sometimes you just want to hear it straight from them. The Journal introduced this tool that allows you to search for their verbatim responses to common questions (i.e. “What is Joe Biden’s position on health care?” or “What have the candidates said recently about coronavirus vaccines?”)

The search engine will then go through thousands of transcripts recorded from press conferences, debates and televised interviews and show you their various comments on the issue, some going back to 2016. Audiences can then see if the candidates’ positions align with their own or if the candidates have been inconsistent in their responses.

What’s also very cool to me about this tool is it actually began as an internal research database used by reporters and editors in the Washington bureau.

I believe that audiences have a keen interest in feeling more a part of the newsgathering process and sharing tools and information-gathering practices like this with the public can be a great way to do so.

The long and winding road to the White House

As we got closer to the 2020 election, one of the key storylines that emerged was how Biden appeared to have more paths to the 270 electoral votes needed to claim the presidency than Trump, although several of these paths would require a few close races to roll in his favour.

I thought Kerry Rodden, a developer and data analyst, produced a really engaging and customizable decision tree which mapped out the different scenarios that would give Biden or Trump the keys to the Oval Office.

In the 2016 U.S. election, we generally saw much more experimentation with immersive video and virtual reality experiences, from this 360 explanatory video by the BBC about how the American voting process works to NBC hosting a Virtual Democracy Plaza on AltSpaceVR, a social platform that renders virtual spaces for people to meet using avatars.

Given VR’s continued lack of mainstream adoption, news media have cooled on producing immersive content since the last election, but members of the VR community have explored different ways to use platforms like AltSpace to encourage social interactivity.

Some users created spaces for individuals to meet for debates leading up to election night, while others set up a morning after meeting to discuss what happened the night of.

One user created a virtual moon environment where people could watch the election results roll in (in case you were feeling a little too close to the action.)

Developer Hot Bit VR also launched VoteXR, an interactive game that serves both to poll users on their feelings about particular issues and to offer a simulation of what a virtual reality-based voting experience could be like.

As social media and digital communication play an increasingly pivotal role in the election process (and with growing interest in making online voting a viable option in the future), I am very curious as to how social VR (which some industry watchers predict as becoming a massive driver of VR adoption) may soon lead to some of the most innovative election experiences yet.

Essentially, this robot received live election results to draw the electoral map, updating accordingly. WaPo livestreamed the live-mapping project on its YouTube and Facebook sites, which I found to be a strangely meditative experience (well, as meditative as one can be  during such a nail-biter of an election).

Maclean’s also pulled out a version of this with their adult colouring book approach. Innovative? Maybe not. But fun? Sure! Well, at least the cat that wanders in partway through didn’t look too stressed out about the election night results. 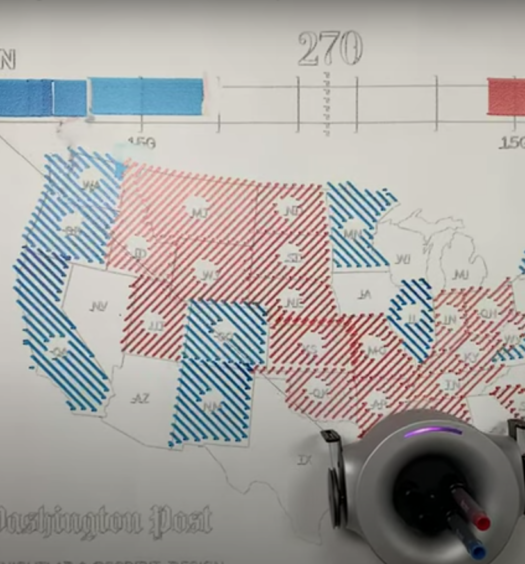 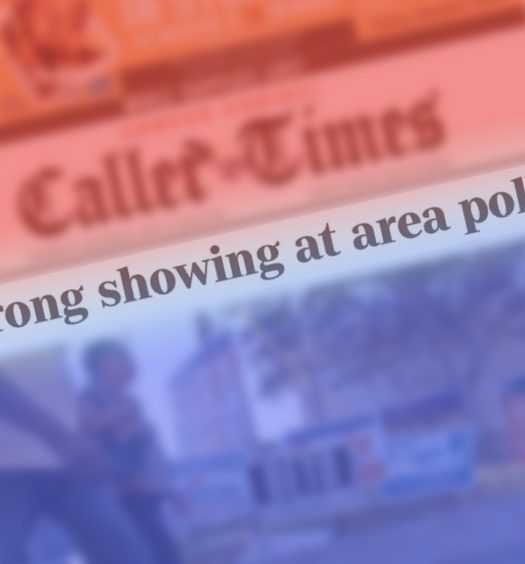 In cities across America, this morning’s newspaper told you there was an el...

Read More
In cities across America, this morning’s newspaper told you there was an election yesterday — but nothing about it