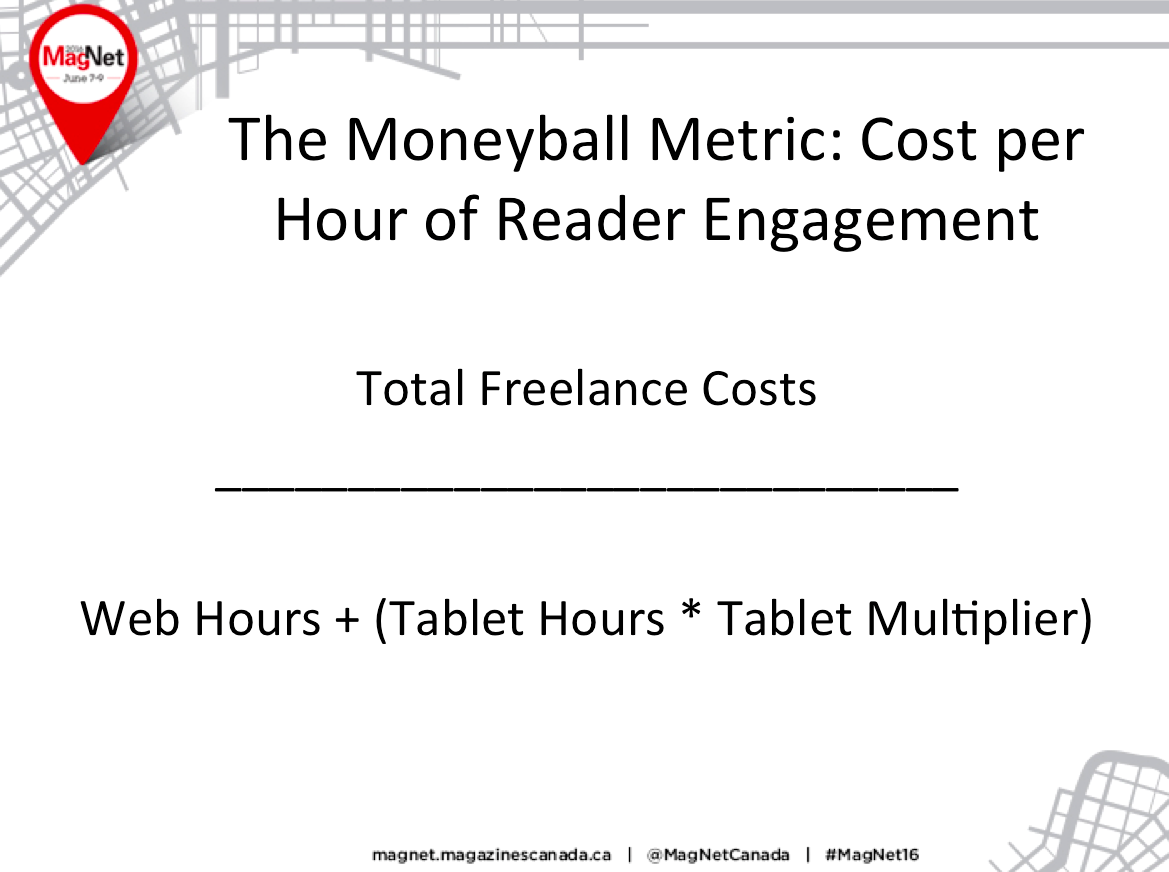 Data based on reader engagement shows most efficient pieces are those that bring readers closer to the story.

When Toronto Life publisher Ken Hunt started tracking audience data by a formula of his own invention, his assumptions about what draws in readers were blown away.

At a presentation at MagNet, the Canadian magazines conference, on June 9, Hunt explained how he found that some of the most efficient pieces were ones that brought readers closer to the story, among them lengthy investigations, features and memoirs.

Inspired by Netflix’s approach of looking to maximize happiness per dollar spent, Hunt developed a formula that measures how long readers are engaging with both the web and tablet editions of Toronto Life compared to the freelance cost for a single story, to determine the cost per hour of reader engagement—in other words, how much Toronto Life pays for each hour of reader engagement, based on freelance costs.

Hunt had initially assumed that cheaply produced content would bring the best return on investment compared to longer feature pieces. For example, the piece “A Daughter’s Revenge,” about a woman who plotted to murder her own parents, took journalist Karen K. Ho three-and-half-years to complete. But her story, which was widely shared on social media, ended up having a cost per hour of total engagement of 4 cents an hour.

That’s low compared to some of their service pieces, which Hunt had assumed would perform better based on repeat visits. However, some of those service pieces had the highest cost for each hour of reader engagement. The higher cost has to do with higher production costs—food pieces, for example, need a bigger team, including multiple writers and photographers, to put together the finished product. Some of the top performing pieces also have lower costs because staff members worked on them, rather than freelancers.

Invoking Moneyball, a 2011 film and 2003 book about Oakland A’s manager Billy Beane, who used player statistics to build a winning baseball team, Hunt said Toronto Life will continue to produce features about food, but that “when you are trying to play Moneyball,” publishers should take a hard look at what kind of content they invest in.

He noted that while Toronto Life hasn’t found a sweet spot for the length of a piece, the magazine gets more engagement when there is more content on the page.

And features figure among the most efficient costs per hour for Toronto Life, including some National Magazine Award-nominated pieces. “There’s a great deal of value on spending money on great stories that get to the heart of things,” Hunt said. 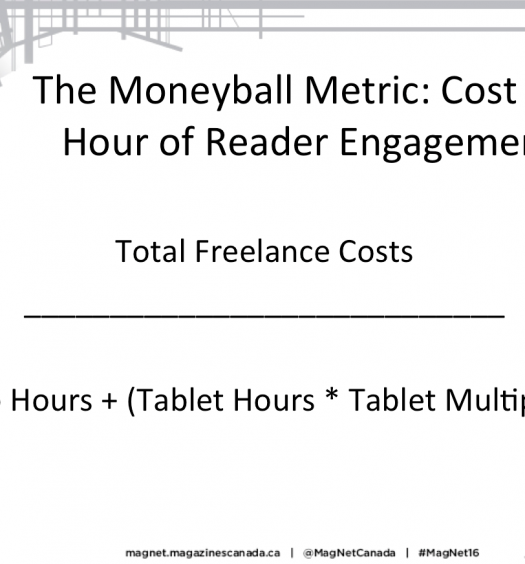