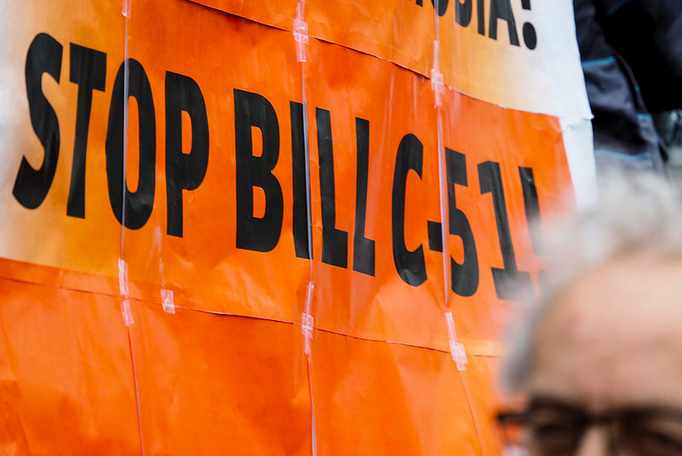 Two groups say they plan to launch a charter challenge today against sections of the controversial Anti-Terrorism Act, also known as Bill C-51.

In a joint statement, both the Canadian Civil Liberties Association and Canadian Journalists for Free Expression say sections of Bill C-51 violate the Canadian Charter of Rights and Freedoms “in a manner that is not justified in a free and democratic society.”

The public safety minister came under opposition criticism after a video emerged of a former Ottawa man calling for attacks on Canadians. Steven Blaney says new tools are needed to help stop terrorists.

It also increases the exchange of federal security information, broadens no-fly list powers and creates a new criminal offence of encouraging someone to carry out a terrorist attack.

The bill also makes it easier for the RCMP to obtain a peace bond to restrict the movements of suspects and extend the amount of time they can be kept in preventative detention.

The challenge will be filed with the Ontario Superior Court.

“Bill C-51 is a grave threat to our rights in Canada. It will lead to censorship and a massive chill on free expression, and enables a potentially widespread abuse of power,” said CJFE executive director Tom Henheffer in a news release.

Opponents of the bill have denounced the idea of allowing CSIS to go beyond gathering information to actively derailing suspected schemes.

A range of interests, including environmental groups and the federal privacy commissioner, have previously expressed grave concerns about the information-sharing provisions, saying they could open the door to abuses.

This Canadian Press file is reprinted here with permission.