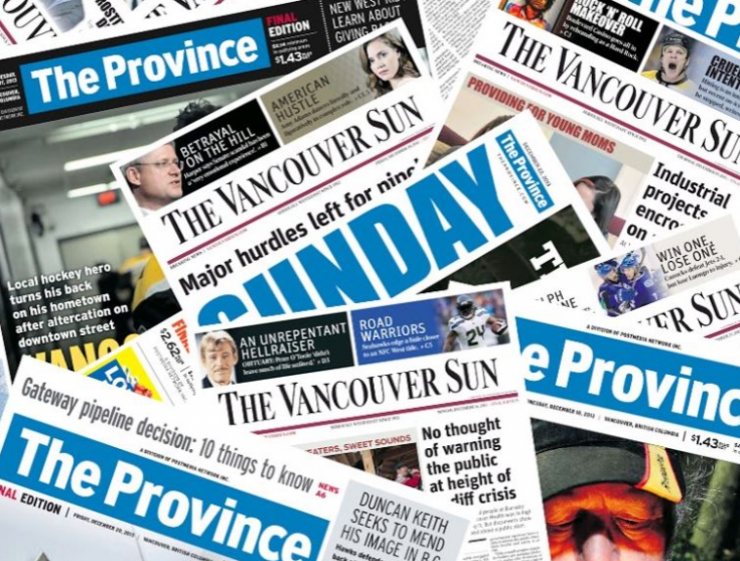 Some staff will have an unpaid day off every two weeks, or a 10 per cent pay cut, to save 21 jobs.

Workers at the Vancouver Sun and the Province have approved a new collective agreement that will save 21 jobs, at the expense of some of their own pay and work hours.

On April 19, 135 Unifor Local 2000 members voted in favour of a new agreement with Postmedia. According to the union website, turnout for the vote was 78 per cent, with 29 people voting against the new deal.

@DavidCarrigg Proud of my co-workers who voted with me to take a 10% pay cut to save journalists’ jobs! #savelocalnews #journalismmatters

New contract approved by workers @VancouverSun & @theprovince 135 for, 29 against, 82 per cent in favour #yeah #vancouver

The new agreement saves 21 jobs of the 54 layoffs announced on March 10. According to a bulletin sent out by the union, 20 members also took a voluntary leave.

“This is a good example of management and the union working together to find efficiencies within the collective agreement that allowed us to preserve content and invest in our editorial products,” said Paul Godfrey, president and CEO of Postmedia, in a statement.

To save some of the jobs, full-time staff, excluding ad sales representatives and lifetime job guarantee members, will now work only nine days every two weeks.

According to the Globe and Mail, Godfrey said in a recent conference call that there is “much work to be done both on the cost restructuring side,” after revenues continued to decline in the second quarter.