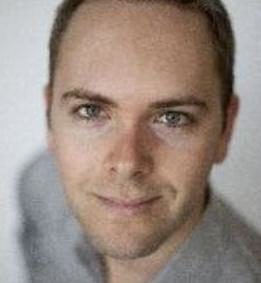 Toronto Star reporter Daniel Dale will sue Mayor Rob Ford for libel related to an interview he gave with former media baron Conrad Black on Vision Televison, in which the mayor insinuated that Dale was a pedophile.

Toronto Star reporter Daniel Dale will sue Mayor Rob Ford for libel related to an interview he gave with former media baron Conrad Black on Vision Television, in which the mayor insinuated that Dale was a pedophile.

“As my libel notice says, I’m asking Ford to immediately retract the false insinuation that I am a pedophile and all of his false statements about my conduct on May 2, 2012,” Dale wrote in an article published in the Star. “I’m also asking Ford and Vision owner ZoomerMedia to apologize immediately publicly, abjectly, unreservedly and completely.”

Dale also said he would stay on at the Star covering the city hall beat as the acting city hall bureau chief.

“I can, and will, continue to cover them with the utmost professionalism,” Dale continued in the article. “I’m an exceptionally even-keeled person, and I just don’t want to think about this all the time as I go about doing the work I love. I will not let this affect my job. I will not be bullied off of my beat.”

Star editor Michael Cooke tweeted Dale is suing the mayor with the “full and complete support” of the newspaper, including legal costs, according to The Globe and Mail.

#robford reporter Daniel Dale will sue over the pervert accusation with the Toronto Star's full and complete support. Stand by.

Ford insinuated that Dale was a pedophile who intended to take pictures of the mayor's children, while the reporter says he was legally on city property next door doing research on a Ford-related story in May 2012.
"I guess the worst one was Daniel Dale in my backyard taking pictures. I have little kids," Ford said in the interview with Conrad Black. "When a guy’s taking pictures of little kids, I don’t want to say that word but you start thinking, ‘What’s this guy all about?’"

Dale's lawyer spoke on CBC's Power and Politics show about the reporter's decision and the next step for the legal proceedings.

Here is some of the media reaction to Dale’s announcement that he is suing the mayor:

I'm surprised @ddale8 is staying on as city hall reporter. Sometimes we need to avoid even the appearance of bias.

How can you sue the mayor, and cover him at the same time? Will Dale cover his own trial?

. @ddale8 you're a stand-up dude. You're decision is reasoned and appropriate.

Glad to see our parent company supporting @ddale8 in his legal battle against the mayor's ugly comments.

Can't say I blame Daniel Dale for suing. Must be a nightmare for the guy. Just a bit surprised the Star will still keep him at city hall.