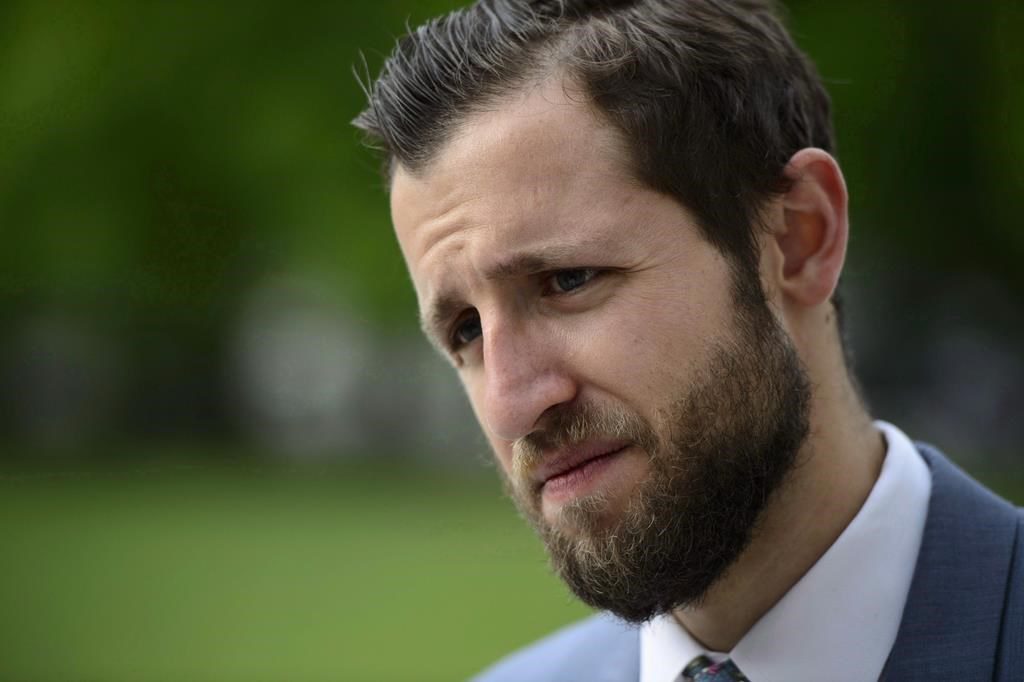 Vice Media journailst Ben Makuch appears outside the Supreme Court in Ottawa on May 23, 2018. (The Canadian Press/Sean Kilpatrick)
NewsLaw

The Supreme Court of Canada says a reporter must give the RCMP material he gathered for stories about an accused terrorist.

The 9-0 decision is likely to be seen as a defeat for media that could leave them vulnerable to serving as investigative arms of the police.

In 2014, Vice Media reporter Ben Makuch wrote three articles about the involvement of Farah Shirdon, formerly of Calgary, with the Islamic State of Iraq and the Levant.

Shirdon had left Canada for Turkey in March of that year. A month later, he appeared in an ISIL propaganda video that turned up on the internet. He tore up his Canadian passport, threw it into a fire and said, “With help from Allah, we are coming to slaughter you.”

Exchanges between Makuch and Shirdon through a text-messaging service were crucial to the articles.

In 2015, the RCMP obtained a production order under the Criminal Code, directing Vice Media and Makuch to provide documents and data relating to communications with Shirdon, who might now be dead.

Makuch brought an application to quash the production order, but it was dismissed — a decision upheld by the Ontario Court of Appeal.

The Supreme Court agreed to hear Makuch’s case, which squarely pitted press freedoms against the investigative powers of police.

In a previous case, the court had set out nine conditions for assessing the reasonableness of a search of a media outlet.

Vice Media argued at the Supreme Court that lower courts had been incorrectly applying, or failing to apply, the balancing test.

Philip Tunley, a lawyer for Vice Media, told the high court last May there should be clear protections for the media when enforcement agencies come knocking.

He said the result of current law and practice was “a chilling effect” on the media’s important role in gathering and publishing news in Canada.

Federal lawyer Croft Michaelson told the hearing there was “no merit” to criticisms of the robust legal framework in place for deciding access to media materials.

In its arguments, the Crown called the test a principled and flexible framework intended to curb any potential chilling effect that an order might have on the ability of the media to do its work. It said the courts had not been acting as rubber stamps that favoured the interests of law enforcement at the expense of freedom of expression.