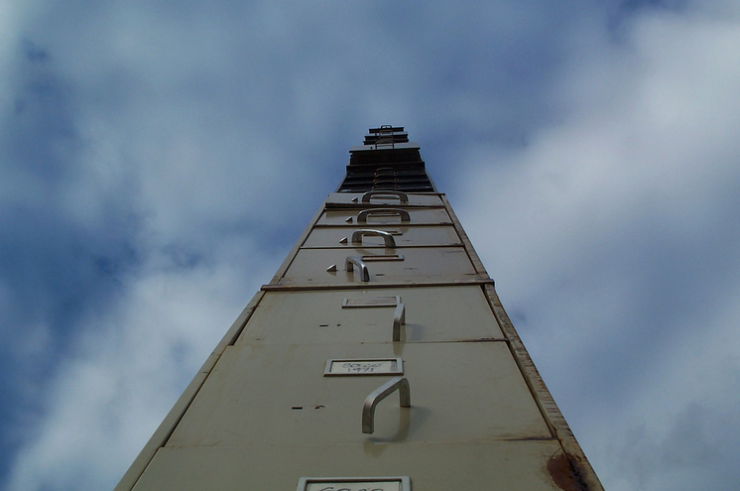 The public’s access to government information in Canada will only improve if existing legislation is reworked completely, says Suzanne Legault.

The public’s access to government information in Canada will only improve if existing legislation is reworked completely, Canada’s information commissioner told a conference at the Ryerson University School of Journalism.

Suzanne Legault tabled a report to the House of Commons earlier this year that outlined 85 recommendations for modernizing Canada’s Access to Information Act. Her recommendations included allowing access to information requests for all branches of government (including the prime minister’s office), a statutory obligation to declassify information on a routine basis, limits on when the government can deny the existence of a record and the elimination of access request fees.

“We now have 102 jurisdictions in the world that have access to information legislation,” Legault said during a panel discussion. “Whereas in the rest of the world, [countries] have gone directly to digital, our piece of legislation is a bit like a telephone landline.”

Modifications to Canada’s Access to Information Act were last made in 2006, when changes were introduced establishing a stricter duty to assist requesters. Legault said that in most cases, however, changes only happen in response to nationwide scandals, such as when a 1997 inquiry found that key government documents related to the 1980s tainted blood scandal were deliberately destroyed.

“I am convinced that our access rights are being eroded, and the only way to fix that is through legislation,” she told the May 8 conference — entitled “Flying Blind: The right to know, government obstruction and fixing access in Canada.” The event was sponsored by Canadian Journalists for Free Expression (CJFE), the Ryerson Journalism Research Centre and Ryerson’s newly established Centre for Free Expression.

Legault made her comments during a discussion of the ways to improve access to information. In addition to her call for a major legislative overhaul, participants floated other ideas including greater use of social media to raise awareness of the need for more open access to government information, forming a coalition among news organizations and convincing journalists to take on a more activist role when reporting news.

“We have a crisis in Canada where our public information is disappearing and being restricted, and it’s time for journalists to speak out about it more, because that’s how the public starts to care,” said Tom Henheffer, executive director of CJFE. “Instead of saying, ‘Well, no one cares about these issues,’ you make them care. You talk about these issues and it will happen.”

Speakers earlier in the day highlighted the various ways the public’s right to know is obstructed by the governments. Ivan Semaniuk, a science reporter for the Globe and Mail, expressed frustration over the muzzling of federal scientists, noting that while many researchers he contacts for stories are willing to talk to him, their bosses do not give them permission. In some instances, Semaniuk says he has to contact Prime Minister Stephen Harper’s office directly.

Jennifer Ditchburn, a senior parliamentary correspondent for Canadian Press, said that when the federal government does respond to reporters seeking information, it is often deliberately unhelpful. She shared an email exchange she had with Parks Canada, in which she had requested information regarding winter activities available at certain parks. The responses she received were vague and misleading.

“Sometimes I like to file information requests on my media requests, so I can see how many dozens of public servants were responsible for giving me a zero answer, and actually, sometimes lying to me, about why they couldn’t give me an answer,” said Ditchburn.

Rob Cribb, an investigative reporter for the Toronto Star and instructor at Ryerson’s School of Journalism, said he is constantly shocked by public indifference in Canada when it comes to obstructions to the public’s right to know. Public outrage over attempts to block access to government information is far more prevalent in the United States, he noted.

“The one law that allows us to understand about potential health risks that affect our families, about the waste of billions of dollars in tax money, about the abuse of our most vulnerable citizens, about the abuse of children and the elderly, intentionally and with help—is that boring? Is that an uninteresting issue?” said Cribb. “And no one gives a shit. Whatever’s going to be the lead story in the news tonight, it’s not as interesting as this. But you will not hear this story.”

Along with difficulties in accessing information, conference participants also highlighted the failure of government to create information. In 2010, for instance, the Harper government eliminated Canada’s mandatory long-form census and replaced it with the voluntary National Household Survey (NHS), which has been widely dismissed as both more costly and generally useless because the voluntary responses are not representative of the population as a whole.

“Anybody can understand that it’s in the interest of the government not to produce information,” said Munir Sheikh, the former chief statistician of Canada. “[Elimination of] the long-form census is a bit of an exception to that—it is, after five years, still a mystery as to why the government did it.” He described the long-form census as the “gold standard” for measuring reality, and highlighted the lower response rates for the NHS. Sheikh resigned in protest over the issue in 2010.

Laura Tribe, the digital and programs lead for CJFE, said the Right to Information (RTI) Rating, developed by the Centre for Law and Democracy and Access Info Europe, ranks Canada 57th out of 101 countries, behind the United States and Australia. Canada placed 56th last year.

“The government is denying you access to things that the public has a right to know,” said Tribe. “This is public information, and it’s in the public interest. And I think taking a step back from this being a journalism issue is really what will help us get that conversation going.”

This article originally appeared on the Ryerson Journalism Research Centre’s website, and is reprinted here with permission.