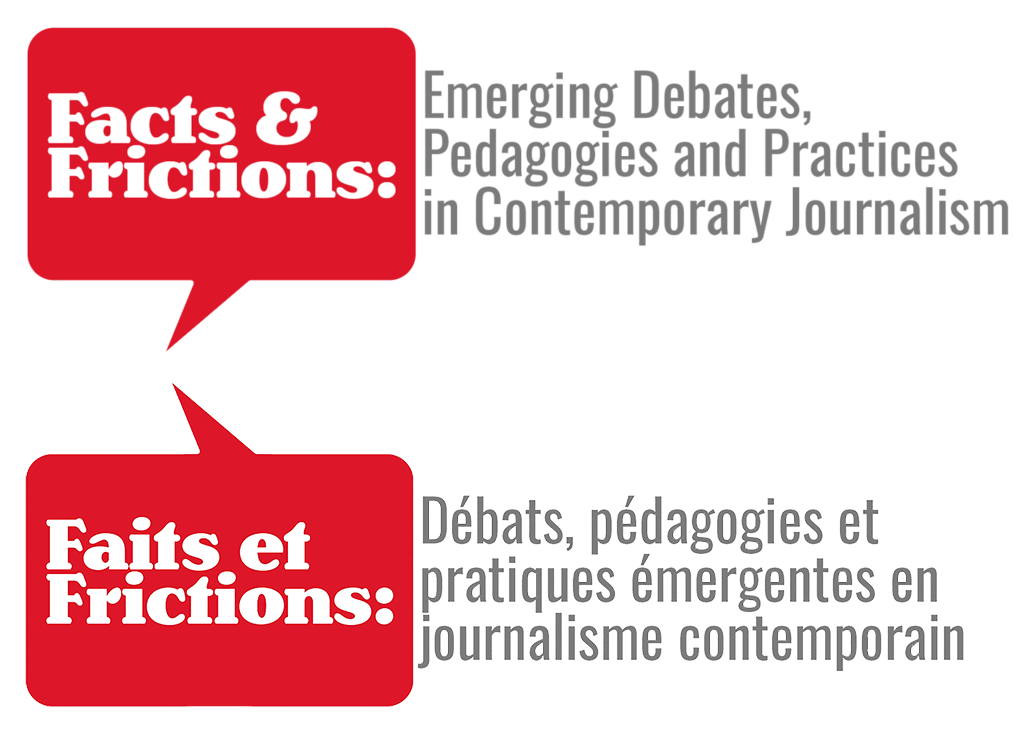 When J-Schools Canada/Écoles-J-Canada decided to launch an academic journal, one of the first obstacles was collective writer’s block on the name.

To conquer the block, we held a naming contest. Among the entries, student Chelsey Devito offered ‘Facts & Frictions.’ We knew immediately we’d found our name.

The title reflects our mission to publish rigorous, well-documented research (facts) that invites debate and discussion from multiple perspectives (frictions).

It’s also fitting that a student in the midst of transitioning from an undergraduate to graduate journalism program chose the name.

This reflects our second mission: to grow our discipline through mentorship and peer-reviewed publishing opportunities for emerging scholars and established researchers alike – in English or French, and including substantive works of journalism.

Amid many emails of congratulations were offers of volunteer time. From this we built a strong editorial board that stepped up to draft a mission statement, issue the first call for submissions, shepherd articles into the fold, match articles to external peer reviewers, and assist with editing and proof-reading.

The response to our call for submissions was great enough to require two volumes; additional articles will be published in Issue 2 after the New Year.

Their article, Canadian Access to Information and Journalism: Obstacles and Opportunities, concludes with a call for policy makers to consider the many well-researched calls for reform that have been placed before them in recent times.

Lamoureux posits four cleverly-named subjectivities—The Passionate, the Overloaded, the Meritocratized and the Depressed—to describe how Québec’s journalists are faring under the dictates of New Managerialism. He argues these conditions lead to the decomposition of journalists as a distinct class of worker, leaving fragmented camps of those who care enough to keep going, those who are overwhelmed by workload, those who benefit from a post-Fordist meritocracy, and those who work in states of disillusionment and despair.

While this may seem a depressing scenario, the article is a clarion call for journalists to cast off their chains and reassert themselves as essential providers of the public good.

Our third offering, The Future of Canadian Journalism and Digital Media, by Matthew Guida of Carleton University, offers a response to Lamoureux by studying an alternative to the corporatized landscape, namely small-scale digital enterprises.

To begin, Guida considers the primary force behind legacy media’s latest and perhaps most difficult crossroads, the rise of social media and other competing free-of-charge digital platforms. Within this crisis, Guida spies opportunity, noting the internet has made it infinitely easier to share news worldwide in real time, a boon for both traditional and new media.

Through interviews with participants in a digital news incubator, Guida seeks answers to the question: “How can we improve business models and digital media startups to allow them to adapt to this new environment?” It is an important question, and one sure to spark further discussions among our readers.

Our ‘Research Notes’ section looks at a fascinating new initiative. Journalism Education and Call to Action 86: Exploring Conciliatory and Collaborative Methods of Research-Creation with Indigenous Communities explores the potential of “slow, conciliatory journalism” as a means “to challenge the problematic norm of damaging negative and inaccurate representations of Indigenous peoples.”

The issue closes with a review of The end of CBC?, a book by Mount Royal University’s David Taras and J-Source publisher Christopher Waddell. “There’s an old joke that every Canadian has two jobs: their actual job, and running the CBC,” writes reviewer Daniel Bernhard.

In closing, we invite members of the journalism community to get involved in Facts & Frictions, as volunteers, article contributors and financial supporters of our online publisher, J-Source. We also welcome your suggestions for improvement.

You can find Facts & Frictions / Faits et frictions at J-Source and make submissions via the submissions portal at J-Schools Canada. 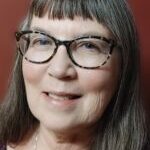 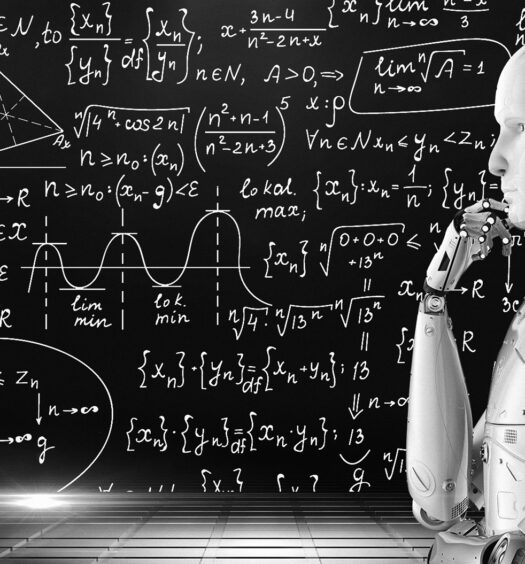 2 months ago
EducationResearchFacts and Frictions

From the classroom to the newsroom

Read More
From the classroom to the newsroom 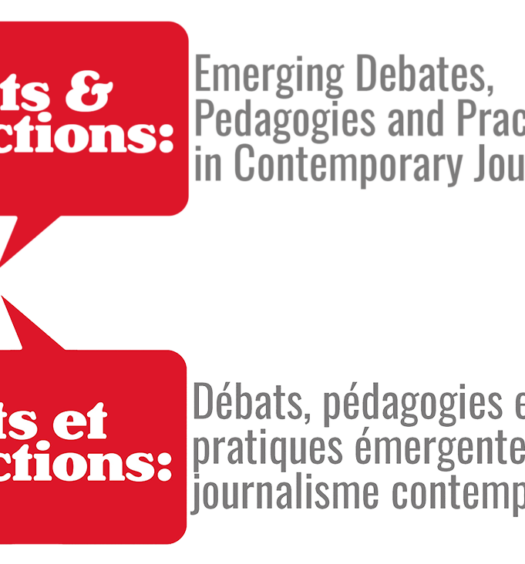