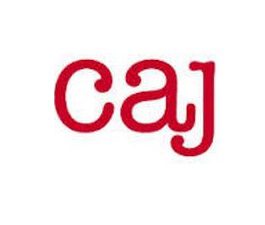 What does informed consent really mean for journalists and their interview subjects?

In journalism, we are focused on publicizing, rather than protecting, information, writes Canadian Association of Journalists ethics committee member Meredith Levine. There is currently little in the way of legal, professional or ethical obligations for journalists to consider the effect of their stories on the subjects of those stories, but perhaps there should be.

I first encountered the literature on informed consent a decade ago when teaching professionalism to McMaster University medical students.

My interest in the topic was influenced by my experiences as a 13-year-old patient in a teaching hospital before Reibl v Hughes, the landmark 1980 Canadian Supreme Court decision that set the standard for informed consent in health care in this country and around the world.

I was very ill back then. During my two-month hospitalization, I was subjected to repeated tests, exams and procedures, some of them potentially harmful, even dangerous. One day a shouting match erupted between two specialists in the doorway to the procedure room. It was, I now understand, a battle over values and ethics, with me at the centre. Many of the tests, it was clear from the argument, were no longer medically necessary—that is, necessary to me, the patient. But they were providing another vital service—a service to the public. I was the means by which medical interns and residents could gain practice and experience. One of the doctors in the doorway argued that I had had so many tests, I now was over-radiated with potentially serious long-term consequences. The other physician, who had rank, insisted that there were too few patients for trainees to gain essential experience and knowledge. Rank won in the doctor fight. So did the public interest. It got better trained physicians. And I got more radiation.

In the classroom at Mac medical school, years later, we discussed the importance of finding the balance between the duty to serve the public by providing adequately trained physicians and the rights of individual patients and subjects to be treated with respect and protected from unnecessary harm.  These sorts of conversations were taking place in medical schools across the country, as the medical profession sought to mend its ways.

What is most telling about this story, though, is that I arrived at Mac straight from the journalism profession, with a history of dealing with vulnerable subjects.  Yet, the penny never dropped for me. All the thinking and reading and lecturing on patient consent in the medical profession failed to trigger any critical reflection about my experiences as a journalist or about consequences for my subjects. This did not happen until a few years later when I entered the master of journalism studies program at Carleton University, in Ottawa, and began delving deeper into the literature on health-care consent and reading for the first time scholarly work on journalism ethics. The more I read, the less separate and distinct ethical issues around subject harm in health care and subject harm in journalism became.

The two finally connected when I stumbled on the following phrase in a publication of the U.S. Office of Human Research Protection: “disclosure of personal information is a major, perhaps the major source of potential harm to subjects”; it must be protected and released only with the utmost care, stated the document. In journalism, by contrast, we are focused on publicizing, rather than protecting information. Details of people’s emotional or financial health, or traumatizing experiences, are sought after and valued as content by journalists for precisely the same reasons they are often (but not always) protected by academic researchers and health-care practitioners: the potential impact of publicizing this information.

In journalism, though, the idea of impact is usually measured by audience size and response, with subjects largely absent from the calculations. This isn’t surprising since, as our Canadian Association of Journalists discussion paper on consent demonstrates, there is currently little in the way of legal, professional or ethical obligations for journalists or their employers to consider the effect of their stories on the subjects of those stories.

Once I made the intellectual connection between consent in health care and journalism, I felt compelled to re-examine my past consent transactions as a broadcast current affairs producer and it was a difficult and humbling process.

Take, for example, the interview I produced with a woman in her fifties suing her elderly parents for failing to protect her from child rape several decades earlier.   The story had a huge impact on our audience, but also on the woman. When I called her back for a follow-up interview, she turned me down flat. She told me that after her story went public, awkward stares followed her at work; it was uncomfortable for her and her children in the community. Her intimate relationships were frayed and a toll was exacted on her mental health.

The woman freely consented to the interview and she was competent to consent. I had no way of knowing that her relationships would collapse post-interview or that she would experience emotional difficulties as a result. And yet, I was not exactly shocked to learn this. Although still fairly new to my career, I had covered enough “social issues” stories to know that publicizing private information is not a neutral act; those who do frequently experience a shift in their lives, sometimes only fleeting, other times more lasting. Sometimes the change is for the better, and other times things get worse. This woman, though, had no previous media experience and no conception of how a single interview could alter her life.

Now, I look back and ask myself the following question: did I have an obligation to inform this woman that publicizing intimate information could have an impact on her life and her relationships? Back then, this question never occurred to me or to anyone else in my newsroom.

The CAJ ethics advisory committee discussion paper on consent is an attempt to change this. We hope questions of consent, ones that probe beyond current protocols, will be raised in newsrooms and editorial offices across the country and that along with these questions will be opportunities for both reflection and vigorous debate.

Meredith Levine teaches in the graduate journalism program at Western University in London, Ont. Previously, she has worked as journalist for the CBC, a documentary writer/producer with Breakthrough Films and a freelance print journalist for publications around the world.