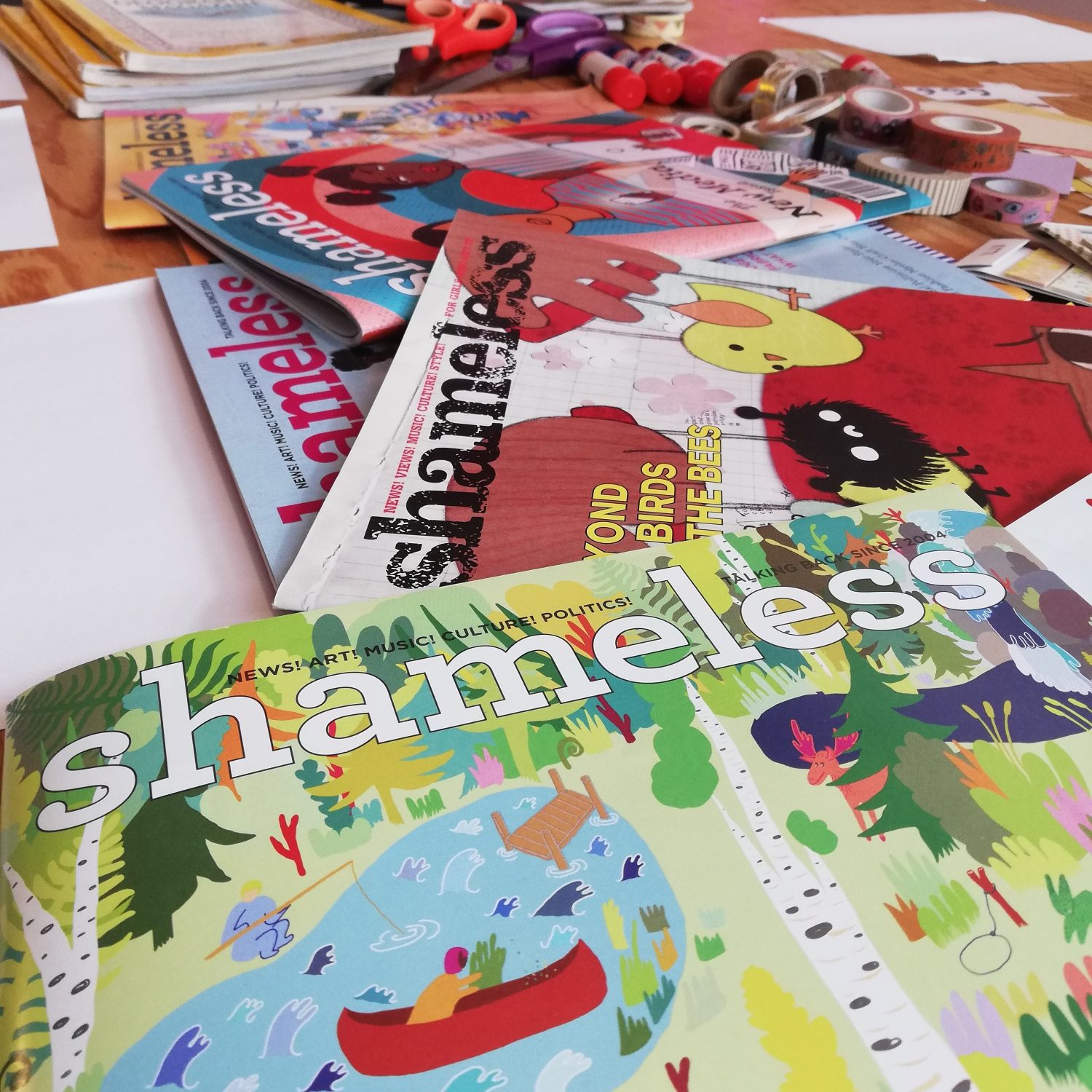 What does the future hold for Canada’s grassroots feminist publications?

The editorial and art director of 15-year-old grassroots magazine Shameless is optimistic the publication will figure out a path to survival after losing 30 per cent of its funding.

“But for me, I have mixed feelings about figuring it out because I don’t think we should have to,” Sheila Sampath tells J-Source.

“It just raises a lot of questions for me personally and for us as an organization around what’s the role of these projects in society. What do they give the public more broadly and how can we think of publications as more than just words on paper but also as community-based projects that provide opportunities, provide spaces for difficult and important critical conversations?”

Indepedent small-press publishers like Shameless are among the latest casualties of sweeping cuts from Ontario Premier Doug Ford’s government, which in its first year has made a spate of policy changes affecting youth and publishing, from rollbacks to the province’s sex-ed curriculum and cuts to OSAP and student levy changes to the Ontario Autism Program.

GUTS, a digital feminist publication run by a team of volunteers, announced on Twitter in early July that it would be suspending its summer publishing. The following week, Shameless, which publishes content online as well as three print editions annually, said that it would have to shift gears once its grant cycle ends in the fall.

[1] Some GUTS news for everyone:

Our funding arrangements have been significantly impacted as a result of cuts to the Ontario Arts Council, and we have decided to take a break from publishing this summer.

Both outlets were recipients of $10,000 each from the Ontario Arts Council – an arm’s length provincial agency operating under the Ministry of Tourism, Culture and Sport that lost $10 million in funding, half of which is accounted for by the cancellation of the Indigenous Culture Fund. The ICF, an initiative by the previous Liberal government, was created to help meet recommendations outlined in the Truth and Reconciliation Commission’s final report.

The Publishing Organizations Projects grant stream, from which GUTS and Shameless received funds, has been suspended.

Other recipients of 2018 funding included the Inuit Art Foundation, PhotoEd Magazine, With/out Pretend and a handful of literary and arts publications.

The cuts are imperilling Shameless’s budget for contributor honorariums and its Youth Advisory Board, a committee the magazine reinvigorated in 2015 when it started receiving the OAC grants. The YAB, which Sampath says is mostly comprised of racialized, queer and trans youth and works collaboratively on “capacity-building” projects and to guide the content of the magazine, is currently working on the first youth-run issue of Shameless. The OAC allowed Shameless to pay its members – the only hourly workers at the otherwise volunteer-run publication – and cover public transportation fares, snacks, materials and bringing in guest facilitators.

#ICYMI: The Ontario Arts Council (OAC) has cut its funding to several artists and arts organizations, including Shameless (a thread): pic.twitter.com/UOQpgwW7CB

“We are a magazine but we use publication as a conduit to do broader community-based work,” says Sampath. “And so for us, it’s about how do we amplify voices of marginalized communities, how do we build writing and arts capacity among youth? How do we use a publication as a basis to build capacity around social justice and understanding around social justice and civic engagement more broadly?”

While the magazine operated for 11 years after it was founded in 2004 without government grants, they currently account for 30 per cent of its budget, according to an explainer on its website. 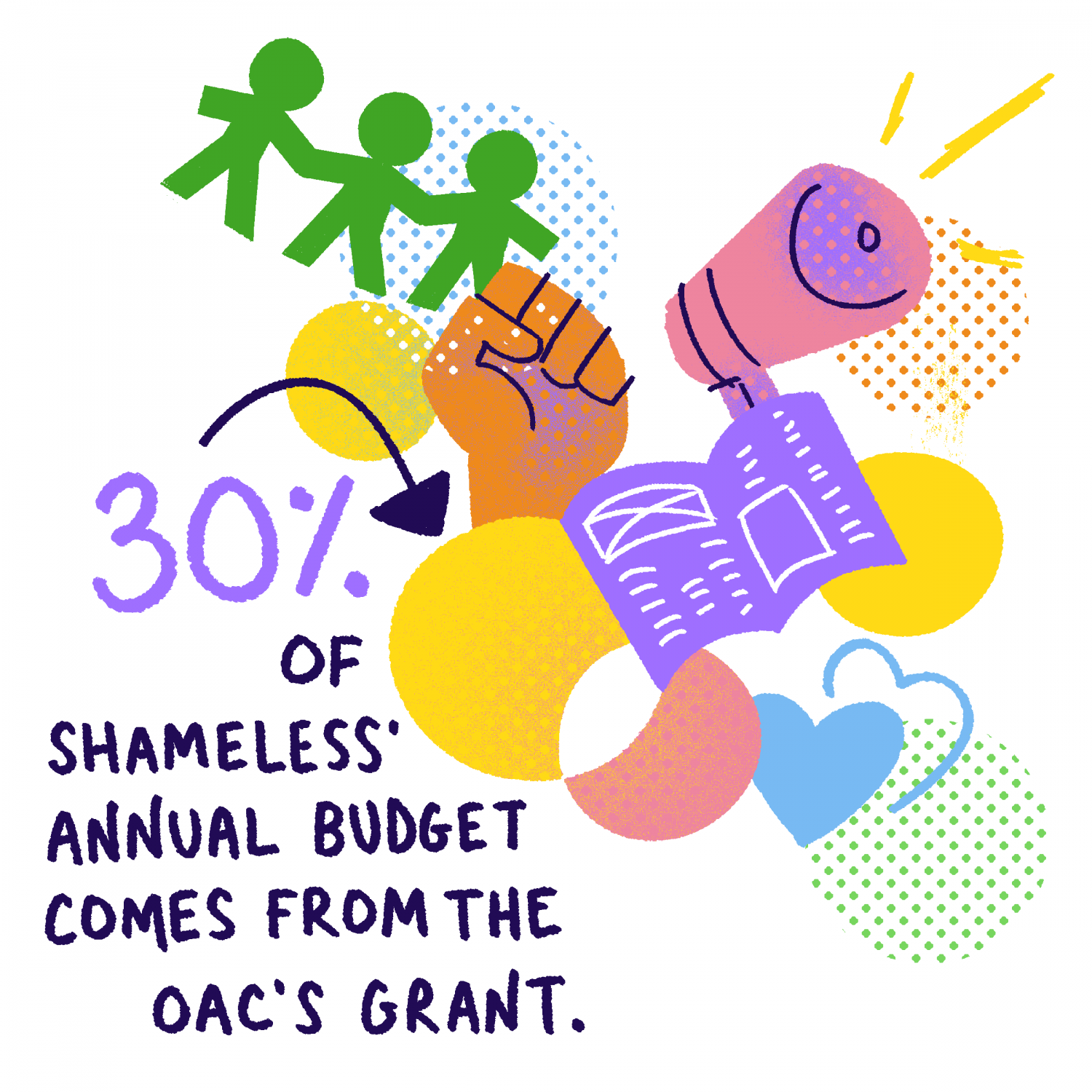 About thirty per cent of Shameless’s annual budget has come from the Ontario Arts Council since the magazine first started receiving publishing project grants in 2015. Illustration by Beena Mistry

For Shameless, its readership is not its source of income, explains Sampath. The magazine has been receiving a solid response to the sustainer’s campaign it began circulating after learning of the cuts, but as a youth-focussed publication, it often gives copies away to teens who can’t afford the cover price.

The risk in succeeding with its campaign, says Sampath, is when it manages to fill the gap created by the OAC shortfall, its success and ability to function without relying on that public support will be used as a justification for the cut: “I think that’s actually the most dangerous byproduct of austerity, is that we are always doing more and more with less and that becomes normalized. And we can’t normalize this.”

Without the support of grants, magazines like Shameless face an uphill battle. Niche publications that may serve a critical role but don’t fill a primary news need are competing for limited dollars – only nine per cent of Canadians paid for an online news subscription in the last year, according to the results of the 2019 Reuters Digital News Report Canada.

But not all media are conceived with the aim of turning a profit. They can provide opportunities for emerging and under-represented voices to develop their craft, they can create dialogue on issues that mainstream media tends to sideline, and they can build counter-narratives for the often toxic consumerism that has historically underpinned youth media.

Sampath points to the “power of Shameless existing in print” – having a youth magazine centred on topics like transformative justice or critical disability topics on the shelf beside mainstream for-profit publications with covers trying to sell diet fads and “beach bodies” sends a necessary counter-message. “It’s actually really important that we’re taking up space alongside all that other stuff,” says Sampath.

“I think a lot of us at Shameless, as volunteers, and a lot of our readership experience the teen-oriented media landscape as violent. They teach us to have really complicated relationships with our bodies, have really passive relationships with the world around us, they’re really consumer-driven … We’re providing an alternative and that alternative is a resistance to violence.”

The OAC changes aren’t the only way the Ontario government under Ford has been accused of threatening youth media. In early 2019, the Ministry of Training, Colleges and Universities announced that changes to student levy policies will enable post-secondary students to opt out of fees that have historically gone towards campus services and programs such as LGBTQ+ support centres and student newspapers.

“There’s sometimes this idea where (if) a publication (can’t) sustain itself or if you don’t have enough subscribers or advertisers and things like that … but activity projects, social justice projects, anti-capitalist projects are never going to be supported by capitalism and they do provide a public service in these really important and critical ways and should be paid for by the public. Really what we’re doing is providing community programming. Job training for young people.”

In an industry replete with among the highest rates of media concentration of ownership in the world and a continuously poor track record on representation and inclusion, the loss of projects that don’t have to turn a profit would create a problematic void in the Canadian media landscape, says a journalism labour expert.

Nicole Cohen, an associate professor at the University of Toronto and a co-founder of Shameless who sits on its board of directors, notes the ways in which the conversations surrounding government funding for journalism – which frequently reflect concerns about the appearance of conflicts of interest – don’t take into account that capitalistic structures and the profit motive are, themselves, corrupting.

“The whole system is really set up to support corporate media and I think it’s a mistake that for-profit media gets privileged over independent media when (independent media) is what we need now more than ever,” says Cohen.

Feminist publishers like Shameless and GUTS aren’t “led by this kind of false idea of objectivity, which is contested, but still kind of exists in mainstream journalism,” says Cohen. “This is a kind of media and journalism with a standpoint, with a politics, with an explicit vision. And the people who are producing this media are producing it in and with and for the communities that they live and work. It’s grassroots.”

“The idea is not to just put out culture for consumption, but to create space for people to participate in media production. It’s a really important way that we can kind of democratize the media system … public arts funding, just like the cuts to all public funds that the Ford government is doing, are really devastating, especially for marginalized communities, but I think for all of us.”

Indie publishers like Shameless aren’t beholden to advertisers and have no bottom line to toe. Instead, says Cohen, they exist “to open up space for marginalized voices, to open up space for explicitly feminist and anti-racist positions, these magazines are vital.”

In a corporate media environment, where even younger digital organizations are still led by predominantly white male editors and executives, alternative and feminist publications represent a platform for those systemic patterns to be subverted.

“We’re kind of scratching our heads all the time, ‘how can we make media more diverse and inclusive?’,” says Cohen. “Well, we can support the media produced by people of colour and women and trans folks and Indigenous journalists in this country.”

For Sampath, the magazine is about “showing up” and it fulfils its mission, in part, by being a reliable and stable presence.

“It’s kind of like having a camp, where every night you have a campfire, every night you’re telling stories and then people know that they can come. They might not come tonight, they might not come tomorrow, but they might come the next day,” says Sampath. “It’s that kind of active showing up, which is a different way of thinking about publications and it’s sort of a different way of thinking about funding, because you’re funding to sustain something so that it continues to exist, not so it’s profitable. It serves a different role.” 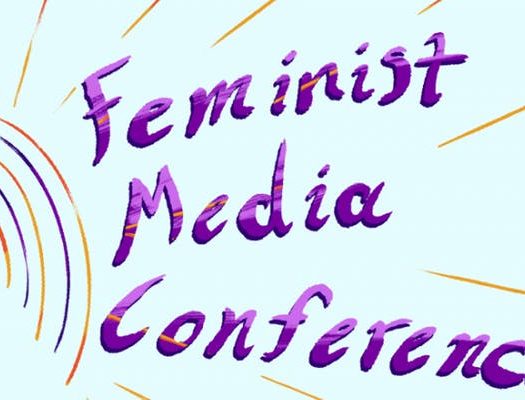 The Talking Back Feminist Media Conference

The Talking Back Feminist Media Conference 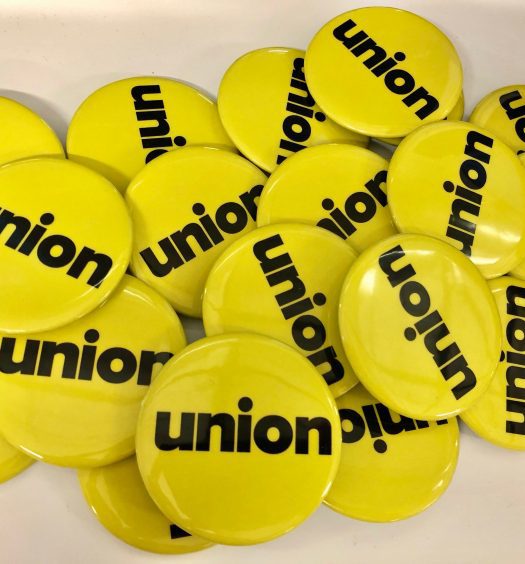