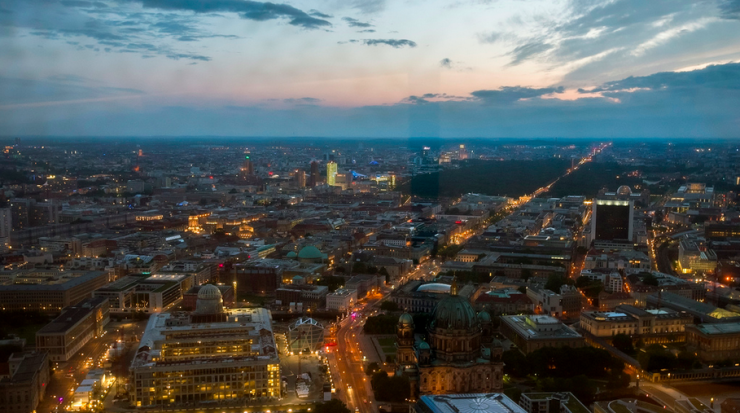 What freelance work looks like in Germany vs. Canada

For doctoral research on the working conditions of freelance journalists, Mirjam Gollmitzer conducted in-depth interviews with freelancers and interns across Germany.

As part of her doctoral research into the working conditions of freelance journalists, Mirjam Gollmitzer conducted 18 in-depth interviews with freelancers and interns in different cities in Germany. This article draws on a longer research article that was published in the academic journal Journalism Practice.Gollmitzer’s interest in journalists’ working conditions stems from her own professional experience. She has completed eight internships with newspapers, online magazines and radio stations in Germany and worked as a freelance reporter for several years. As a doctoral student at Simon Fraser University, Gollmitzer is conducting comparative research on the experiences of freelancers in Canada and Germany.

Every freelance journalist I interviewed in Germany talked about how much they liked doing journalism and how they enjoyed the independence from direct corporate supervision. They particularly emphasized the fact that they did not have to serve one particular company or cause (which is something they perceive to be true for their permanently employed colleagues).

Paradoxically, these statements were often made in the same breath as acknowledgements of high stress levels and widespread health issues. Both young journalists as well as their older colleagues reported receiving medical attention for herniated disks, inflammations of various types, and mental burnout, including long-term treatments in psychiatric hospitals. Such severe conditions, the journalists explained, were related to their work as freelancers or their internship.

In contrast to what is common for freelancers in Canada, many freelancers in Germany work regular shifts within media organizations. Freelancers in this position seem to have huge advantages over those who work remotely. According to my research, the latter are more anxious because they have very limited knowledge about organizational change, opportunities for training, or get-togethers with colleagues. Many of those concerns are shared by interns, who need to familiarize themselves in a short amount of time with the hierarchies and routines at their new workplace, generally without a dedicated mentor or training measures in place.

Among the younger journalists I talked to, those who attended one of a handful of prestigious journalism schools in Germany were the most optimistic about their professional future. They felt confident because those schools had not only trained them well in researching and reporting but outlined in detail what a professional life as a freelancer would look like: where they would find legal, administrative and tax-related advice, for example.

The general lack of social security among freelancers worldwide is remedied to some extent by the German Artists Social Security Fund. This is an internationally unique social insurance scheme that enables self-employed artists and journalists to access statutory health and pension insurance usually reserved for permanently employed workers. The great majority of freelancers I interviewed were enrolled in this government program. Also, free advice from lawyers specializing in labour and media law is available through professional associations and unions such as the German Federation of Journalists. Freelancers and interns who belong to organizations regularly seek advice and guidance on, for example, how to pressure news outlets to pay for completed assignments.

Still, most journalists I met felt unnerved by the legal, tax-related, and administrative tasks required for freelancing. This turned out to be the least favourite—and in addition, unpaid and often unacknowledged—activity related to freelancing. One journalist mentioned debating with herself and with a financial coach about which additional insurance to get to prepare for potential illness or other unanticipated events that would prevent her from working.

Female journalists in particular mentioned how a lack of rules for maternity leave for the self-employed would make it close to impossible to have children. As one journalist said, “There were times when, had I gotten pregnant I would have had to have an abortion because of the related costs and the impossibility of reuniting freelance work and maternity leave.” In spite of these pressures, none of the freelancers I interviewed expected government or professional organizations to improve their support and services. “Those who work as freelancers need to know what they sign up for,” said a freelancer. “I do not need a nanny to take care of administrative things.”

Unsurprisingly, then, my research participants hesitated considerably when asked about possibilities to improve or resist their working conditions. One journalist mentioned an informal agreement freelancers developed to put pressure on a radio station in Berlin, a protest called the “day that no one had time.”  The freelancers coordinated to collectively refuse to perform freelance work for the station for one day. However, this isolated campaign did not improve the journalists’ working conditions, despite briefly attracting the attention of editors struggling to assign work on that particular day. There are also several online portals to which journalists can anonymously post going rates for radio pieces and articles at particular media corporations— information that is difficult to access otherwise (www.mediafon.net, www.journalismus.com).

Similar online initiatives exist for journalists-in-training, where they can find out if and how much a newspaper or broadcaster will pay interns. Public shaming of news organizations that pay nothing or very little is part of such websites.

On an individual level, the freelancers and interns I interviewed used strategies such as not answering calls from editors (who had been assigned particular ring tones) or not showing themselves in public (in a small town where there was a good chance they would run into colleagues) when they wanted a day off. Also, one interviewee had published on her website the terms and conditions under which she can be hired for journalistic work after learning that freelancers are otherwise regulated by the terms and conditions of their clients. Another journalist decided to cross out passages in a contract offered to her that limited her author’s rights before she would sign it.

The ultimate goal of my research is to compare working conditions in Germany and Canada. Although I have not yet analyzed in detail the interviews I conducted with interns and freelancers in Canada, a few trends are obvious. First, stress and medical conditions arising from working as a freelancer or intern were mentioned frequently by German interviewees but were absent in my conversations with Canadian journalists. This is even more striking, as Germany offers freelancers protections such as statutory health insurance.

Also, journalists in Canada struggle much more to make ends meet, even as they accept more and more non-journalistic assignments. Such bifurcation of professional life is a daily reality for journalists in Canada but subsidizing journalistic work through other jobs is also increasingly common in Germany. In both countries, hybrid professional identities emerge whose primary focus is no longer to contribute to the larger public discourse but to cater to a variety of corporate and journalistic clients, partially by choice, but mostly due to a devaluation of the labour of news reporting. This is bad news not just for journalists. Everyone who believes that journalism has a critical role to play in a functioning democracy must worry about this development.

Mirjam Gollmitzer is a doctoral student and instructor at the School of Communication at Simon Fraser University.