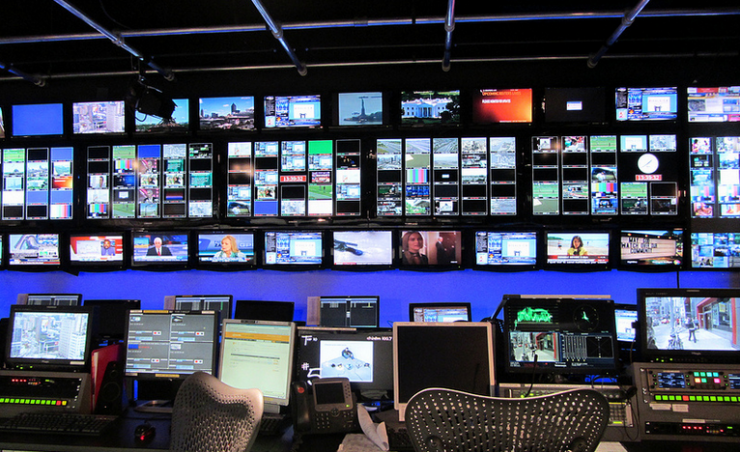 What the OMNI cuts mean for newcomer communities and journalists

Though multilingual publications and broadcasts have relatively small markets, it’s a mistake to overlook their political diversity, reach and longevity say advocates.

When Rogers Media announced it was cutting 110 positions in May, Canadians—journalists, community leaders and critics—focused on OMNI. Not just because the station received significant cuts, but also because of what it has come to represent.

“OMNI, being something that is synonymous with diverse communities and also with the face of Rogers—we were very surprised and shocked by [the announcement],” Jason Merai, executive director of the Urban Alliance on Race Relations (UARR), said of the company’s decision to eliminate Cantonese, Mandarin, Italian and Punjabi newscasts from OMNI’s broadcast. “Why would you eliminate that access to an opportunity for [newcomers] to gain knowledge to be engaged in this country?”

Since the announcement, the UARR, along with several other organizations including the Chinese Canadian National Council, Ontario Council of Agencies Serving Immigrants (OCASI) and the Canadian Ethnocultural Council (CEC), have co-ordinated to lobby against the cuts. Since May 7, they have held press conferences, drafted petitions and written letters asking Rogers to reconsider. They are now asking the Canadian Radio-television and Telecommunications Commission (CRTC) to step in.

Depending who you ask, the decision isn’t much of surprise. The financial fragility of OMNI—just one of the reasons given for the cuts—wasn’t news. In 2013, OMNI’s Portuguese and South Asian newscasts were scrapped. Last year, former Rogers president Keith Pelley told the CRTC that OMNI was in “crisis” and expressed concern over Canadians’ changing viewing habits. Much of OMNI’s revenue depended on U.S. programming that can now be viewed online.

“Given the length of the time OMNI has been in decline we had exhausted all other options to reduce our costs,” Colette Watson, vice-president of television and operations wrote in an email. That included cutting the most expensive U.S. programs and implementing an all-ethnic schedule on OMNI 2.

In June, executives at Rogers announced they would replace the newscasts with current affairs programs. A move, Watson said, that is in line with other broadcasters, “both ethnic and mainstream English and French,” hoping to reduce operating costs.

“We are not just cutting programming; we are replacing it with more relevant programming in the same language,” she wrote. “We are hoping that our audiences will give the new shows a try and are confident they won’t be disappointed with the depth of local issues these programs explore.”

Expected or not, the elimination of multi-language newscasts from one of Canada’s largest and most recognizable media companies is a loss to the communities they served. The response that followed has demonstrated the importance and vulnerability of third-language media and made Canadians more aware of it. While OMNI is not the only multi-language media outlet in Canada, it is one of the most visible and, under Rogers’ umbrella, relatively insulated from the funding challenges faced by smaller, independent operations.

Joe Volpe, publisher of Canada’s only daily Italian-language newspaper, Corriere Canadese was unsurprised by the change at OMNI. Though he believes Rogers’ decision will work in the company’s favour, he is critical of the idea that the way to adapt to the new media landscape is to scale back traditional platforms and cut programs. “Part of it is a self-fulfilling prophecy of saying that nobody follows news anymore; they can get anything they want online or they go to their smartphone,” he said. “And of course, the longer you repeat that mantra, the more likely it is that you’ll believe it.”

In 2013, Corriere Canadese briefly ceased operation when its parent company, Multimedia Nova Corp., was placed into receivership. Volpe, a former MP, joined with investors to buy the paper and resumed publication. Now, with an editorial staff of 10, the Toronto-based publication delivers a morning paper to its subscribers on everything from local and federal politics to the European Champions League. Only after subscribers have received their paper does the edition go online.

Volpe believes the 61-year-old paper—founded by the late Daniel Iannuzzi who also established CFMT, now known as OMNI—remains competitive by focusing on the needs and interests of the Italian community. “Maybe we’re wrong but we have a niche market and we’re trying to reinforce that market.”

Though many multilingual publications and broadcasts have relatively small markets, it’s a mistake to overlook their political diversity, reach and longevity, said Daniel Ahadi, a PhD candidate researching ethnic media and public policy at Simon Fraser University in Burnaby, B.C. “Ethnic language media, third-language media, immigrant media…embedded in that language is that they’re marginal; they’re not part of the mainstream,” he said. “We have to move beyond this because some of these so-called ethnic language media are quite big in terms of operation.”

In 2007, he co-authored a report on more than 144 ethnic media outlets representing more than a dozen communities in Vancouver alone. “Third-language media is part of a communication infrastructure that caters to newcomers,” said Ahadi.

This connection between journalism and immigration is something Merai and many of those advocating for the restoration of OMNI’s third-language [i.e. non-French or English] newscasts have witnessed first-hand. It’s how his Italian grandparents learned English, and how many newcomers to Canada keep up with issues in both their adoptive and home countries. (Not to mention, said Amy Casipullai at OCASI, they provide employment opportunities for foreign-trained journalists looking to continue working in their field.)

Ahadi pointed out that while other public broadcasters such as BBC and Australia’s Special Broadcasting Service have incorporated multiple languages into their programming, Canada has been slower to respond to demographic changes, placing most of the responsibility on private broadcasters to provide multi-lingual services. One in five Canadians reported a mother tongue other than English or French on the last census; 80 per cent reported speaking a language other than English, French or an Aboriginal language. Though language policies are intended to protect Canada’s national languages, the Broadcast Act requires broadcasters to “support the linguistic duality and multicultural and multiracial nature of Canadian society.”

It is these principles organizations fighting the cuts are hoping the CRTC will keep in mind.