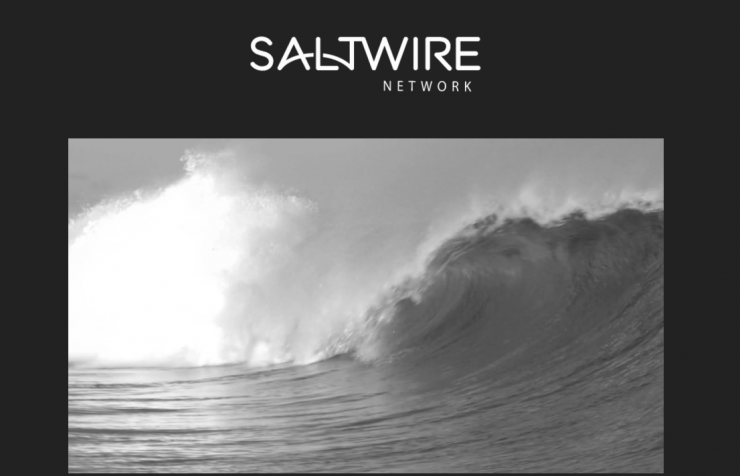 TC Transcontinental announced on April 13 they would divest of their interests in Atlantic Canada.

The owners of the Chronicle Herald, a daily newspaper based in Halifax, Nova Scotia, announced on Thursday that they had purchased 28 brands in Atlantic Canada from TC Transcontinental, including print dailies The Guardian (PEI), the Journal-Pioneer (PEI), The Telegram (Newfoundland and Labrador), The Western Star (Newfoundland and Labrador), Cape Breton Post, The News (Nova Scotia), and the Truro Daily News. Also included in the sale was the digital-only site  www.novanewsnow.com, and four printing plants in the Maritimes. According to a press release from TC Transcontinental about 650 employees are a part of the transaction.

In the process, the owners of the Chronicle Herald formed a new ownership group called SaltWire Network, derived from, “combining the essential element of Salt, which represents the sea that surrounds us, and Wire, a tool that connects and binds,” according to their new website.

Julia Kamula, senior vice president of Local Solutions at TC Media, told J-Source Transcontinental wasn’t looking to sell, but after a lot of “careful consideration” the company decided to move forward. “It’s really is in line with our business strategy to transform the organization,” she said, adding that they also looked at what will help ensure the Atlantic properties are sustainable businesses.

She said that the sale price was confidential. The newspapers sold to SaltWire Network were profitable, Kamula added, and had generated about $66 million in revenue. Mark Lever, president and CEO of SaltWire Network, did not respond to requests to comment at press time but told The Canadian Press that the expansion into several new communities would give them “renewed relevance.”

Movement on the Chronicle Herald strike

As most Canadian journalists are aware, collective bargaining has not gone so well at the Chronicle Herald. Staff, who are represented by CWA Canada, have been on strike for 15 months now over issues including  cut wages, increased work hours and potential job cuts.

Kamula would not comment on labour relations of other companies, but did explain what TC Transcontinental considered before making the sale. “The buyer is a well established publisher—since 1875—that has deep, deep, deep roots in Atlantic Canada and its business model obviously stood the test of time,” she said. “We were confident that SaltWire is well positioned to carry on the legacy of the brands they have acquired.”

I asked what this means for striking workers in Halifax, Mark Lever says strike will continue. Says company has offered a fair deal

However Martin O’Hanlon, the president of CWA Canada, says that this purchase shows Herald management has not been sincere in negotiations with the union. “The whole basis for their bargaining strategy was that they were having a hard time staying financially viable,” he said, noting that now they have likely spent a significant sum of money to purchase 28  new brands.

While talks have continued behind the scenes for sometime, it’s been months since the union and Chronicle Herald management have been at the bargaining table. O’Hanlon said that they will continue to push to go back to the table and find out what this sale means for bargaining. Depending on how that goes, O’Hanlon says they would consider another unfair labour practice complaint saying that Herald managment had been bargaining in bad faith.

The Telegram’s next collective bargaining negotiations

Among the papers sold to SaltWire are two that are unionized workplaces: The Cape Breton Post, which is also represented by CWA Canada, and Newfoundland and Labrador daily the Telegram, where about 80 workers are represented by Unifor. And The Telegram’s collective agreement is up at the end May 2017. (The Post’s contract was signed last year so they won’t be re-negotiating for some time).

Howard Law, the media industry director for Unifor, said he expects a tough round of bargaining. “I don’t want to predict the most dire scenario but here is an employer who has put these people out in Halifax on the street for 15 months and basically wants to break the unit,” he said.

As a result of the sale, SaltWire now owns a majority of the daily and community newspapers in the Maritimes, outside of New Brunswick. (The Brunswick News group of newspapers are owned by the James K. Irving).

Dwayne Winseck, a professor at Carleton University and director of the Canadian Media Concentration Research project, said he doesn’t think this sale will impact newspaper media concentration across Canada much since the properties are just being shifted to a smaller company. “The big thing is we now have the Halifax Herald group emerge as a much more significant player,” he said.

However, he did point out that this is in line with trends that have seen regional consolidation of smaller papers. On the west coast, for example, Black Press has bought almost all the papers on Vancouver Island, while in the Prairies, Star News Publishing snapped up 13 TC Transcontinental papers last year, including the Moose Jaw Times Herald and the Prince Albert Daily Herald. In a recent blog post, media blogger Steve Faguy noted that no province outside of Alberta has more than two community newspaper publishers.

Kamula said that TC Transcontinental are still the predominant publisher of community weekly newspapers in Quebec. In response to a question about whether they have chosen to focus to focus solely on the province, she said that they will continue to analyze their portfolio there and in Ontario.

Mergers and closures could be on the horizon

According to Kamula, because many of the papers sold to SaltWire are rural and very localized, they’ve been insulated in some ways to the pressures facing the print news media industry in North America.

But Kelly Toughill, an associate professor at University of King’s College journalism school in Halifax, said that some of the newspapers purchased are in competition with existing free weeklies owned. “I would expect to see some consolidations and some titles shutting down,” she said.

Toughill is also skeptical that SaltWire’s motivation is improving journalism. “I think they did this really to consolidate the advertising market and also because they’ve become much more interested with printing,” Toughill noted. As noted, as part of the deal SaltWire gains four new printing presses.