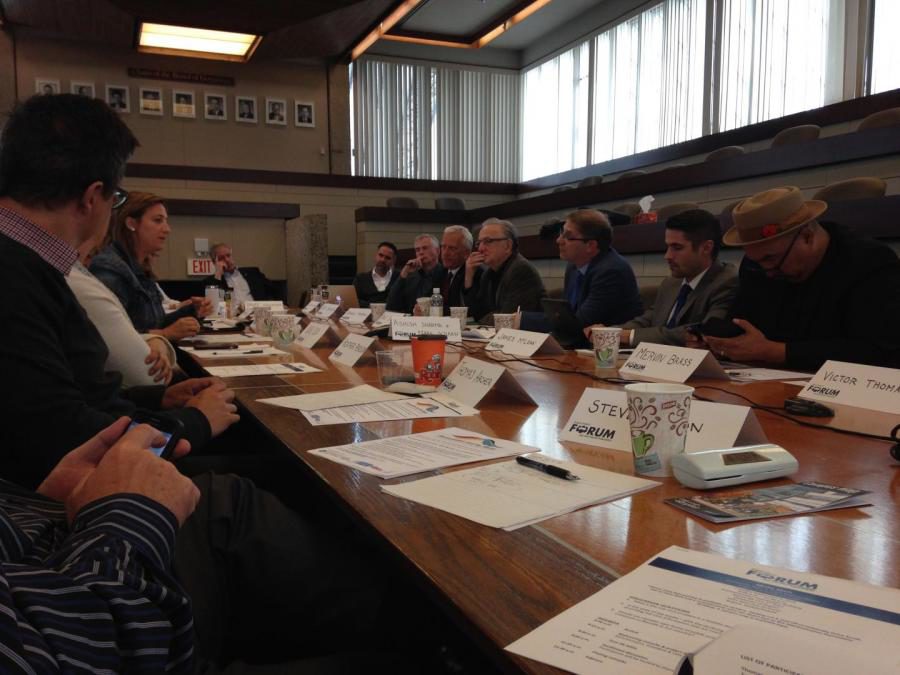 What will the Public Policy Forum’s report bring in 2017?

Ed Greenspon shares some of his observations after asking Canadians: Is there a journalism crisis in Canada?

Ed Greenspon has spent the better part of 2016 travelling the country asking Canadians: Is there a crisis in the civic function of journalism in Canada? And is a public policy response required?

The president and CEO of Public Policy Forum, an Ottawa-based think tank, has been working on the project at the behest of the federal government. Heritage Minister Melanie Joly’s office confirmed in June that the Forum would work on consultations about what policy the government could put in place—if anything—to improve the state of the media industry in Canada.

The report won’t be out till at least January 2017. But when J-Source caught up with Greenspon at the Media Innovation workshop at University of British Columbia in early November, he was able to shed some light on what he’s observed since conducting six regional round tables, numerous polls and focus groups.

J-Source: You said today you’re not ready to say what your conclusion is from the consultations— but you do have a thesis. What was your thesis?

Ed Greenspon: I tried to be very neutral going in. Obviously there is an apprehension in the sense that there is a decline in traditional media. The conversation started the Guelph paper had just closed, the Nanaimo paper had just closed and there had been a big round of layoffs in January and February. If you look at the stock price of publicly traded companies, Torstar was trading at about 1/15th of its value of five years earlier, Postmedia was trading at 1/300th of five years earlier. There were all kind of signs of lack of confidence in the industry and decay on the incumbent side of the industry, if you will.

And then the question was, what’s happening with the digital side? it was interesting to see BuzzFeed open and close its Ottawa office during that period. That was perhaps instructive.

It’s just kind of a continuous direction of incremental degradation.

J-Source: Now that you have been doing all these regional round tables, how is that trickling down? How are people feeling on the ground about what’s happening at Postmedia or what is happening at Torstar?

EG: Halifax, Montreal, Toronto, Ottawa, Regina and Vancouver is where we did the roundtables. It’s a different experience one way or another in a lot of places.

People who aren’t in the business see that there is a crisis which they believe is mostly a newspaper crisis. They don’t quite see it in local television in quite as a pronounced way but it’s obviously entering there. But they do have a sense that they are not getting as much news as they used to.

J-Source: How many people are actually going to the digital outlets?

One of the things that they often think—I wouldn’t that everybody thinks, but that they often think—they don’t really understand why there is a crisis in the newspaper industry because they see that there are websites and they see that there is advertising on the websites. They assume, ‘why don’t they just stop printing and just have their websites and they’ll be able to have the same number of journalists?’ They don’t understand that there’s a value proposition.

J-Source: From those focus groups did you get the impression that people are willing to pay for journalism?

E.D.: No—I get the impression that people feel guilty and laugh like, nervously, that somebody should pay for journalism and it’s got to be paid for and it’s very important for democracy and for society and for their communities, but they really don’t necessarily think that should be them. Some of them say they pay for one site just so I have one thing I go to. But It’s not an area that they seem to feel that they’ll invest reasonable amount of money into.

J-Source: What was the impression you got from the groups about how people are actually perceive the CBC’s role?

E.D.: There’s  a strong sense in the established industry of a built-in unfairness that the CBC has some form of unfair advantage.

J-Source: Is that from publishers or the public?

E.G: From publishers. Newspapers feel it in a slightly different way because they were never conceiving they were going to compete with the CBC for advertising dollars. Broadcast has always understood they were competing with the CBC for advertising dollars, one way or another, but the newspaper publishers feel the CBC has come onto their turf. I think this has  been exacerbated recently by the decision to create an opinion vertical which is further aggravating to the publishers.

There are a few things that you hear over and over. You hear about the CBC charging for digital advertising; you hear about government withdrawing from print ads; you hear this uncomfortable ambivalence with their relationship with platforms, particularly Facebook.

Canadian journalists, BlackBerrys and the crisis in political reporting: an...

Read More
Canadian journalists, BlackBerrys and the crisis in political reporting: an interview with Christopher Waddell