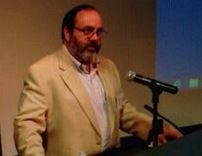 By Tamara Baluja  •  9 years ago  •  Teaching Aids
It's no secret that journalism is in flux. Layoffs, buyouts, shrinking budgets—this is the reality the industry faces today. So how can journalism schools prepare the journalists of the future?
That was the subject of the Toward 2020: New Directions in Journalism Education conference at Ryerson University, in Toronto, on May 31.