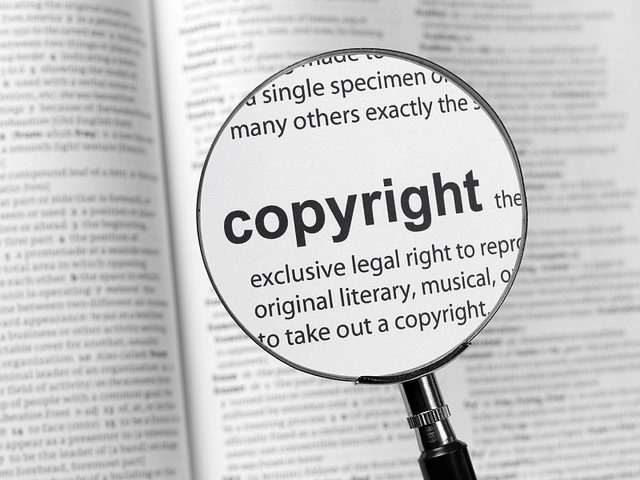 Why does a freelancer’s copyright matter?

As a freelancer, why should you protect your copyright? What are moral rights, anyway? How might these issues affect you? We turned to some of the Canadian Media Guild’s resident experts to explain.

In the wake of our recent post about a contract dispute between a group of freelancers and the non-profit broadcaster Accessible Media Inc., it seems like a good time for a refresher on the topic of copyright and moral rights.

As a freelancer, why should you protect your copyright? What are moral rights, anyway? How might these issues affect you? We turned to some of the Canadian Media Guild’s resident experts to explain.

WHY PROTECT YOUR COPYRIGHT?

CMG Freelance branch president Don Genova urges freelancers to try and preserve their copyright whenever possible. Your ideas, after all, are your bread and butter.

“Ownership of our work is money in our pockets,” says Genova.

“All the hard work we do in creating a product should not be simply ‘given away’ to a publisher or commissioner because they insist on it.”

At the same time, he says, remember that if you sell a story and the publisher demands copyright, the copyright exists “only on that particular set of words that gets published.”

You still have the right to rewrite your story and sell it elsewhere unless you sign away those rights – which is what Accessible Media’s contract asked its freelancers to do.

“Be extremely wary of contracts that demand exclusivity on all of your underlying research, notes, interviews, etc. You’re not their employee, you are selling them one version of what you’ve learned about a particular topic they’re interested in,” says Genova.

But do publishers and broadcasters need those rights? In a recent post about the Accessible Media contract that appeared on Rabble and J-Source, the broadcaster claims that they need to have the rights to the content they are producing.

“Several engagers over the years have tried to claim that they ‘need’ authors to waive their moral rights so that their editors can edit and re-purpose the work. Nothing could be further from the truth,” he says.

“An engager doesn’t need the moral rights, nor do they even need to own the copyright, to be able to edit and eventually publish a freelancer’s work. All they really need is a license to use it.”

Publishers and broadcasters are free to propose a “full buyout” of copyright and moral rights, but freelancers should be aware that such rights have value. Once you’ve sold those rights, says Maskell, you lose the ability to use your original raw materials, including research, interview notes, sketches and raw recordings, for any similar or derivative works you might want to produce at a later date.

Accessible Media also claims that because they are commissioning the stories they broadcast, they own the final product. Maskell disagrees.

“The commission alone doesn’t determine who is the owner of the work – the ‘material.’ The Copyright Act is crystal-clear on this: ‘the author of a work shall be the first owner of the copyright therein’ (s. 13),” he says.

If a broadcaster or publisher wants to own the copyright of the material they commission, says Maskell, they need to either negotiate the purchase of that copyright from a freelancer, or they need to engage that freelancer in a true employer/employee relationship — a relationship that comes with advantages such as job security, vacation time and other employee benefits.

Even if a publication or broadcaster assigns you a story of their own conception, Maskell says copyright still defaults to the freelancer.

“The issues of who had the original idea, or who owns the equipment on which the material was created, are not considerations under the law when determining ownership of copyright. The question is very simple: who did the work?”

WHAT ARE MORAL RIGHTS AND WHY DO THEY MATTER?

“When a commissioner demands moral rights, essentially what they can do is strip your identity from your product and give you no say as to where it may end up,” he says.

This means a publisher or broadcaster can use your work — either with your name attached or without — in any way they wish, including in an advertorial context.

“This is particularly dangerous for freelancers who are building a brand based on their particular expertise and knowledge,” says Genova.

He cites, as an example, Canadian parenting writer Ann Douglas, who wrote a post for Story Board in 2013 explaining why she was giving up her column at the Toronto Star.

“The contract she was asked to sign would have granted The Star the rights to sell her work to third-party interests, interests she may not morally agree with because of the issues or policies they stand for,” says Genova.

When you’re offered a freelance contract, read it carefully and keep your copyright and moral rights in mind. Remember: your work has value and so does your copyright.

This article originally appeared on TheStoryBoard.ca.