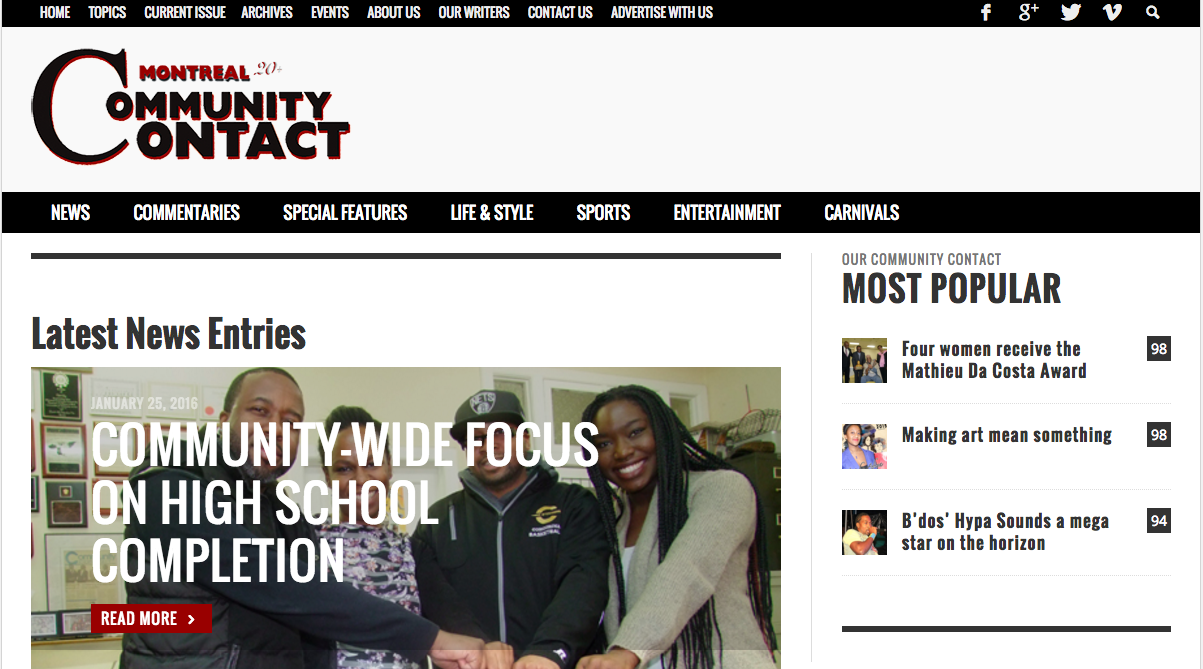 Blacks make up Montreal’s largest visible minority. According to the 2011 census, 147,100 live in the city. Why, then, are there so few in our media?

Dorothy Williams, strategic development director at Collective Community Services, a local non-for-profit community organization, traces back to 1934 Montreal’s first newspaper aimed at black readers. The Free Lance, which folded in 1941, was meant “to counter the pervasive negative portrayals of Blacks in their city’s media [sic].”

Community newspapers similar to the The Free Lance are still where the black media presence is strongest in the city. In fact, Community Contact, which has been around for more than 20 years, has been home to the first bylines of many reporters who went on to high-profile roles in the news business.

Shelley Walcott is one of them. Some 50 Canadian news organizations had turned her down before CNN came knocking in 1997. During her stint there, which ended in 2003, she was first a video journalist for the network, then a reporter for the children’s show “CNN Student News.”

Initially, she attributed the rejection letters to the province’s political climate, still searing over the 1995 referendum—being part of the province’s anglophone minority felt “like I was on the outside looking in,” she said.

Since 2013, Walcott has been a main anchor at New Hampshire’s WMUR-TV. Experience has deepened her hindsight.

“I’ve been in the business for 20 years and when I see people [coming out journalism school] and how green they are, I understand what an employer is looking for. To be successful at anything, you can’t blame anyone else, because it’s very competitive out there.”

It can also be lonely. Shari Okeke, a writer and broadcaster at CBC Montreal’s “Daybreak,” recalls being the only black reporter in the Montreal newsroom when she arrived in 1999. She had reasons to be optimistic, though, she said via email.

“I landed a paid internship…at a newspaper in Ontario straight out of journalism school. After that, I was unemployed for about two months while I searched full-time for a job in television.”

That’s when Okeke began at CBC’s national newsroom in Toronto in 1997. As an editorial assistant she was “splitting scripts, delivering scripts and rolling teleprompters,” she said. “Even changing toner in the printer.”

She became a chase producer four months in. The producer who hired her later revealed how she had stood out.

“He chose me because while working as an EA [editorial assistant] on his show, I paid attention to the program, contributed as much as I could and demonstrated a clear interest in being more than an EA.”

But while making it in journalism is difficult for hopefuls of all backgrounds, those from non-white communities shoulder heavier expectations, said CTV Montreal’s Maya Johnson via email.

“I do think visible minorities need to push harder, do more networking and really advocate for themselves. And once they get their foot in the door and pay their dues, they need to take initiative and ask for advancement opportunities.”

Networking is an obstacle Shani O. Hilton, executive editor for news at BuzzFeed, also talked about—namely how many underestimate it.

“Many of us are so busy working twice as hard and hoping to get noticed that we don’t do the networking that seems like bullshit but is actually a key part of career advancement,” she wrote on Medium in March 2014.

But networking does not explain the shortage of blacks in Québec media, said Reginald Rivette. The editor-in-chief of Souche magazine thinks the insular mentality of Quebecois black communities is what restricts their media visibility.

He said media organizations’ disinterest with black communities starts with the latter’s entertainment choices. He explained that while a Denzel Washington or an Oprah may appeal to many demographics in America, this kind of crossover appeal is rare in Québec.

This is because second-generation Quebecois blacks favour U.S. celebrities, in addition to stars from their family’s home country—but reject local Québec culture and its celebrities. Rivette said this self-seclusion directly affects who media companies and advertisers covet.

“Québec show business should be bending over backward to sell us products, but if we’re not paying attention to local celebrities, why should they make the effort to reach out?”

He initially targeted a multicultural audience, handpicking Algeria-born Lynda Thalie, who’s based out of Montreal, for the cover of the first issue of Souche. Lack of interest shifted the magazine’s focus to a black-only readership.

“The idea of ‘multicultural’ makes for nice speeches, but it’s a different story in everyday Montreal. People from different backgrounds don’t really just come and blend together.”

Those who complain about the lack of black representation in the media, he said, should get more involved in local culture. Government grants available to top Québec producers are at every creator’s disposal.

“We can’t ask for the ‘establishment’ to look for us, find us, then give us work as we sit there waiting.”

One glance at Johnson’s bio, and you would be hard-pressed using words like “sit” or “waiting.” The recipient of a Canadian Women’s Press Club scholarship began at CTV Montreal as an intern in 2005. She was 21. The network hired her in 2012 permanently after close to a decade of freelancing, part-time and substituting work.

Johnson, who begins her job as CTV Montreal’s Québec City bureau chief this February, mused that none of this might have happened had CTV not reached out.

“I was hired through a visible minority internship program. There’s no shame in that. The news director and executive producer made it clear to me: I wasn’t there to be a token. They had high expectations.”

“It’s…really important for journalists of colour to share what we’re hearing and experiencing in our communities with colleagues in our newsrooms, in order to bring attention to those issues.”

“When people do not feel the media reflects their reality, they can be hesitant to talk to the media at all,” said Okeke.

Jean Numa Goudou, editor-in-chief of In Texto, said that ultimately the reluctance to address race publicly falls back on the shoulders of Québec officials. Goudou collided with the race wall first-hand when he asked for numbers related to blacks in the education system. The Québec government referred him to the province’s school boards. They, in turn, ignored his calls. He got an answer after approaching a non-profit organization.

“I was told that the government thinks the Haitian community would be stigmatized if such numbers were released. They do this to be politically correct—but this approach doesn’t help the community,” he said. “The mainstream media has to cover these topics, amongst others, so that people from different races learn more about each other.”

Last August, Goudou broke a story on Héma-Québec, the province’s blood services agency, after it began accepting a larger pool of black female donors. The story received no attention in the mainstream media. This disinterest will affect the wellbeing of all Canadians, including future ones, he said.

“As more immigrants arrive, the public health system has to adapt. Blacks consume media too [and this helps] Héma-Québec to find more donors. This is a public health issue.”

Correction: This story has been updated to clarify that that Shari Okeke was the only black reporter at CBC Montreal in 1999, not at the CBC network. We apologize for the error.

[[{“fid”:”5419″,”view_mode”:”default”,”fields”:{“format”:”default”,”field_file_image_alt_text[und][0][value]”:””,”field_file_image_title_text[und][0][value]”:””},”type”:”media”,”link_text”:null,”attributes”:{“height”:345,”width”:235,”style”:”width: 75px; height: 110px; margin-left: 5px; margin-right: 5px; float: left;”,”class”:”media-element file-default”}}]]John Delva is a master’s student in journalism studies at Concordia University. He is a longtime follower of behind-the-scenes media in Canada and the U.S. He has written on various topics such as comments sections and newspaper political endorsements. As part of his thesis, he will spend one month at Radio-Canada’s Montreal newsroom to study its news-gathering process. 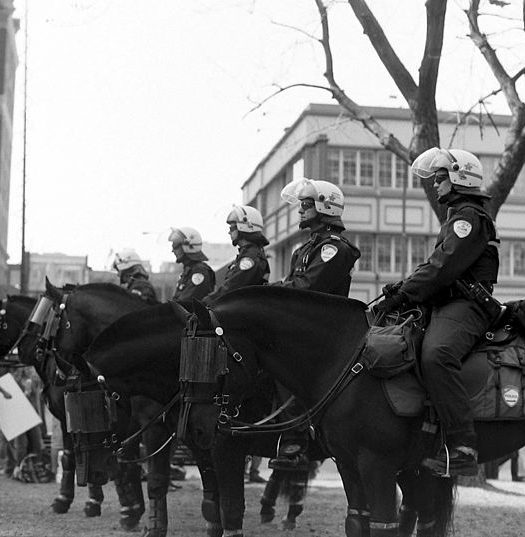 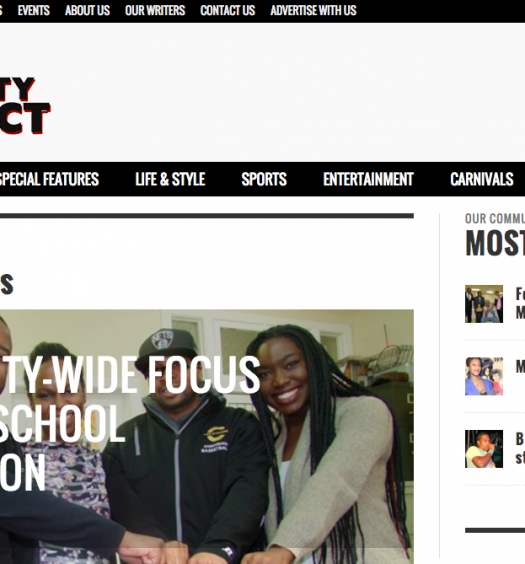