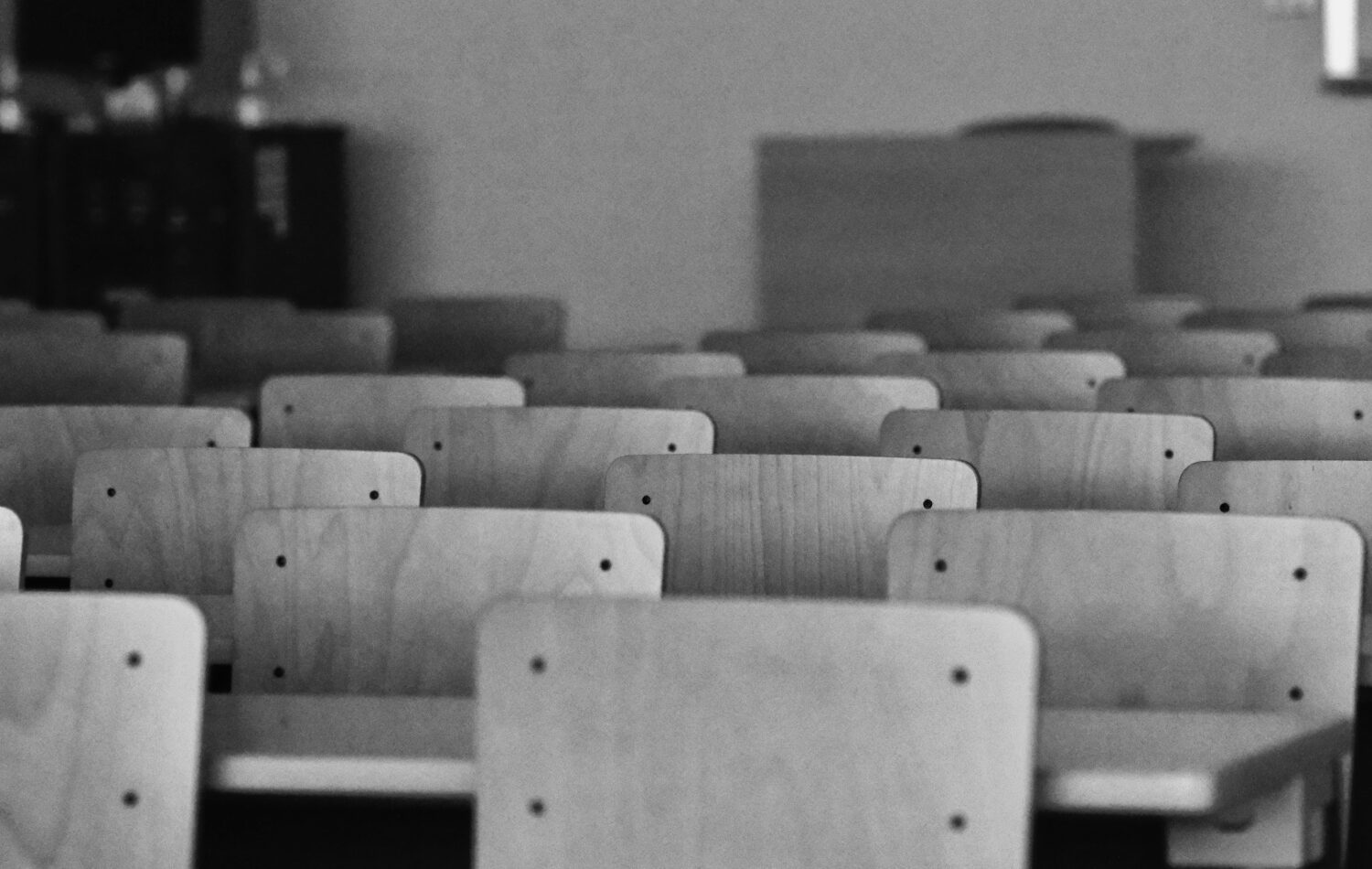 Why unpaid internships are at odds with the goal of a more equitable, diverse media industry

Why unpaid internships are at odds with the goal of a more equitable, diverse media industry

J-school umbrella group studying the issue across Canada, to issue recommendations this fall

In 2019, the Concordia Journalism Student Association led a strike against unpaid internships in Québec.

Diona-Rosan Macalinga, who was then a first-year student, recalled most students didn’t come to class to show their solidarity.

“We’ve been talking about unpaid internships and it feels as though they create barriers for marginalized groups,” said Macalinga, now a fourth-year student currently serving as the executive of finance at the Concordia JSA. “We hear news organizations say that they would like to create inclusivity and diversity in the industry, but having unpaid internships is kind of counterproductive to that goal.”

It’s an ages-old debate that was reignited yet again in the fall, with a tweet from B.C.-based photojournalist and Room Up Front founder Jimmy Jeong, who posted the outline for CBC’s internships. The program, explains the post, entails students working full time for six weeks, with no other scheduled obligations like school or work, and potential limitations on outside freelancing. The positions are unpaid.

Jeong, and many, many others, identified the roadblock at the gate that’s put up for low-income and traditionally underrepresented journalists when getting entry-level experience requires full-time unpaid labour, on top of a university tuition.

But the issue, of course, is not limited to the public broadcaster and it’s one that’s been contested in waves over the years. Conversations on the subject, which once focused more heavily on debating the merits of unpaid training and the opportunities it could lead to, have evolved into a more holistic look at media labour and the harms done when financial means are a precursor to even getting started.

Unpaid internships at Toronto Life and The Walrus were shut down in 2014 following an Ontario labour ministry inspection which found they weren’t complying with Employment Standards Act exemptions, like being offered for school credit, and were therefore operating illegally.

It’s the latter provision that allows many unpaid internships to operate. CBC News editor-in-chief Brodie Fenlon responded to Jeong’s tweet noting some of the paid training positions available (including the Joan Donaldson scholarships and fellowships for Indigenous and Black journalists run with the Canadian Journalism Foundation) and that the six-week placements are conducted as part of school curricula.

“We recognize that unpaid internships drive down wages for journalists and contribute to precarity for working journalists,” CWA Canada wrote in a letter of solidarity with the Concordia JSA’s 2019 motion to strike. “Requiring journalists to engage in unpaid labour also structurally discourages the poor, people of colour and other marginalized people from entering the field altogether.”

In coverage of the motivations behind the week-long action, J-Source contributor Audrey Carleton listed internship policies of 10 media programs. Internships were required at six programs and optional at four. Two programs required that internships be unpaid to be used for course credit (Concordia journalism’s chair told J-Source the requirement was to be lifted in fall 2019). Only one school required internships be paid.

Today, the exact scenario in journalism schools and programs is as of yet unclear. Currently, there is a patchwork system across Canadian journalism programs, says J-Schools Canada/Écoles-J Canada chair Susan Harada, with some requiring internships to be completed as part of graduation requirements.

Macalinga said that to secure a job in the journalism industry after graduation, students need to build their portfolio as media companies value experience more than grades.

“This is why it creates barriers because when we need experience to secure a job, how can we even get it if we can’t afford it?” said Macalinga. “For low-income students, for students from marginalized, disadvantaged groups, how could they afford it?”

With journalism internship programs frequently hosted in major cities, students who live in smaller markets — or even just outside of Toronto — are required to shoulder the costs associated with relocating for a temporary position.

Students rely on an average of 2.5 sources for their university funding, according to a survey of graduating students by the Canadian University Survey Consortium, most commonly familial support, part-time jobs and student loans. Nine per cent of students rely on co-op programs, internships and other practical experiences related to the program to help fund university.

In the summer of 2020, open letters and petitions detailing systemic discrimination and barriers at Canadian journalism schools circulated, including proposals for plans of action. One group of BIPOC students and alumni of Carleton’s journalism program identified addressing unpaid internships as a priority.

The document, which was co-organized by j-school alumni Olivia Bowden, ​​Nadine Yousif, Raisa Patel, Arvin Joaquin, Tobin Ng and Jolson Lim, made recommendations including that the school ensure academic internships are paid, or provide funding for internships. The group started meeting with Carleton administrative staff during that summer and have continued to meet for follow-ups, including this month. Early discussions hinged on trying to advance specific elements of their calls to actions, including those around Indigenous reporting.

Bowden, a staff reporter at the Toronto Star who graduated from the master of journalism program in 2017, said one of the core barriers to be successful in the industry is the need for several internships to even get a foothold.

“The unpaid internship aspect was already something we had included in the calls to action because I think we saw it as a wedge in creating equity, not just in the school environment, but beyond that.”

The issues outlined in the CTAs covered those they observed during their time at Carleton, ones they felt hadn’t dissipated in the years since they left.

“We had put forward this unpaid internship issue and one thing that struck me is I think j-schools in general act too naive about this issue,” said Bowden. “I don’t think that this was a surprise to them. I’m sure they must have heard from students over many, many, many years that not being paid for their work is an issue.”

In a June 2021 open letter, Harada (then Carleton journalism and communication school interim director) and Allan Thompson (incoming journalism program director) wrote that the school has a duty to “acknowledge the role we have played in the perpetuation of systemic racism in the education of young journalists,” and committing to publish an annual audit of its progress in executing an action plan.

In its inaugural report, the school highlighted the new Carty Chair in Journalism, Diversity and Inclusion Studies (for which Nana aba Duncan was hired this year), and some paid mentorship opportunities with the Globe and Mail and a paid internship with CBC North. The school also pledged to work towards ending the practice of unpaid internships and noted its participation with JSC/EJC.

Under Ontario’s employment legislation, one of the requirements for a legal unpaid internship is that the employer “derives little, if any, benefit from the activity of the trainee while he or she is being trained.”

But when it comes to journalism internships, by design, that on-the-job training tends to yield output — stories fit for publication or broadcast — similar to any other staff member.

Of the legal requirement, said Bowden, “I know for a fact that that’s completely untrue. Any of the unpaid internships I’ve done, you’re not coming in to learn. You are expected to be on your game as a reporter who knows what they’re doing.”

The ubiquity of unpaid internships is yet another reason that someone interested in pursuing a reporting career is effectively required to enroll in journalism school to access foundational professional training. And in cases where a student is required to enroll in an internship course or practicum unit to fulfill their graduation requirements, that means that they’re being compelled to pay to do unpaid work.

Bowden said she remembered she was told on her first day at Carleton that they should quit their part-time job because it’s not going to be possible to work and do this degree at the same time.

“I don’t think any j-school should see this as a new issue, or ‘we didn’t know this was a problem.’ Obviously if you face entry into the industry around unpaid work, you’re going to end up with people who can afford to do so. And then you end up with the completely unbalanced industry that we have, and it’s often framed as ‘if you don’t want to take an unpaid internship, well maybe you’re just not cut out for this industry.’”

“They really romanticized waking up at 4 a.m. to go do unpaid work, come back for lecture and probably another job after,” said Bowden. “I don’t think advocating that will make you end up with better journalists.”

Rather, Bowden said the culture of unpaid internships will result in having “journalists from a very specific part of our society that ends up severely hindering our industry’s ability to do what journalists are set out to do, which is to represent the public.”

“I’m just disappointed that this has landed on the shoulders of young journalists of colour to do all this work. There’s so many older reporters that I admire who totally agree with us, but we’re so insecure and have precarious jobs. Why do we have more guts to go after this than they do?”

—With files from Steph Wechsler 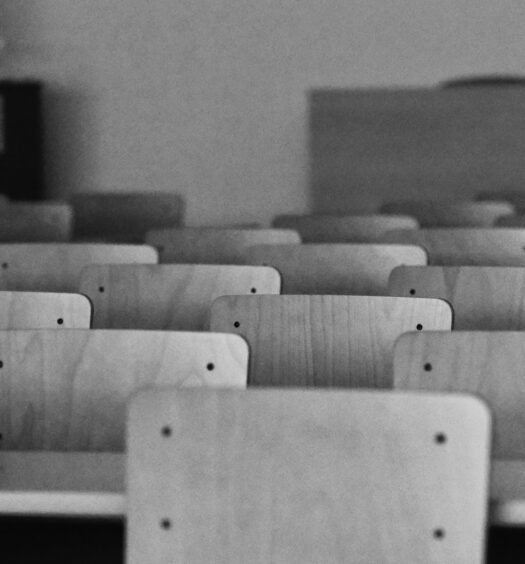 Why unpaid internships are at odds with the goal of a more equitable, diver...

Read More
Why unpaid internships are at odds with the goal of a more equitable, diverse media industry