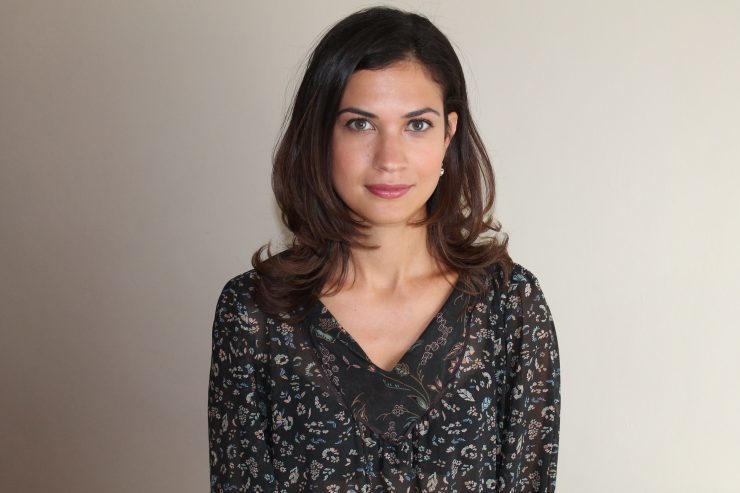 5 Questions with Sara Mojtehedzadeh: the value of work and labour reporting

The Toronto Star reporter on why covering the labour beat is far more than reporting on the role of the labour movement in society.

Sara Mojtehedzadeh is the Toronto Star’s work and wealth reporter. She was a panelist at the recent York University Global Labour Speakers Series’ discussion titled  Labour and the Media/Labour in the Media. She shares more of her insights on the important issue of  work and labour reporting with CMG below.

1) How did you first get into work and labour reporting?

This role is my first experience directly with work and labour reporting, but I have always been interested in social justice issues and had focused on this in my past role at the BBC African Service. For example, I’d written in the past about migrant worker issues in Italy and economic development in Kenya. Most of my work previously was international in focus though, so I wasn’t sure if I’d even have a shot when Toronto Star posted this position. But I went for it anyway, and it’s the best job to ever happen to me.

2) How would you define work and labour reporting?

I think work and labour reporting is quite simply reporting on the issues facing working people, and how working life intersects with everything else in our world like health, family, and community. This absolutely includes reporting on role of the labour movement in society, but it also involves talking about the challenges faced by the majority of working Ontarians who are not protected by a union. These are the most vulnerable and precarious workers in our economy in many cases, who suffer most from any deficiencies in our employment and labour laws. But those legislative deficiencies also impact unionized workers and reduce their bargaining power, so when we’re talking about the growth in Ontario’s precarious workforce, we’re talking about a trend that impacts all of us.

3) Why do you think work and labour reporting is important?

I think it’s important to acknowledge how absolutely fundamental work is not just to income and wealth, but to our sense of purpose, identity, and well being. People give a huge amount of themselves to their employer. Employers are also subject to a huge number of obligations and constraints, but at the end of the day there is almost always a pretty significant power imbalance between employers and their workers. And it is a reporter’s job to expose those kinds of power imbalances and hopefully foster conversation about how to address them.

4) What stories do you think are not getting told with the decline of labour reporting at newspapers and media outlets?

So many! I know that I wish my day was twice as long so I could report on all the issues that cross my desk. Our economy is shifting before our eyes with huge implications for the values a lot of us take for granted. These types of stories in the Star always get a huge response, which makes me wonder why more outlets aren’t talking about them. Readers like them, plus they’re important! Seems like a win-win to me.

It also makes me wonder why more politicians aren’t sitting up and paying attention when middle-class, professional parents call in and talk about how they’re worried about their kids stuck in precarious jobs. Yet our political narrative is fixated on the middle class. What about the next generation of voters, who are at real risk of falling out of the middle class?  At the same time, there is a huge opportunity to talk about interesting long-term solutions to these issues and the media has an important role in that.

5) What is your advice for journalists who are wanting to do more work and labour reporting?

If you’re a young journalist, you probably have experience with some of the real issues being faced by precarious workers. So draw on that, and the experiences of the people around you. Get in touch with grassroots organizations who can give you the lay of the land. Meet with as many people in person as you can – I always find it’s the best way to shape your thinking. But being nerdy and reading up a lot helps too – there is some great work/labour reporting being done in the U.S. and other places that can help you think about what kind of similar stories could be told in Canada. A couple writers I recommend following: the New York Times’s Rachel Swarns and the Washington Post’s Lydia De Pillis.

This story was first published on the CMG blog and is republished with its permission.