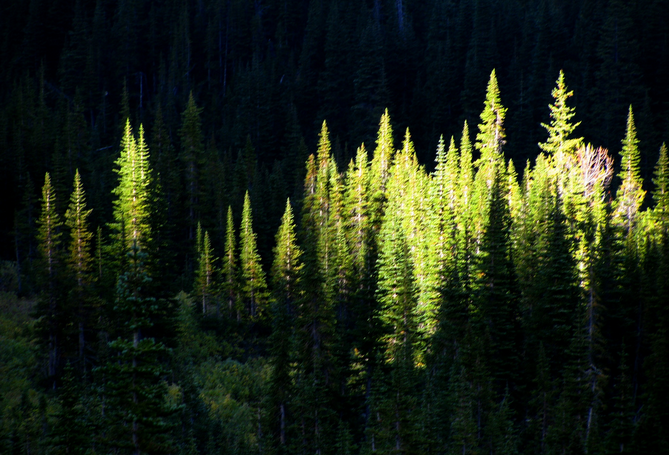 A man, a tree and a forest’s future in John Vaillant’s “The Golden Bough”

Vaillant’s 2002 New Yorker story about a man who “got a chainsaw and did something terrible” is a master class of reconstructed narrative.

John Vaillant’s “The Golden Bough,” the precursor to his famous book The Golden Spruce: A True Story of Myth, Madness and Greed, was written five years after the attack that killed K’iid K’iyaas, the sacred tree of the Haidi. Vaillant doesn’t need to beat around the bush about what happened that January 1997 night on one of the Queen Charlotte Islands (now Haida Gwaii), and the chaos it unleashed.

If the story had been written closer to the event itself, when emotions were still running high, the story’s theme would have been one of uncertainty. The possibility that Grant Hadwin might reappear would be fresh in people’s minds. The thought of where to go next would have been a question mark. To this day Hadwin remains missing, so Vaillant wrote a piece that could serve as a eulogy for a man who “got a chainsaw and did something terrible,” as the New Yorker article subtitle says.

Vaillant explores the great contradiction of Hadwin’s life. He was a forest engineer who loved the forest, yet he did advance work for major clear-cut excursions. This increasingly unbearable tension led to his swimming across a freezing river with a chainsaw. “In the end, he helped to raze the site of many of his happiest memories,” writes Vaillant of Hadwin’s work in the logging industry, where he was tasked with laying out roads through British Columbia’s forests so loggers could start their work.

Hadwin was disturbed by the clear-cutting practices of the companies he worked for, but his views increasingly were at odds with most of the industry and he began to struggle to find work. His search was not aided by cover letters he wrote, such as the one Vaillant references, where Hadwin said he had philosophical differences with the forestry industry and wasn’t familiar with buzzwords like “Forest Renewal.” Hadwin’s alienation from his chosen industry is what led him to take a chainsaw to K’iid K’iyaas, as he indicated in a manifesto, mailed to the Vancouver Sun, Greenpeace, some members of the Haida Nation, and MacMillan Bloedel, the logging company that at the time controlled the land the golden spruce grew on. In that letter he wrote: “I didn’t enjoy butchering this magnificent old plant, but you apparently need a message and wake-up call . . . I mean this action, to be an expression, of my rage and hatred, towards university trained professionals and their extremist supporters.”

This is the section that Vaillant pulls out to illustrate Hadwin’s thoughts and to provide a rationale for his actions. Hadwin believed that people didn’t take the destruction of the forest he loved (and helped destroy) seriously, so he went after the one thing that seemed to stir everyone’s protective spirit. Vaillant sums up Hadwin’s rebuttal to the outpouring of anger and sadness that his actions brought with a quotation from an interview Hadwin gave: “When society places so much value on one mutant tree and ignores what happens to the rest of the forest, it’s not the person who points this out who should be labelled.” (Hadwin said this after a reporter questioned his mental state for one of the stories that appeared after the event.)

Even though Vaillant fairly presents his troubled life and possible struggles with mental illness (his older brother committed suicide and had schizophrenia), there isn’t much sympathy to be found for Hadwin. He seemed to have been experiencing some degree of stress and had travelled around handing out condoms and syringes on the street before returning to the town where his wife (from whom he was separated) and children lived. Neighbours raised concerns about his odd behaviour, but psychiatrists felt that all he was demonstrating was a “paranoid reaction,” but was mentally competent.

Vaillant doesn’t disagree with the diagnosis, but presents the story of Cora Gray, a Gitanmaax elder and a former friend of Hadwin’s, who claimed that after training for cold-water swimming, Hadwin may have deliberately tried to kill them both. His mental state can’t be definitively proven, and Vaillant leaves the possibility open that after his assessments, Hadwin’s mental state deteriorated further.

“The Golden Bough” is also the title of a story from Virgil’s Aeneid, where Aeneas, the protagonist, picks a golden bough from a special tree. When he does so, a new one grows in its place. This golden bough allows him to safely pass through the Underworld to visit his dead father. It’s also the name of a book by Scottish anthropologist Sir James George Frazer, about comparative religion. Frazer theorized that the idea of rebirth was central to religious mythologies around the world. The golden spruce was supposed by some of the Haida to be a human boy who has been turned in to a tree when he turned to look back at his abandoned village. The spruce was a new life for this boy, and one that lived for over 300 years. Although Hadwin’s chainsaw attack killed the spruce and the cultural heritage that was attached to it, clippings had been taken from the tree while it was still alive. As Vaillant says in the conclusion of his article, one grows in Port Clements on the islands, surrounded by a chain link fence to keep it safe.

Unlike the tree, Hadwin himself has disappeared completely. Vaillant’s feature gives some life to his story, telling the reader that Hadwin was more than the misguided would-be eco-terrorist outlined in news articles. In an interview with The Tyee after The Golden Spruce was published, Vaillant said he was drawn to Hadwin’s story in part because “Hadwin had a heart, a real capacity to connect with people. And he was connected to his kids.” Vaillant also said in that interview that some of Hadwin’s legendary intensity was clearly present in his son.

Vaillant doesn’t shy away from condemning what Hadwin did and suggesting that he wasn’t a healthy man at the time. But he also doesn’t consider Hadwin a thoughtless monster. Although K’iid K’iyaas was destroyed, the tree itself lives on in a small way through its many clippings. He breaks up the narrative of Hadwin’s story with the history of the tree, which many people, especially an American audience, would not be familiar with. Although the piece is focused on Hadwin, Vaillant gives the other side, in this case that of K’iid K’iyaas itself.