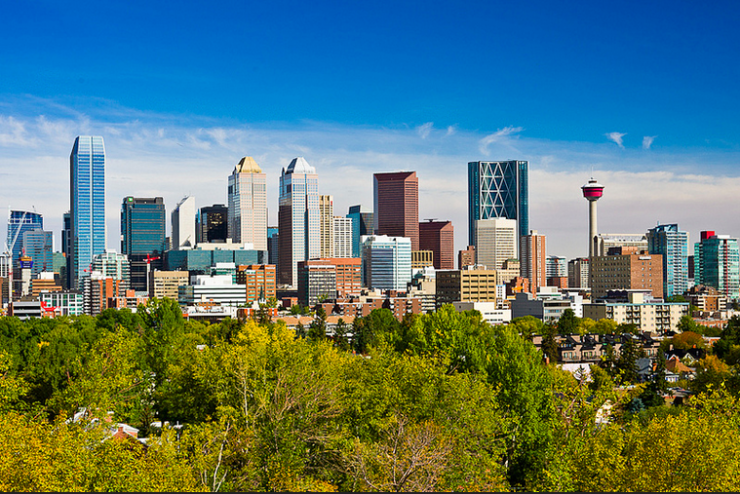 Alberta, along with New Brunswick and the federal government, has been ranked as having the worst freedom of information law in the country.

It was the 20th anniversary of Alberta's freedom of information law last week. But there were few Albertans who observed that anniversary, even among reporters who should be­—but too often aren't—using that law in the public interest.

Alberta tabled its records access legislation in 1994, 14 years after the same thing happened in Canada's Parliament and 29 years after the American Freedom of Information Act was introduced in the United States Senate.

That made the province the second to last jurisdiction on the continent to give its citizens a legal means of obtaining unreleased government records. Yet Alberta replicated and reinforced the flaws in Canada's other access laws.

Like those other laws, the province's Freedom of Information and Protection of Privacy Act restricts or denies access to records that would reveal internal discussions, debates or divisions over government decisions.

Moreover, the regulations accompanying that legislation made Alberta the most expensive province to file freedom of information requests, turning something that should be a right into a privilege.

It also allows public bodies to refuse access to the meeting minutes and agendas of their governing councils. And it was later amended to deny access to ministerial briefing notes and binders.

Indeed, according to Halifax-based Centre for Law and Democracy, Alberta's access law features an "enormous amount of wiggle room for recalcitrant public officials who would seek to avoid disclosure of embarrassing information."

That explains why the Edmonton Journal's Linda Goyette once described that law as being an "oxymoron in action," with her colleague Graham Thompson joking that FOIP stands for "Fuck Off, It's Private."

It also explains why Alberta, along with New Brunswick and the federal government, has been ranked as having the worst freedom of information law in the country.

And it explains why Newspapers Canada recently awarded the province failing grades in the timeliness and completeness of the records it releases.

For example, in 2013, the Edmonton Journal's Karen Kleiss and the Calgary Herald's Darcy Henton used freedom of information requests to reveal the ministry of human services had "dramatically under-reported the number of child welfare deaths over the past decade, undermining public accountability and thwarting efforts at prevention and reform."

Then, a year later CBC News's Charles Rusnell and Jennie Russell used freedom of information requests to expose the "personal and political use of public resources" by former premier Allison Redford.

The 20th anniversary of Alberta's access law coming into force, which took place this past Thursday, was a chance to comment on those successes, as well as the legislation's failings.

The province's information commissioner Jill Clayton even organized Right to Know Week forums in Calgary and Edmonton where that could happen.

Yet it was the bureaucrats responsible for processing the province's freedom of information requests who seemed to make up the majority of the audience.

For example, in Edmonton, a show of hands revealed there were just three members of the public in attendance, as well as four reporters: Rusnell and Russell, who file more freedom of information requests than any other journalist in the province, as well as the Globe and Mail's Justin Giovannetti and the BBC's Matt Danzico.

That's both maddening and saddening when you consider the Edmonton Journal's downtown headquarters is just a 13-minute walk away from the Federal Building, where that forum took place.

Nor, according to the Canadian Newsstand and Google News, did the Journal, or any other newspaper in the province, print a word about the anniversary of Alberta's freedom of information law.

Yet, that might not be surprising when you consider how little reporters use that legislation.

For example, in fiscal 2012/13, the media is estimated to have been responsible for just 110 access requests to provincial government ministries.

Alberta's $25 freedom of information application fee, as well as the time-and-cash-strapped condition of its news outlets, may be part of the reason for those numbers.

But if it were the whole reason, wouldn't you expect op-eds and editorials demanding the repair of the province's broken access system?

Wouldn't you have expected journalists to write and talk about that disrepair during the recent Alberta election, where one of the most important issues was government accountability?

After all, it was in their private interest, as well as the public interest, to have done so.

Of course, Alberta's journalists aren't alone in being an inconstant friend to freedom of information.

According to Canadian Newsstand and Google News, the only newspapers to mention Canada's Right to Know Week were the Chronicle-Herald, the Coast, the Provost News, the Telegram and the Winnipeg Sun.

The Provost News and the Chronicle-Herald, along with the Medicine Hat News, were also the only three newspapers to write about an effort by 22 civil society groups to convince political party leaders to commit to four key reforms to the federal Access to Information Act.

My colleagues may look askance at me for writing this column. Such is the sensitivity of too many reporters in this country.

But this country, compared with the United States, has precious few resources for reporters who want to be more than heralds for the privileged and the powerful.

Freedom of information laws, however flawed they are, are one of those resources.

But unless reporters use and advocate for that legislation, those flaws will continue to deepen until those laws fracture, leaving nothing left to celebrate.

• VICE News reports on a leaked email showing “Canada’s Department of Foreign Affairs is miffed its employees are leaking classified internal documents to the media and wants them to stop.”

• The National Observer reports, “A potentially explosive parliamentary investigation into the Harper government's so-called ‘muzzling’ of government scientists shows no signs of being released before the federal election on Oct.19, despite Canada's Information Commissioner digging into it for more than two and a half years.”

• According to the Canadian Press, NDP Leader Tom Mulcair, while visiting Nunavut, announced, “A New Democrat government would create a new parliamentary office to provide solid scientific advice and analysis to politicians, and would encourage scientists to speak their minds.”

• New Brunswick’s public safety department is refusing to give the Telegraph-Journal details about the deaths of the 11 people who died in provincial custody since 2004. A department spokesperson told the newspaper in July that those details were being kept secret “out of respect for the deceased and the families.” But the government is now promising to review that policy.

• The Chronicle-Herald reports Nova Scotia’s chief information access and privacy officer believes the province’s freedom of information legislation “serves members of the public quite well.” But columnist Paul Schneidereit reports on the repeated complaints about that legislation, as well as the government’s refusal to keep a commitment to fix the law.

• “The Ontario government funneled at least $2.1-million in taxpayers' money over the past two years to Liberal-connected consultants and advertising agencies,” reports the Globe and Mail. “The funds came from the caucus services budget, a pool of money subject to minimal disclosure rules.”

• “The Federation of New Brunswick Faculty Associations is taking St. Thomas University to court over the universities refusal to release details of severance agreements of three administrators between 2012 and 2013,” according to the Aquinian.

• The Winnipeg Sun reports Saskatchewan Finance Minister Greg Dewar has announced “the public will now have greater access to information related to government contract [sic] with the creation of a database that includes monthly summaries of purchase orders and outline agreements worth $10,000 or more. Details will include the name of the vendor, the purpose of the contract, the value, the duration of the contract, and significant contract amendments.”

• Newfoundland and Labrador has released a draft open government plan. That plan promises to “streamline and enhance the access to information process,” as well as “expand the amount of publicly available government information.”

• The Edmonton Journal reports a group of University of Alberta Scientists have joined the Canadian Association of University Teachers in calling for a “new direction in science police and an end to [the] muzzling of federal scientists.”

• Public servant Bonnie Nelson has been awarded the 2015 Robert C. Clark Award which, “recognizes a significant contribution to advancing access to information in Alberta.” According to the office of Alberta’s information commissioner, Nelson “successfully implementing the first routine disclosure program for Alberta Environment, which helped pave the way for other open data initiatives in the province.”

• Former Vancouver Non-Partisan Association council candidate Mike Klassen encourages whoever becomes the city’s new manager to make it a “model of openness and ask staff how you can exceed standards for access to information.”

• The City of Winnipeg has announced, “public information released by the City through Freedom of Information and Protection of Privacy Act (FIPPA) applications, along with additional proactively disclosed civic government documents, will be published online and accessible to everyone.”

• “Coun. Richard Carpenter is filing a complaint of an improper closed meeting against the City of Brantford for a budget task force meeting,” reports the Brant News.

[[{“fid”:”4775″,”view_mode”:”default”,”fields”:{“format”:”default”,”field_file_image_alt_text[und][0][value]”:””,”field_file_image_title_text[und][0][value]”:””},”type”:”media”,”link_text”:null,”attributes”:{“height”:3776,”width”:2555,”style”:”width: 75px; height: 111px; float: left; margin-left: 5px; margin-right: 5px;”,”class”:”media-element file-default”}}]]Sean Holman writes The Unknowable Country column, which looks at politics, democracy and journalism. He is a journalism professor at Mount Royal University, in Calgary, an award-winning investigative reporter and director of the documentary Whipped: the secret world of party discipline. Have a news tip about the state of democracy, openness and accountability in Canada? You can email him at this address.