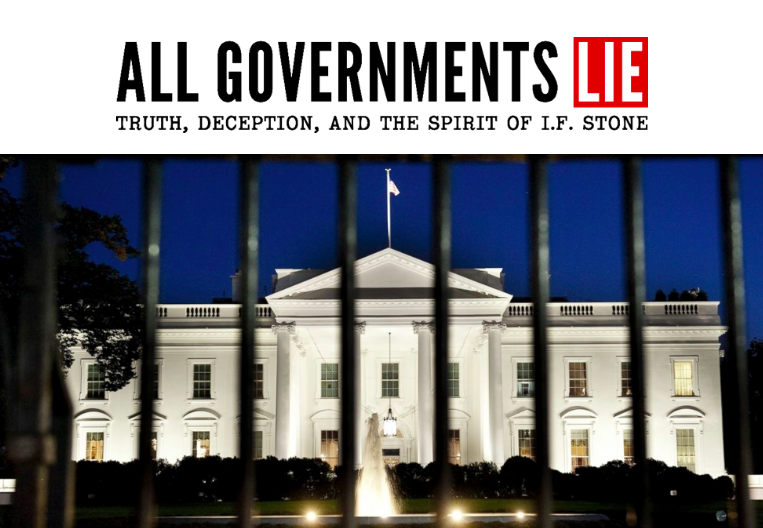 “All governments lie,” wrote American investigative journalist I.F. Stone in his book In a Time of Torment.

Stone was unique in his time—a journalist who challenged authority with hard reporting and wit. Relying on subscribers to his newsletter, I.F. Stone Weekly, to support his work, Stone may have be best known for questioning official accounts of the Gulf of Tonkin incident during the lead-up to the Vietnam War.

Canadian journalist filmmaker Fred Peabody started subscribing to Stone’s weekly journalism newsletter at age 19, while he was just getting his own start in journalism. “I found his reporting—the kind of the values that that came through in his writing and also the craft and the quality of his writing—quite inspiring,” he told J-Source.

Years later, after a career spent in television in New York and Los Angeles, Peabody returned to Canada and felt the pull back to investigative reporting. He realized it had been years since he had heard about Stone—what if someone made a documentary about his life and work?

That film will make its world premier at the Toronto International Film Festival on Sept. 9. All Governments Lie: Truth, Deception and the Spirit of I.F. Stone, produced by Toronto’s White Pine Pictures, evolved from a simple biographical portrait. It also examines the tradition of dogged investigative journalism outside of the mainstream pioneered by Stone and carried on by people like Democracy Now’s Amy Goodman, Rolling Stone’s Matt Taibbi, and The Intercept’s Jeremy Scahill and Glenn Greenwald.

Peabody saw similarities between Stone’s reporting on the Gulf of Tonkin to recent conflicts America has been involved in. “It kind of became obvious to me that to talk about why we need I.F. Stone’s today, you have to look at the parallel between the run-up to the war in Vietnam and the run-up to the war in Iraq, and how in both cases the mainstream media was missing in action as far as being critical or investigative or questioning the reasons for these invasions.”

The film doesn’t pull any punches when critically looking at how mainstream media reports on big issues. One of the journalists Peabody followed is John Carlos Frey, Investigative Fund fellow at The Nation Institute. Frey has done exhaustive reporting on the mass burials of migrants in South Texas. “If we had 200 bodies that were buried in a criminal way in the United States, if they were Anglo, I think that we would be hearing about it,” Frey tells the documentarian. “Because they are Mexican or because they’re from south of the border, for the most part, there wasn’t any sort of an uproar. The national media didn’t pay attention.”

In one of the movie’s most chilling scenes, Frey and forensic anthropologist Dr. Lori Baker examine the skull of a person, bleached white by the sun. There are very little remains left—Baker tells Frey it is because the person sustained carnivore damage. In the scientist’s office, there are boxes and boxes of similar remains, all unidentified.

Scenes of Frey’s reporting are juxtaposed with Republican presidential candidate Donald Trump’s promises to build a wall on the Mexico-U.S. border—it puts into perspective why challenging the established narrative is crucial.

Peabody hopes that this film will help carry on the muckraking spirit—and maybe inspire a few more I.F. Stone’s. “It’s just all about being a human being,” said Peabody. “(Stone’s) values are very human values.”

“As I.F. Stone says, he wanted to do journalism that would defend the weak against the strong. He wanted to fight for justice and to seek as best I can—this is a quote of his—‘to bring healing perspectives to bear on the terrible hates and fears of mankind in the hope of someday bringing about one world in which men will enjoy the differences of the human garden instead of killing each other over them.’”

All Governments Lie: Truth, Deception and the Spirit of I.F. Stone premieres at TIFF on Friday Sep. 9, with additional screenings for the duration of the festival. On Sep. 10, a panel including several journalists from the film will be held at the Munk Centre in Toronto.