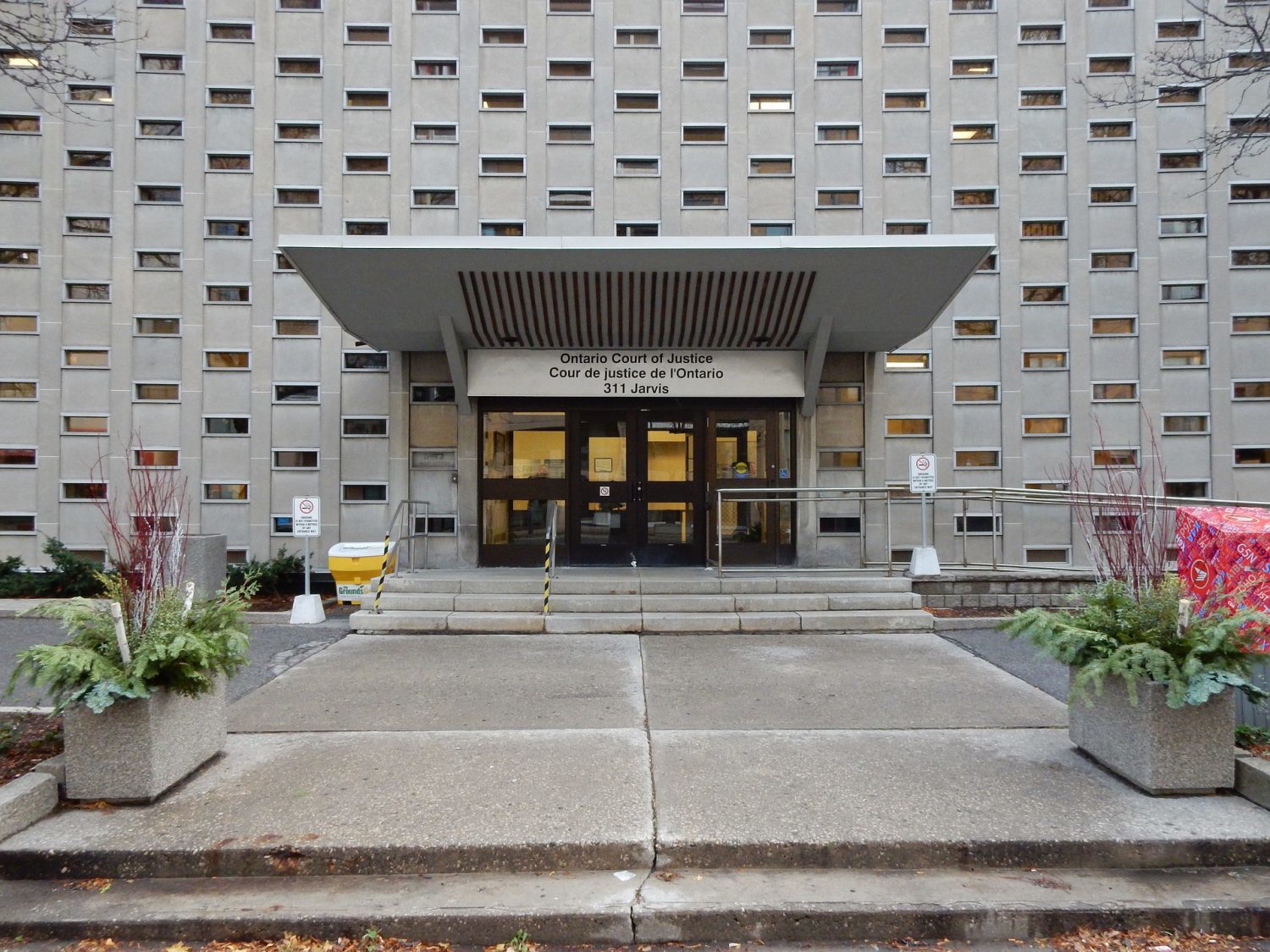 In 2018, a video was posted to social media that depicted students at St. Michael’s College School, a private, all-boys school in Toronto, allegedly sexually assaulting another student in a locker room at the school.

The fallout was swift. The story broke across local and national media. Another alleged victim came forward. Criminal charges were laid against seven students. (Three pleaded guilty, charges against one were withdrawn, cases against two concluded and one case is still before the courts.) And a wider conversation about bullying and assault at St. Michael’s, and among youth in general, launched into the mainstream — one that also questioned the media’s role in covering the case.

In October, one alleged victim announced their intention to file a civil suit against the school. Nearly a year after the public first learned of the alleged assault, the three youth who pleaded guilty appeared at a Nov. 14 sentencing hearing.

But despite the vast amount of reporting on this case, there is much we don’t know, including the names of those involved. That’s by design. In Canada, there are strict laws designed to protect the identities of youth involved in crime.

Reporters still have a job to do. “Youth courts are still open courts,” says Alyshah Hasham, courts reporter at the Toronto Star, who has covered the St. Michael’s cases that have been tried.

But their work is made more complex and difficult by the rules, procedures and norms, which, while meant to protect minors, can hinder journalists and members of the public who need access to information and oversight of the systems responsible for taking care of children.

Cases that fall under the jurisdiction of the Youth Criminal Justice Act have strict rules about what you cannot publish. According to Justice Canada, under the legislation, you are prohibited from publishing “the name of a young person, or any other information related to a young person, if it would identify that he or she has been suspected of, charged with or found guilty of a crime.”

The same protections extend to victims and witnesses. (There are a few exceptions to the YCJA prohibitions on identifying minors — for example, a young person can apply to the court for an order permitting publication of their name or identifying details.)

“It’s up to the media to decide, often with the advice of legal counsel. We try and be really responsible and cautious about that.”

Many media organizations also have their own guidelines for reporting on minors that extend beyond what the YCJA mandates. Torstar’s policy notes that reporting on “children and teenagers — particularly those under the age of 16 who may not fully understand the implications of speaking to the media — command a special sensitivity.”

At the Globe, efforts must be made to obtain parental or guardian permission before identifying anyone under the age of 16, for any reason. (Both publications’ policies also state that they follow the YCJA.)

Nancy Rubin, a partner at the Atlantic-based firm Stewart McKelvey and past president of the Canadian Media Lawyers Association, says she often advises journalists to stick to reporting what has been said in court. “Don’t go off and do your own investigation and get your man on the street impression of the evidence,” she says.

That said, there are times when reporters uncover ways in which other systems are failing children and teenagers. A recent Marketplace investigation explored the state of transparency around violence in school systems, finding, for example, that Ontario parents often aren’t notified of violent incidents at their children’s schools and that school boards are reluctant to release detailed data.

A consideration at that point is what happens if a minor is identified before legal proceedings begin. “What may happen … is mom calls up the paper and said, ‘my kid was bullied at school.’ Then you have a picture of this poor kid who’s got … the black eye, and they give the interview and then later on there are charges laid,” Rubin says. “Meanwhile, you’ve now already identified the youth victim. So how do you deal with that?”

In 2016, the Crown charged CBC News with contempt of court for refusing to take down the name of a victim published before the YCJA publication ban went into effect, and requested an injunction to have the information removed. The Crown failed on both counts — the Supreme Court of Canada ruled in CBC’s favour, blocking the Crown’s attempt at an appeal. As for the contempt charge, according to the CBC, the Court of Appeal of Alberta dismissed it, finding that  “maintaining access to the original articles did not amount to publishing the material anew.”

Hasham and Molly Hayes have both followed the St. Michael’s cases, for the Star and the Globe and Mail, respectively, as they have appeared in court. Both are seasoned justice reporters. But even they find tracking YCJA cases difficult.

Dockets, which in adult courts are posted in the courthouse with the names of the accused, also do not include identifying information. In Ontario, according to Ministry of the Attorney General guidelines, “daily court lists providing the courtroom location for YCJA matters are available to the public. These lists include the initials of a young person and the charges they are facing.”

However, both Hayes and Hasham say that while they covered the St. Mike’s case, they did not see dockets at the courthouse at 311 Jarvis St. in Toronto. Hasham says court staff even refused requests about which courtroom a case was being heard in.

“It can make it really difficult if you miss even one date trying to figure out when the next one is,” says Hayes of the secrecy of the courts.

In response, a spokesperson from the Ministry of the Attorney General said that dockets are available to the public. “These lists include the initials of a young person and the charges they are facing. As noted in the Court Services Division Policies and Procedures on Public Access to Court Files, Documents and Exhibits, future court dates in YCJA matters are available to the public, if sufficient information is provided to allow court staff to access the information in a reasonable amount of time.” Hasham told J-Source that at the Nov. 14 sentencing hearing, dockets were available to the public. (Rubin also notes that docket availability may vary from jurisdiction to jurisdiction.)

In 2011, Star investigative reporter David Bruser spent about four months attending trials at 311 Jarvis, where YCJA matters are heard in Toronto, to find out what happens there. What Bruser found? “Limited public oversight of a publicly funded justice system that is failing to reform kids who commit serious crimes,” he wrote in a story detailing the transparency issues he discovered at YCJA courts.

Hayes notes that these rules exist for good reason — young people do need protection and privacy. Researchers have found that naming young offenders can make rehabilitation and reintegration more difficult. “Naming and shaming also exacerbates criminal behaviour due to the stigma attached to such a label,” wrote academics Kate Fitz-Gibbon and Wendy O’Brien in a 2016 Conversation article.

In the social media age, that can also extend to those at the edges of a criminal case. Last year, Globe media writer Simon Houpt spoke to a mother of a St. Michael’s student who detailed some of the abuse children received since the story became public.

“Over the previous few days, as the story had broken, students had been menaced by adults on the subway, called rapists. Boys were arriving at school to find police at the door with guns. A bomb threat had shaken the student body,” Houpt wrote. Parents alleged that students were being ”hounded” by reporters.

But protecting children isn’t a mutually exclusive concept from ensuring scrutiny of the justice system. “We should still have all the same mechanisms for public accountability that you have in other parts of the justice system,” says Hasham. She thinks that there needs to be a stronger framework in place so that reporters can still do their job while still being mindful of the publication ban put in place by the YCJA.

It may also mean establishing mutual trust. “The public and the court staff might not even realize the level of care that goes into making sure we are being as careful as possible and as general as we need to be around certain details,” says Hayes. “That’s something we take very seriously.” 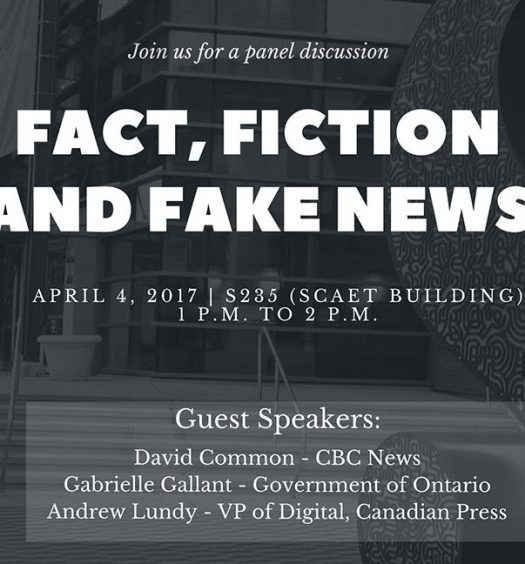