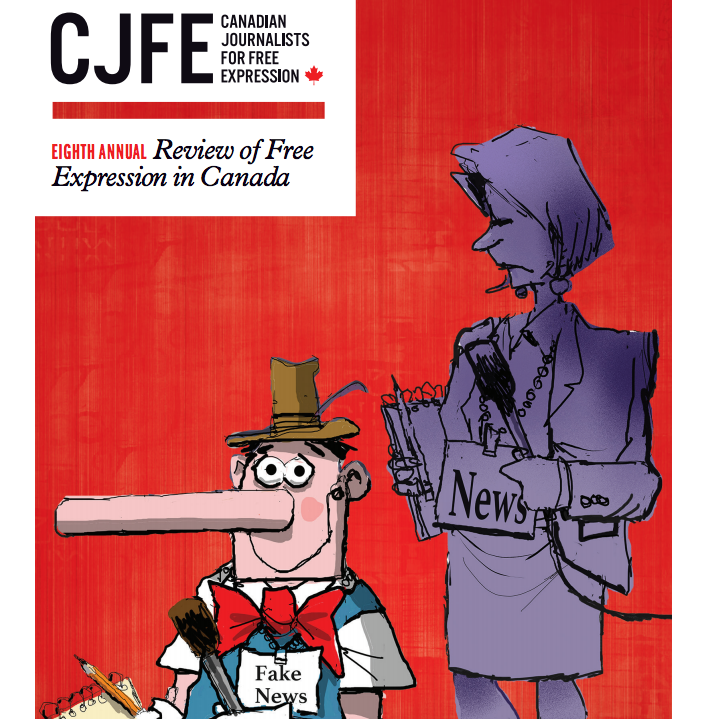 If Canada were in journalism school, it would be flunking out.

In the annual Canadian Journalists for Free Expression Review of Free Expression, released on May 3, Canada received failing grades for the shrinking of newsrooms, examples of police surveillance and the failure to protect sources and whistleblowers.

The report notes that while there were some political improvements last year, progress has largely stalled. There are no plans to protect whistleblowers; police surveillance of journalists has come to light in Quebec; and at least two journalists are currently fighting legal battles for just doing their job, notes the report.

“This intimidation of journalists, broad digital surveillance of Canadians and fundamental lack of oversight do absolutely nothing to enhance national security,” the report continues.

The continued downsizing of newsrooms, hand in hand with the concentration of media ownership, means there is less diversity of opinion, said the report. “Canadians are desperately underserved by the news media, a problem that’s likely to get worse as revenues continue to shrink.”

The report also criticizes the slow pace of change to access to information laws in Canada, and notes that while changes to national security law are coming, it isn’t clear yet that they will improve accountability.

On the issue of fake news, a poll CJFE commissioned and released with the Review found the issue is on Canadians minds, with more than 50 per cent of respondents agreeing that labelling legitimate news outlets as “fake news” is damaging, and 48 per cent saying that fake news makes distinguishing legitimate and illegitimate news harder.

“It’s a new problem without a clear solution, and CJFE intends to monitor it closely,” the report stated.