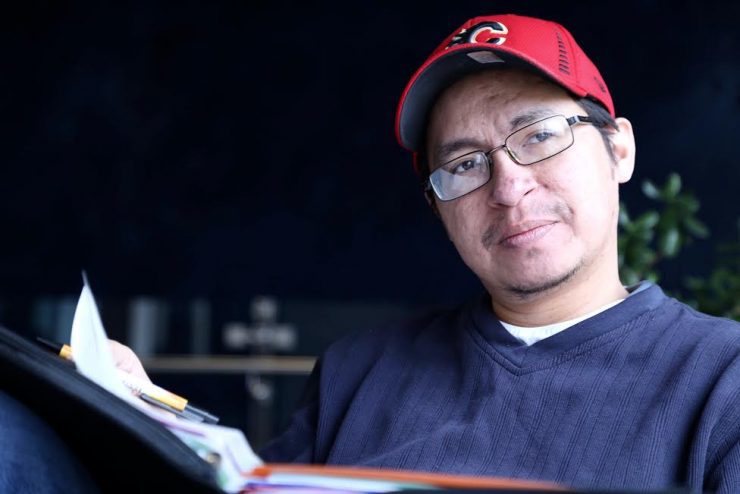 A video from CBC Marketplace showing a First Nations man being shadowed by clerks in a Regina store has gone viral.

A video showing a First Nations man being shadowed by clerks in a Regina store has gone viral. The clip is part of a CBC Marketplace episode called “Are We Racist?”

Leeland Delorme, the episode’s First Nations undercover participant, considered the whole experience “wild.” He believes media coverage of Aboriginal affairs is lacking – so this time he decided to help on the other side of the screen.

“(The media) did a lot about the murdered and missing women, but nothing about racial discrepancies until we did the show,” Delorme said.

According to the Indian Communications Arts student, who would like to be part of the media one day, the news industry doesn’t offer enough coverage of Aboriginal issues because they seem to be part of the norm. “It’s like an everyday thing. They just sweep it under the rug… It’s not big news.”

Released Feb. 26, “Are We Racist?” featured the undercover aid of three Regina residents: Delorme; Mark Simms, a Jamaican-Canadian; and Rory McCuckser, who is of Scottish descent. The three participated in two of the episode’s three social experiments, documenting their reception while shopping in chain stores and for apartments in five Canadian cities.

Pam Rice, executive director of All RISE (Regina Indigenous Self-Enrichment) Project Inc., agrees with Delorme that media coverage of Aboriginal issues leaves something to be desired.

“The root cause of the disparity of our Indigenous communities comes down to Aboriginal identity, and our community is really in an identity crisis. So, when our youth are looking for guidance on who they are as a people and what their role is in society, the media really does play a big role in that,” said Rice. “If the media isn’t showing some of those positive aspects of Aboriginal culture and focusing more so on the crime that is happening in our communities, then that is going to become a part of their identity as well.”

As a journalist and one of the show’s co-producers, CBC’s Janet Thomson recognizes the influence the media can carry. In fact, it was one of the things that inspired “Are We Racist?”

“We felt that at this juncture in time, with Canadians looking at themselves in the mirror in terms of the refugees (and) immigration policies – comparing it with some of the things that are going on right now with the US xenophobia – we thought it would be a good time to look at ourselves in the mirror and see how we measure up,” said Thomson.

Most of the oblivious citizens featured in “Are We Racist?” passed CBC’s test. Throughout the episode the audience can see that Delorme, McCuckser, and Simms were treated similarly – but in a few cases, sometimes in Regina, the two men of colour experienced racial profiling.

While Delorme expected those results, he can’t confidently say the future will be different without the media’s help.

“I don’t see it changing,” said Delorme. “Maybe if (the media) actually show more (Aboriginal news), then it might change.”

Thomson, however, believes journalists are doing their part.

“The media, I think, is hugely influential in informing people about themselves. And because of the CBC, we’re able to have this cross-Canada conversation and learn about each other.”

This story was originally published on INKonline, and is republished with the author's permission.