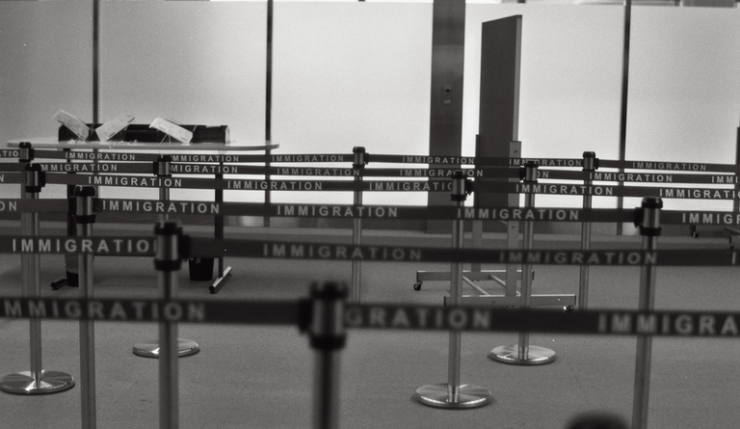 By Will Tao, for New Canadian Media

The media has recently served as a powerful platform for immigrants seeking to appeal negative decisions, such as deportation orders and permanent residency denials.

It’s part of a growing trend that has seen immigration issues receive much better coverage in the Canadian media, from articles discussing Bill C-24 to stories about immigrant applicants’ trials and tribulations.

Interestingly, the way recent reporting on individual immigrant stories has occurred contrasts greatly with coverage of other legal issues, such as major crime. Rather than prematurely vilify and convict, the media has been quick to defend many immigrants, and to criticize the Canadian government for its poor policymaking.

Ironically, this has injected the presumption of innocence into an immigration system where such a concept did not previously exist. In my view, this has helped to level the playing field for applicants and to bring awareness to the challenges of our immigration system.

However, several recent stories have also highlighted the worrying trend of the mainstream media being overused or improperly used to deliver specific, individualized Canadian immigration results.

Emotion alone should not guide decision-making

It may seem hypocritical for an immigration lawyer and freelance journalist to be writing this piece. Like some journalists, I, too, have taken off my lawyer hat and criticized the government for producing certain immigration results, sometimes prematurely.

The recent case of the U.K. man who was allegedly excluded from Canada for helping his girlfriend renovate her house is a great example. It was carried by two major British newspapers not necessarily known for balanced perspectives or understanding of Canadian immigration law issues.

I know I commented angrily based on my own experiences with clients with border issues, but admittedly both stories were short on the relevant facts needed to assess whether it was the correct decision by the border officers.

I find that an increasing number of stories that I read tread dangerously close to appeals to emotion, where incomplete facts are presented and an ideal outcome is then suggested.

Perhaps even more troubling is the fact immigration officials are responding to these cases, seemingly only as a public relations effort, but not in accordance with their own laws and policies. As a result, I have seen clients in similar situations left scratching their heads, contemplating their own media campaigns.

An immigration system cannot be based solely on who can present the most emotionally compelling case. Successful applicants should be asked to meet a baseline of legally clear requirements.

Some individuals have stories of hardship, but will have no immigration options. There are also Canadian immigration programs that specifically consider applicants’ hardship. This balance is necessary. Anything else would inject too much officer discretion and encourage too much exaggeration from applicants, both of which are deeply harmful to system integrity.

Media coverage also raises an underlying ethical dilemma (we can call this the “Conrad Black example”): should we be giving preference in our system to high-profile immigrants?

Don’t get me wrong. Some journalists write on immigration issues carefully. The best present the facts of immigrants’ cases diligently, outline their basic legal issues clearly and ensure that both the immigrants’ and the government’s sides of the story are presented properly. They encourage dialogue and protect privacy and anonymity when appropriate.

However, I have also read several stories in the media recently where it was apparent that outside input and assistance was not sought prior to publishing.

I would suggest that the recent case of the American-born child to Nigerian parents is an example of this. I do not want to comment on its substantive merits, given the case is still in progress. However, I found that some of the articles failed to adequately present the law and policy in the area, which although quite harsh in its consequences, is more clear in its application.

It is vital that journalists seek some outside assistance when publishing pieces because their articles, while generally of limited evidential value in courts of law, can be relied upon as documentary evidence in immigration applications and appeals.

The information contained in these reports can also serve as outside evidence considered by immigration officers who verify applicants’ information themselves.

Factual inaccuracies or ill-advised quotes in these articles could affect future immigration. Meanwhile, if too much personal information is revealed in these news stories, some immigrants’ abilities to obtain jobs or travel safely to their home countries may be compromised.

Rather than acting as a mouthpiece for individual applicants on an ad hoc basis, the media could speak up with a loud and clear voice when a high-level of wrongdoing occurs—either to individuals or groups.

I think the best case for media importance is the Lucia Vargas Jimenez suicide in 2013, which began the present-day scrutiny of our immigration detention system and the push to end the practice of transit police reporting immigrants to Canada Border Services Agency (CBSA) simply for fare violations.

On the contrary, it is interesting to note that in the Jimenez case, CBSA’s internal response was muted due to fear of a media explosion over the issue. From the government perspective, more balanced media coverage may encourage proactive disclosure of negative news.

The media can also play an important role in probing key immigration stakeholders. By presenting more stories about the work of immigration settlement services, pro bono legal clinics and others serving immigrants, the media can help fund those resources.

Finally, the media is a key catalyst for access to justice. The fact that individuals have been increasingly willing to go to the media with their stories before engaging legal counsel and resolving issues with government officials highlights the inaccessibility of our immigration system. I believe the media can, and does, play a key role in uncovering and highlighting these institutional challenges.

Overall, the rise of media coverage that informs Canadians of, and holds government officials accountable on, immigration policy is a good thing for our democracy. What the public must do next is ensure the media is used to advance the integrity of the immigration system as a whole, rather than for just a few individuals.

This article was written with assistance from Abigail Cheung. Passionate about immigration since her undergraduate studies in Ethnicity, Race and Migration at Yale University, Cheung will enter her final year at Osgoode Hall Law School this fall.

This article originally appeared in New Canadian Media, and is republished here with permission.