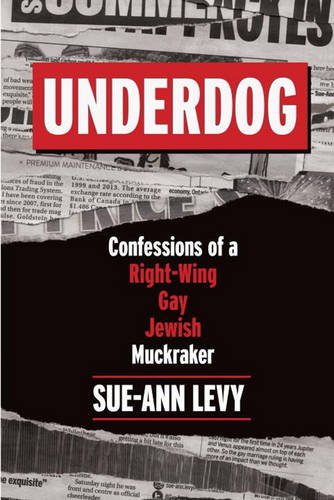 Between the Page 3 pin-up girl and the strip club ads in the back, the Toronto Sun’s heyday delivered page after page of capitalist anarchy that deserved to smudge every hand that touched it. And no matter how much it rubbed and tugged the power elite, the tabloid’s lunchpail and hardhat demographic could always feel like it was straight-talking them like no other outlet.

From riding the TTC to junior high through Ryerson journalism school—where professors warned against using it as a source for anything—to a first apartment where the box right outside was filled with the next day’s paper after midnight, I bought the Sun, I devoured the Sun, I couldn’t make sense of anything without the Sun. And who imagined that its formula wouldn’t work forever?

Into this fray, at the end of the 1980s, comes Sue-Ann Levy, a government worker with a night-school MBA, who’d rather be working for newspapers. After getting a job in Gravenhurst, where her reporting proves honest enough to make a councilman cry, she feels destined for bigger things, like at the newspaper whose publisher Paul Godfrey is the best pal of her lobbyist uncle Jeff Lyons. But media memoirs require more than just a foot in the door.

The first three chapters of Underdog: Confessions of a Right-Wing Gay Jewish Muckraker are the kind of book everyone has in them—a confused coming of age, losing and finding your way a few times, some personal lows and ecstatic highs. Levy’s saga includes recognizing her rebellious streak in Hamilton, a social justice sensibility that stems from being lesbian and conservative in circles hostile to one another, and surviving two sexual assaults 26 years apart.

Levy’s personal life only gets brighter with age even as the ground starts to shake in her industry, supercharged when she meets Denise Alexander while writing one of her standard stories about malfeasance at “socialist silly hall,” leading to moving in together with their respective dachshunds and coming out on the front page.

The rise of Rob Ford vindicated years of ranting about his mayoral predecessor David Miller, and even as Sun-owner Quebecor tried a Hail Mary pass by integrating the newspaper with a ranty right-wing television channel, she hangs in by using Twitter to perfect a peculiar style that’s more about engaging enemies than fostering fans.

But as the story shifts to tattle-taling, it takes on an unfortunately turgid tone, which lacks the crackle of Levy’s own tabloid writing style. Stories of battling “Left-lib” sensibilities—which peak when she takes her own run at becoming a Conservative MPP in a 2009 Ontario by-election against Eric Hoskins, described by Levy as “Dudley Do-Right,” one of countless derisive adjectives applied to public figures—are generally memorable, but translate to the page like more of a slog. Then again, an anecdote about the furor caused when Levy tweeted an inference that Barack Obama is a secret Muslim might’ve been better left on the Twitter vine after it served its dubious purpose in real-time.

The more intriguing subplot of Underdog is how it’s been marketed since its publication in late August. Levy has inevitably used Twitter to allege conspiracies against adequate placement in bookstores (with a little help from Sun sidekick Joe Warmington) and hurl insults at anyone who doesn’t fawn over three years of work.

Levy is nothing if not determined to ensure that McClelland & Stewart and the larger Penguin Random House conglomerate at least earns her advance back—the Toronto-area book tour was plotted across friendly ground, including all three locations of the Tosto Quickfire Pizza chain. And she can now claim to be part of a Canadian publishing trend after Doug Ford lured the local media corps to his mother’s house to launch his own name-calling Ford Nation, to be published by HarperCollins later this fall.

Conservative books are obviously bigger business stateside, allowing the likes of Ann Coulter to gloat that they’ve infiltrated the pages of the New York Times, if only on the bestseller lists. But most of those authors offer minimal literary merit. Could it be blamed on the fact that most people in mainstream publishing are too left-wing to care about the product being readable? Underdog makes the mistake of aiming higher than the snappy and snippy Sun standard, yet the results leave a tabloid fan yearning for a less burdensome read.

Regardless, the Toronto Sun is still around, with Levy one-upping her columnist counterparts by being able to say that she wrote a book about herself, and not even published by one of those two-bit vanity presses. Besides, those left standing from the glory days when the Sun was still a must-read need to do whatever they can to burnish that personal brand—but then, aren’t we all?

Marc Weisblott is the creator and curator of 12:36: Toronto’s lunchtime tabloid—which covers the latest news industry chatter, mudslinging and trends along with whatever else—and previously farmed his own content for Postmedia, Yahoo and Torstar. 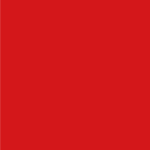 Was coverage of the Royal Wedding over the top?

Read More
Was coverage of the Royal Wedding over the top?
10 years ago
Commentary