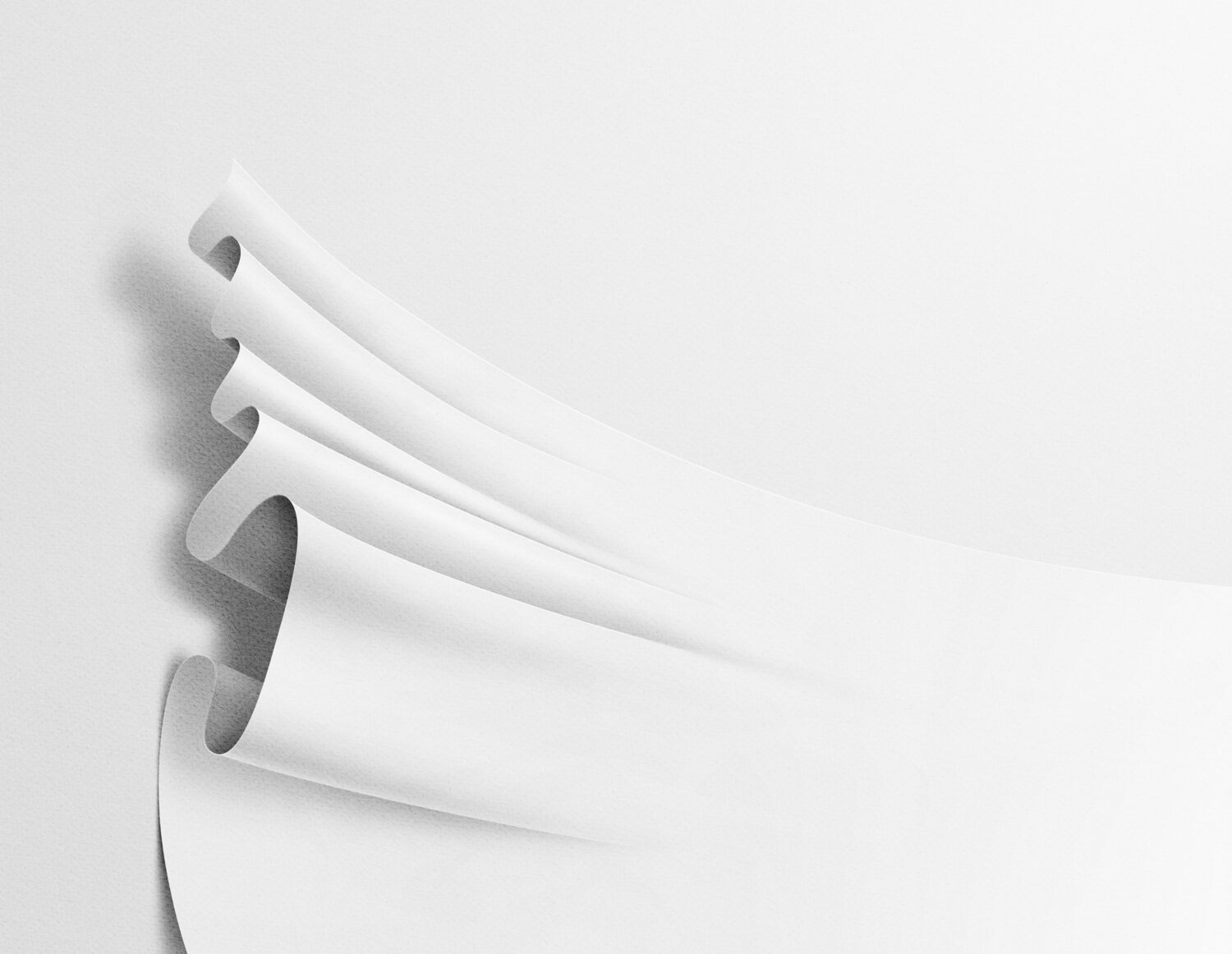 Across industry organizations, newsrooms and campus media, journalists are re-examining best practices on reporting on mental health and suicide

Warning: This story contains mention of suicide and suicidal behavior

When Renata D’Aliesio started working on her 2015 investigation into the number of Canadian soldiers who had served in Afghanistan and died by suicide, the first step she took was searching for similar large-scale journalism projects on suicide.

When she couldn’t find any examples, she turned to available resources on covering suicide. She reached out to mental health experts who worked with veterans to run the project idea by them and determine how it could be done responsibly.

The resulting series, The Unremembered, revealed that at least 62 Canadian soldiers and veterans took their own lives after serving in Afghanistan.

For her team, which sent letters to the families’  homes, explaining the project and inviting the families to participate in the series, it was important that The Unremembered was a collaborative effort and that the families were “part of the process of telling the stories of their loved ones and advocating for change within the military system.”

It’s a participatory approach others have also adopted, including Susan Claremont in the 2017 Hamilton Spectator series Lives Left Behind, in which portraits of family members and their own words were collected to commemorate loved ones who died by suicide.

“A suicide death is like no other death, and we have to remember the impact those deaths have on families is quite traumatic,” said D’Aliesio. “Our role as media shouldn’t be to add to their trauma.”

Mindset: Reporting on Mental Health, a field guide from the Canadian Journalism Forum on Violence and Trauma, was first published the year D’Aliesio started her investigation. It  addresses the need to end the taboo on reporting on mental health and includes advice on how to report on specific incidents of suicide. The resource was developed to provide recommendations for covering mental health stories that minimizes stigma and harm.

But a lot’s changed around mental health reporting since 2014. Industry and newsroom guides, from traditional media to campus publications, are evolving their own conventions and establishing new best practices to reflect the growing demand for nuanced guidance on systemic factors behind mental health issues.

Cliff Lonsdale, the editorial team lead at the Canadian Journalism Forum on Violence and Trauma, said that back in 2014 when the first edition of the guide was published, it was still “very much the case” that journalists shied away from covering suicides.

“It was kind of an unwritten rule in journalism that if someone said this is a case of suicide, you drop the story. There was taboo there,” said Lonsdale. “We could not fathom why that was, because can you name one other area of public concern where things get better if you turn a blind eye?”

In the press release for the third edition, Lonsdale also said that in recent years, there has been a “flourishing of incisive, enterprising and award-winning longer-form journalism that has taken the discussion of suicide much deeper, to considerable public benefit.”

The Unremembered is one of the first Canadian investigative series looking into systemic factors behind suicide, but in recent years, the journalism industry is starting to look into suicide more deeply. Over the years, D’Aliesio said she believes there’s been “greater permission” to talk about mental health in our society, which the journalism industry has paralleled.

“I think you’ve seen that evolution in reporting to not only explore the problems and the barriers, but also look to more solutions and models that people can adopt,” she said.

The suicide reporting chapter emphasizes the importance of context and gives journalists a foundation to assess the possible benefits and risks of reporting on suicide rather than giving prescriptive advice, according to the press release.

Adjusting interviewing techniques for youth is an approach journalists can take to include young people’s voices in mental health stories and give them agency, but it’s also important to consult community mental health workers on potential interview choices, according to the new chapter on youth  mental health. Discussions and guidance on seeking parental consent for interviews is also detailed.

The chapter on addiction, The Illness of Addiction, includes updated data on alcohol dependence and emphasizes the importance of using careful and precise language when reporting on people with addictions, especially in the context of the opioid crisis.

Along with these updates, the guide includes research-backed information and recommendations on reporting on mental health among Indigenous people, mental health and crime and how to interview people with mental disorders to avoid re-traumatizing them.

Statistics Canada estimates that 20 per cent of the population has some form of mental disorder each year. How journalists cover mental health and illness has a major influence on public opinion and can contribute to false assumptions and stigma.

In the foreword of the third edition of Mindset: Reporting on Mental Health field guide, Globe and Mail health columnist Andre Picard writes that journalists “need to be conscious of our failings, of the shortcomings in coverage of mental health issues, and address them systematically.”

Reporting on mental health issues, and specifically suicide, requires a degree of care, attention and knowledge that isn’t always available to newer or general assignment reporters. And increasingly, emerging journalists have had to carve out their own internal guidelines to fill that gap based on the unique needs of their audiences.

Around midnight on Nov. 2, 2020, Varsity news editor Hannah Carty and editor-in-chief Ibnul Chowdhury were closely monitoring social media feeds and figuring out who to call for more information on a student death, first disclosed in posts by a few University of Toronto student unions and organizations.

They called campus police, Toronto Police Services, the university’s media relations and other agencies to try to confirm the details around the death.

The next day, New College sent out an email to all the students and named the student who had died, but didn’t give details around his death.

A couple of hours later, the Varsity confirmed with media relations that the student had died by suicide at an off-campus location on Nov. 2. This was the fifth student suicide the Varsity covered, following three in 2019 and one in 2018.

Carty said that this suicide was different in that it didn’t happen on campus and their newsroom was working remotely, so confirming details and piecing together information quickly was difficult.

“You’re sort of just figuring it out on the flow, like ‘What am I supposed to do in this situation?’ and you’re doing your best to confirm the story,” said Carty.

In response to the previous student suicides, the Varsity developed an internal guide on reporting on suicide in 2019 that draws from existing guides such as Mindset. The guide includes recommendations such as not to include the word “suicide” in the headline or prominently in social media posts.

Carty also said the guidelines include information on when to report on a suicide, taking into account the location to determine if it is a matter of public interest to their audience.

As students and student journalists continue to navigate through the pandemic, which has only exacerbated the student mental health crisis, Carty said the Varsity is continuing to think about how mental health coverage can be improved during the pandemic.

As previously reported by J-Source, reporting on the mental health crisis at University of Toronto and the University of Ottawa, two Ontario universities with alarming numbers of student suicide in recent years, has taken a major toll on student journalists.

Being both a journalist covering these stories and a student a part of the institution, Carty said she felt “strange” when occupying spaces like campus mental health protests. “You’re there to do your job, to write the story, but you also feel pretty affected by everything that’s going on,” said Carty.

“You’re a student too, in the eyes of the university, you’re a part of this population that’s affected by mental health issues and who is affected when any student dies on campus or dies by suicide.”

Suicide is the second leading cause of death in Canada for those between the ages of 15 and 24.

A random, web-based survey of around 6,000 post-secondary students across Canada and the United States conducted for the Toronto Star and the Investigative Journalism Bureau’s Generation Distress investigation, found 27 per cent of respondents contemplated suicide due to mental illness.

The survey also found that 30 per cent of respondents said they’ve considered quitting school and 29 per cent have considered self-harm.

For Carty, she hopes to see both the university and newsroom move beyond using the phrase “mental health” as an umbrella term. “I think we need to examine what that really means, and the ways that it realistically, definitively impacts people’s lives. We need to be more specific with what is actually happening and how it looks like,” she said.

As a news editor, Carty emphasizes the importance of being aware of why the newsroom is reporting on these stories.

“I also wrote an obituary for the student who died and it’s obviously very stressful to reach out to somebody who is in mourning but it’s always up to somebody else if they want to comment,” said Carty. “Everyone deserves to be remembered.”

Guidance on mental health reporting in years prior focused on spot news stories and covering one incidence of suicide, said Lonsdale. As journalists dove into deeper reporting around broader, systemic factors, the forum found that the earlier recommendations on suicide reporting didn’t apply anymore.

The forum talked to a wide range of experts in the suicide prevention community, journalists like D’Aliesio who had done extensive mental health reporting and other mental health experts while working on updating the suicide chapter for the third edition.

Lonsdale said that even among the suicide prevention community, there’s a range of perspectives on how to best cover suicide, or if journalists should cover it at all.

“Faced with a suicide, reporters should first take note of the basic do and don’t recommendations in this chapter, recognizing that while they offer solid advice for most incident reporting, they can be varied, with care, when the public interest calls for it,” reads Chapter 6 of the guide.

The clinical concern of suicide contagion, or when exposure to suicide precipitates an increase in suicidal behaviour, is a major factor as to why journalists avoid covering high-profile suicides or attributing a death to suicide.

In this updated paper, the CPA wrote that their original paper on media reporting and suicide published in 2009 “garnered controversy from some who expressed scepticism about the evidence base for suicide contagion and argued that perceived efforts to suppress suicide-related stories are counter-productive.”

The psychiatrists concluded that they didn’t want to tell journalists how to do their jobs. Rather, “consensus is that the mental health community needs to work collaboratively with the media and provide them with the best available information to make those difficult decisions, and to provide context and help mitigate risks of contagion when the decision is to proceed with a report,” wrote the CPA in its paper.

Even with increased collaboration between the medical community and journalists in creating guidelines, determining when and how to report on suicide is still a difficult balancing act.

Lonsdale said the forum felt that journalists need some “ethical basis” on which they could approach suicide reporting, by assessing the balance between minimizing harm while bringing issues to public attention.

The doctor’s mantra of “do no harm” is often directed at journalists and suicide reporting, said Lonsdale. The forum decided to “tackle that one head-on.”

“That’s not what doctors do. Doctors balance the potential good for the patient with the possible side effects,” said Lonsdale. “So we thought that’s not a bad starting point for a journalist to say, it’s important that we open up and dig into this issue.” 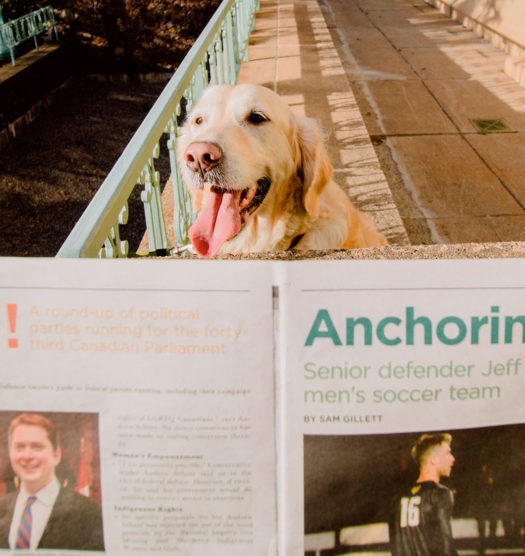