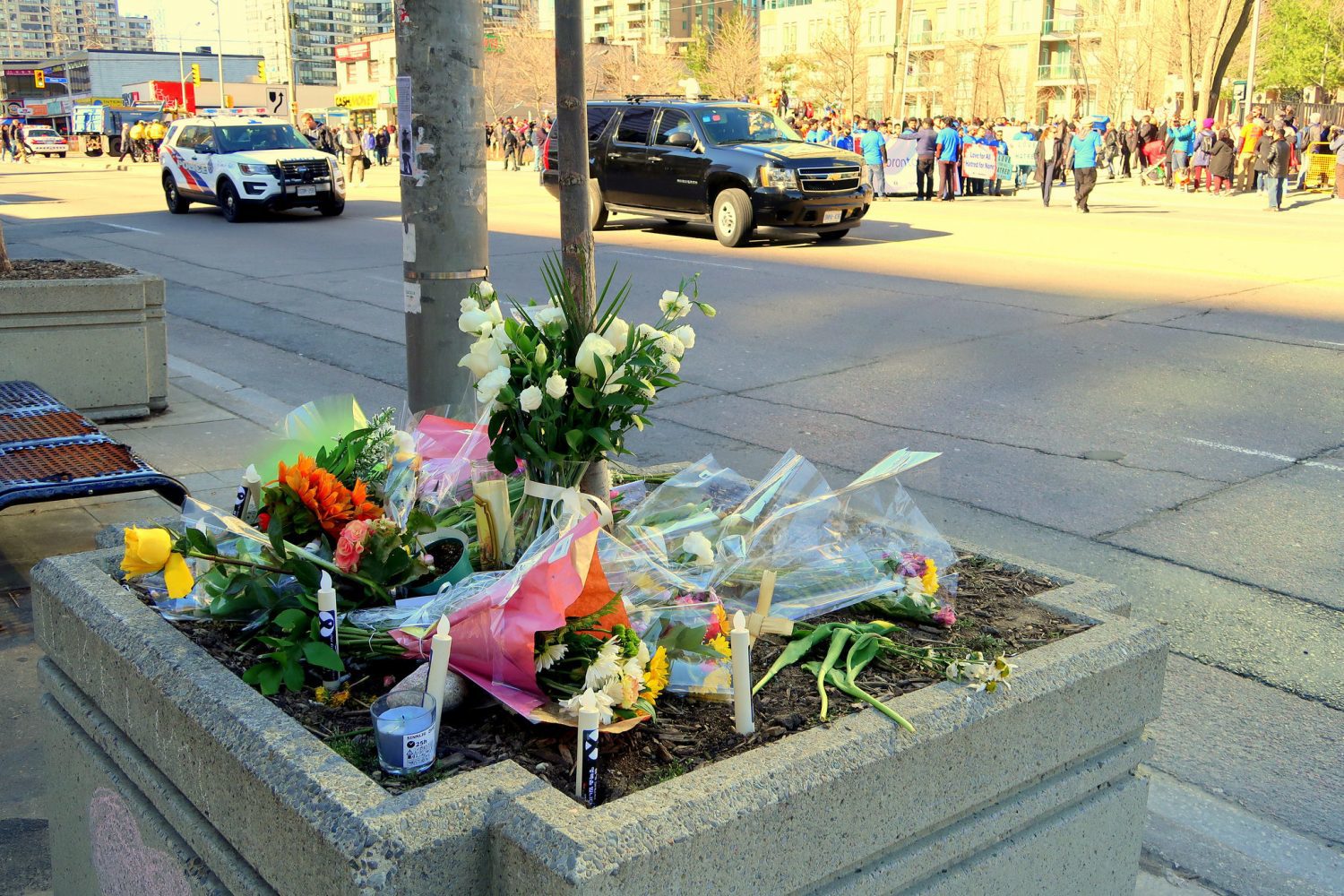 Coverage of mass violence against women still leaves out the basics

Torontonians remember that Monday in April — bright, sunny and the first real respite from a months-long cold stretch.

But that memory serves as a now macabre backdrop to a mass murder that was carried out around 1 p.m., while many were returning to their offices after lunch on Yonge Street, just north of the city core.

A 25-year-old man was accused of driving a white van down a stretch of road, plowing through pedestrians, killing 10 and injuring 15 others.

For journalists who rushed to the scene and covered the panic and grief that gripped Toronto in the weeks, and months that followed, it was a testament to the talent of a small, but determined, group of media.

After the attack, while reporting for The Canadian Press, I spent time speaking with Beverly Smith, a survivor who lost her legs after being struck by the attacker on her way to the library. She told me the impact of her injury hadn’t really sunk in yet, but it was of course, devastating.

Listening to the stories of survivors and their grief was of primary importance for the journalists on the scene.

But there was one word that entered the lexicon and dominated our discussions almost immediately following the attack: Incel.

The way many major media outlets covered the incel movement, and the attacker’s motivations, ultimately sanitized our understanding of the attack.

The incel movement, which stands for Involuntary Celibate, we learned, refers to a deeply misogynistic group, born from online communities on sites like Reddit and 4Chan, that blames women for a lack of sexual activity. Although there are limits to our knowledge concerning the motives of the driver, Alek Minassian, prior to trial, there’s enough evidence to confirm his allegiance to incel communities.

Other than explainer pieces about scouring the corners of the internet to find posts about Stacy and Chad, mainstream outlets didn’t unpack the oddly pedestrian misogyny that’s at the core of the incel movement.

Meaning, it’s not just online. That kind of misogyny lives everywhere, and as reporters, we didn’t face that directly.

There are endless reasons to do better, especially as Minassian heads to court in May.

Prior to the attack, Minassian praised a mass shooter who despised women. Of the 10 victims killed in the rampage, eight were women.

The truth is wanting to hurt women simply because of their gender is commonplace in Canadian society, as it is in much of the west. The Canadian Femicide Observatory for Justice and Accountability reported that a woman or girl was killed every 2.5 days last year, most at the hands of a male partner or previous male partner.

Lauren McKeon, digital editor for Toronto-based magazine the Walrus, identified some critical  gaps in coverage soon after the attack.

McKeon wrote about how the incel movement isn’t just an online phenomenon of anti-social types in their basements on Reddit. It’s spawned from everyday misogyny.

But mass media tends to ignore hatred of women as a motivator for crime, said McKeon in an interview.

“It’s seen as a side motivation, and I really was sick of that, and I wanted to remind people … about how it was an act of violence against women,” said McKeon, who wrote F-Bomb: Dispatches from the War on Feminism, which examines a rise in anti-feminist rhetoric globally.

Canada’s shrinking media landscape leaves less room for interpretive pieces that can go beyond straight reporting of events, to dig deeper into how events happen, she said.

“I also think a lot of journalists were really caught flat-footed,” she said. “They didn’t know what the incel movement was. It was this strange new thing to them, despite the fact that it’s been linked to other acts of violence.”

McKeon refers to a 2014 shooting by Elliot Rodger, who killed six students and injured 14 others at the University of California, Santa Barbara, before killing himself. The manifesto that he left behind, almost 150 pages long, reflected his adherence to incel tropes, including wanting to torture and kill women.

Despite Reddit’s axing of the r/Incels subreddit, McKeon notes in her piece that this hasn’t silenced the incel movement. A new subreddit called Braincels has 17,000 members and McKeon depicts Incels widespread presence on 4chan and incel-dedicated websites.

Canadian journalists and coverage from abroad used language that was dismissive of the incel movement, as an oddity that doesn’t seep into mainstream culture.

In a CBC story published a few days after the attack, the incel movement is described as “insular” despite an appreciable presence on mainstream forums. One piece from the Globe and Mail said Minassian openly “embraced misogynistic ideology” but instead analyzed the possibility of whether certain mental health conditions can lead to violence in “rare cases.”

That dismissiveness is dangerous, because it ignores how those views have trickled into the our overall culture, McKeon said.

“We don’t acknowledge it or we don’t engage with it because it means acknowledging just how messed up we are, and also just how far we have to go,” she said.

As reporters, dismissing the nature of misogyny as a motivator for violence also stunts wider conversations that could lead to policy changes and real action, said McKeon.

One solution is to create more spaces in mainstream publications for stories that delve deeper. But it is tricky to do so as staff numbers shrink across the country, she said.

“It’s always easier to say ‘this was an isolated incident, there was something wrong with this person’, as opposed to stepping back and saying no, ‘we have a societal problem with violence against women,’” said Tara Richards, a criminology professor at the University of Nebraska Omaha.

Richards’ research projects include an examination of  how mainstream media covers violence against women, and how reporters can portray those incidents more accurately.

She’s found that coverage often fails to link violence against women with patriarchal ideologies that exist in mainstream society. The broader context of femicide and how misogynistic views manifest is often missing.

By failing to make those connections, journalists don’t indicate how insidious and common femicide is. According to the Canadian Femicide Observatory, women are five times more likely to be killed by their intimate partners than men are. In 2015, 48 per cent of all homicides involving a female victim were perpetrated by their spouse.

Richards said conversations also quickly jump to the mental health of the perpetrator. Discussions around mental health are important, but it’s not the only lens that needs to be applied to stories on femicide.

“If you have a greater understanding of … circumstances which women are murdered, then you would be more likely to say ‘wait a minute, this is not just a murder, this is one of many femicides that occur every year,’” she said.

Understanding misogynistic motivations are common  is the first step to better coverage, she said.

The van attack is hardly the only Canadian mass murder that had violence against women at the core of the incident. In a 32-year period between 1980 and 2012, more than 1,000 Indigenous women and girls were murdered, another at least 100 missing. During the 1989 massacre at l’École Polytechnique,  the shooter separated the men from the women, stating “I hate feminists” among other invectives hurled at the young women, who were studying to become engineers. The attacker killed 14.

Journalist Shelley Page expressed her disappointment that she had sanitized coverage of the attack in a 2015 article for the Ottawa Citizen, treating it, at the time, as a random act of violence, rather than the targeted slaughter of women.

“They weren’t killed for being daughters or girlfriends, but because they were capable women in a male-dominated field. I should have written that then,” she wrote.

As we grapple with tragic events it is our job to ensure that we tell stories, including motives, truthfully, even if it means revealing deep societal flaws.

As Minassian heads to court for the beginning of May, I hope many of us remember our portrayal of the events will impact how the van attack is remembered. 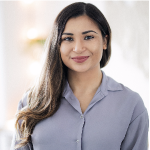 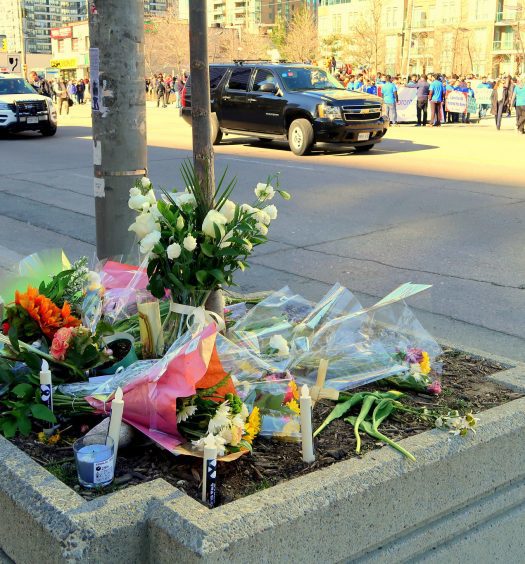 Read More
The pedestrian misogyny behind the van attack