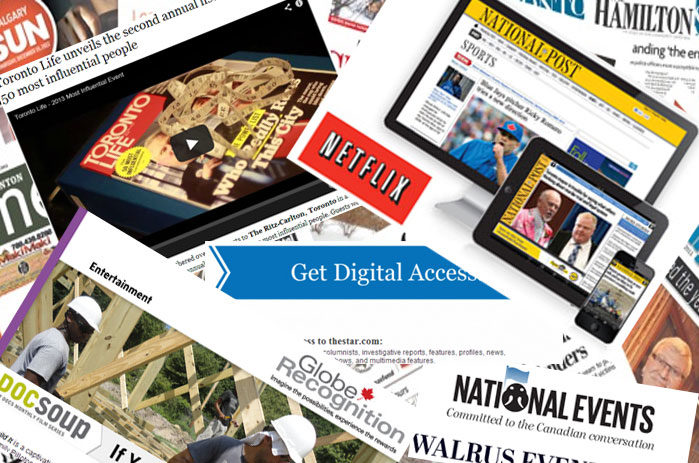 The new thinking is that news organizations should try a bit of everything and see what works. But if you think new business models are just about paying for your existing journalism, get over it. Business of Journalism Editor Kelly Toughill shares her three rules for finding that rare sweet spot where new revenue streams feed the journalism at the heart of your enterprise.

Journalism supported by multiple revenue streams is the latest trend in evolving business models. It is also dangerous.

The multiple-revenue model has worked well for some journalism organizations, but it has probably hurt just as many. The danger is not just that you might sink months and millions into a dud; it can be even more dangerous to succeed.

Look at the Sacramento Press, a one-time darling of digerati who considered the northern California startup the epitome of a successful hyperlocal news site. The Press was based on an innovative content management system that helped foster citizen reporters. The founders also set up a social media consulting business and a local ad network. Today the ad network and the consulting business are thriving, but the news site is a shadow of its former self and the original content management system is gone. The businesses designed to support the journalism became more important than the journalism itself.

So how do you avoid the twin dangers of outright failure and cannibalizing success? Here are three rules for finding that rare sweet spot where new revenue streams feed the journalism at the heart of your enterprise.

1) The new revenue stream must be dependent on your editorial content.

This was the problem at Sacramento Press. Neither the ad network nor the consulting business were dependent on the journalism. Both the Texas Tribune and Politico have taken a different approach to the multiple-revenue stream model and both have found particular success in staging events. Their lecture series, conferences and workshops are dependent on the integrity and the expertise of their journalists and speakers. That reputation for excellence draws an elite crowd, which attracts premium sponsors and ticket prices. Journalism itself is not on the table, but the events are completely dependent on the journalism that has been done by the outlet.

Some newspaper executives are probably excited about the fact that Canada Post is going to stop delivering to the door. Newspaper carriers may be able to deliver hard goods into neighborhoods at a lower cost than UPS or FedEx. Expanding the distribution network might work, but it won’t necessarily support newsrooms.

Think of it this way: if your journalism operation shuts down, would your new business still thrive? If so, it might be a great new business, but it’s not a great way to support journalism.

2) Do things your organization is good at—or can learn to be good at.

Several news organizations ventured into luxury goods and services over the past decade. There was a newspaper wine club that delivered bottles picked by its wine columnist every month. There was the luxury Mediterranean cruise hosted by a top newspaper editor, with columnists and reporters flying in to chat up the tony travelers. Both ventures were dependent on editorial, but neither leveraged in-house expertise. Most media companies don’t know how to run cruises or set up a retail operation, but most media companies do have expertise beyond journalism.

Look at Cook’s Illustrated, a media company that has been stunningly successful in developing multiple revenue streams. One of those streams is an online cooking school, which uses expertise developed in its test kitchens and its food sites. Cook’s Illustrated does it right, but some media companies just lend their brand to another company that provides the product or service.  That’s not a new business; it’s a licensing agreement. If another business does all of the real work, you can’t control your customer’s experience, and you have little bargaining power to reap the benefits if the business takes off.

Many media companies have hived off parts of their business in recent years—outsourcing distribution, printing and even copyediting. In most cases, though, the outsourced activities were in a sector with lots of competition, which lowered the risk.

Think of it this way: if another company is doing most of the work, what will you do if that business bails or wants to change the terms? Can you replace the partner or vendor easily while ensuring your customers get the same quality experience, and you get the same level of profit?

3) Make sure that the new business fills a real need for its customers.

Does this really need to be said? Yes, it does.

Many journalists—maybe most of us—think of new revenue streams and new businesses only as a way to pay for the stories we want to tell and the news we want to cover.  Get over it.

Harvard professor Clayton Christensen, an authority on disruption innovation, teamed up with Canadian journalist David Skok to look at the crisis in the news industry. Their study is worth reading, even just to understand the basic concept of why your offering must help your readers or clients actually do something, even if that something is simply laugh for a few moments. (Cat meme anyone?)

Think of it this way: do you know why people are going to give you money? Have you clearly identified a real problem faced by your customers? If so, is your solution novel? If not, is it better, and in what way? Faster? Cheaper? Higher quality?

Of course, certainty about anything to do with journalism and business models is a mug’s game these days.

So I should point out that the most-watched new start-up of 2014 defies all three of these rules. Pierre Omidyar is backing First Look Media, which has two parts: a for-profit technology company that will develop tools for new media and a not-for-profit investigative journalism operation that is built around the work of American journalist Glenn Greenwald and documentary filmmaker Laura Poitras. It’s unclear how or if the technology company will benefit from the journalism (see rule #1) and it’s unclear what happens to First Look if Greenwald and Poitras want to walk or change their deal (see rule #2). Omidyar and company might have nailed number three, but we won’t know until we see what kind of tools they produce for sale. Then again, Omidyar did help develop one stunningly successful new online business: Ebay.com. Could be he knows what he’s doing.