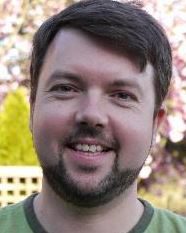 Back to school: How to crowdsource a data journalism course

One of the dirty secrets about data journalism—one you don’t hear very often in all the hype about how it’s going to revolutionize reporting—is that data journalism is hard. Especially for journalists who are more comfortable with words than spreadsheets and who got into journalism in the first place because they didn’t like math.

Data journalism evangelists like me tend to downplay this fact when we talk about how great it is, because we don’t want people to be discouraged or intimidated. But the simple fact is that the first time a reporter is confronted with complex Excel formulas or coding a web scraper, it can be pretty darn intimidating. Especially since, given how new data journalism is, there may be no one in their newsroom they can turn to for help.

Luckily, data journalism has a secret weapon: NICAR-L. That’s the free email listerv for the National Institute of Computer Assisted Reporting in the U.S. Virtually every data journalist in North America is on it, as are data journalists from as far away as Argentina and Denmark. And they are here to help. In an often cutthroat industry, where reporters jealously guard their scoops and sources, data journalists are surprisingly eager to show their work, share their tools and help each other when they run into trouble. From beginners learning how to sort their first spreadsheet to advanced coders writing web apps from scratch, NICAR-L is full of people asking questions and others helping them out of a jam.

So when I began developing a new data journalism course for Kwantlen Polytechnic University, I wondered if I could harness the combined wisdom of NICAR-L to make my course better. I also thought other journalism instructors and newsroom trainers might benefit from the discussion. I’ve been careful not to spam NICAR-L with every handout and lecture note I come up with. But for some of the key conceptual parts of the course, I’ve gone to the list—and my Twitter followers—to get their feedback.

One of the first things I prepared for my course was a flowchart explaining the step-by-step process of conducting data journalism. I shared an early draft of that chart (below) on both Twitter and NICAR-L.

The feedback was almost immediate. Some suggested I use the term “interview the data” instead of “analyze the data,” giving students a better sense that they should be asking questions of their data just as they would of human sources. Others pointed out that data analysis and interviewing people was a more fluid process than my original flowchart suggested: points raised by people you talk to often send you back to your data for more analysis, and things you find in your data can lead to better interview questions. Others suggested the chart should start with talking to people, since that’s where story ideas usually begin. After several versions, I ended up with something that I think more closely approximates the actual process of data journalism:

I’ve since gone back to NICAR-L a couple more times to seek feedback on other course materials, like a list of reasons why data journalism is important and best practices for interactive graphics. Each time, the feedback I received helped refine my ideas and clarify my thinking.

My first data journalism class doesn’t actually begin until January 2014. But I’ve already had people on the list tell me they’ve used my flowchart or handouts in their newsroom data training, and the chart above has made an appearance at a journalism conference in Washington, D.C.

Indeed, as I continue to plug away at my data journalism course, one of the things I think may be most important is figuring out how to communicate to my students just how supportive and helpful the data journalism community really is. I may make signing up for NICAR-L a course requirement. Because as scary and hard as data journalism can be, knowing the world’s leading data journalists have your back can give you the confidence to soldier on.

Chad Skelton is an investigative reporter at The Vancouver Sun and a journalism instructor at Kwantlen Polytechnic University. An expanded version of this article will appear in the upcoming issue of CAJ’s Media magazine. You can also read J-Source’s Ideas editor David McKie’s introduction to this piece where he writes that many postsecondary institutions have added data journalism courses.