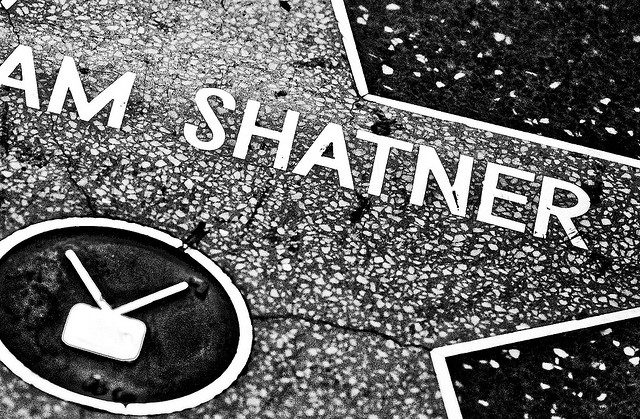 Fifty-seven years on, this pre-James T. Kirk profile has more to offer than when Maclean’s first ran it.

Fifty-seven years on, Barbara Moon’s pre-James T. Kirk profile of William Shatner has more to offer a reader than when it appeared in an October 1957 Maclean’s magazine. The story begins with a 26-year-old Shatner getting scouted for his debut feature film in a kind of love-at-first-sight meeting with director Richard Brooks. “That’s the one,” says Brooks, pointing at Shatner. “I want him.”

And like that, as they say, a star is born. But you wouldn’t know it from Moon’s piece, one that reveals a young Shatner in Hollywood to be, at times, like a little boy clawing for attention. The sense of new-kid isolation that he confronts on set will surprise fans of the domineering Captain Kirk of Star Trek and Denny Crane of Boston Legal.

It ends in a similar way to its beginning, with a young Shatner objectified by Hollywood, as the in-house publicist suggests he do a “beefcake” spread. If his looks were the thing that beamed him to superstardom starting with Brooks’s I-want-you point, Moon’s Shatner doesn’t know it. He’s an actor’s actor, fresh off the Stratford springboard and a string of New York City TV gigs. He has a businessman’s work ethic, with none of the pay-off.

On the new film, an adaptation of Dostoevsky’s The Brothers Karamazov, he’ll make in three weeks what had previously taken the actor a year of good roles to earn. Over-eager, he nearly purchases “a house with two fireplaces, a pool, a barbecue pit and a glass-enclosed living room,” before his agent warns him, “Don’t mortgage yourself to Hollywood!” Instead, he buys an Austin-Healey sports car. But before the money comes, Moon treats us to a strange scene: a broke Shatner dining on hamburgers at Smokey Joe’s with his then-wife, waiting for his contract to be processed by the bigwigs. What now garners a started-from-the-bottom respect likely had less impact 57 years ago, when Shatner was just another local boy to most Maclean’s readers.

On set, he is ignored. “MGM was putting out no welcome mat for its new young find,” writes Moon. Shatner has to rough it, as much as Hollywood actors can rough it. He walks across the vast studio lot when he might have taken a limousine. He’s left to his own devices, without so much as an introduction to his fellow cast members on the The Brothers Karamazov set. He’s an amateur in Moon’s story. “The Shatners had been braced for the manifold perils of Hollywood processing; they had not been braced for its omission,” writes Moon, who knows how she wants to paint the man. He left his family garment business in Montreal for the stage, where he was always meant to be. But despite being a regular at the Stratford Festival, with a Broadway play fresh under his belt, Shatner’s credentials mean little in Hollywood, even as he is on the cusp of his Big Break with MGM.

Shatner in 1957 is far from any sense of fame and fortune. These aren’t just the pre-Star Trek days, they’re the pre-Twilight Zone days. Moon’s Shatner is a boy on an adventure full of disappointments that would trouble most, but what Moon reveals most lovingly in her profile is that it doesn’t get to young Bill. Moon’s portrayal is that of a young man with ambition and fortitude, attracted to the spotlight of Culver City, but not blinded by unabashed expectations. “This is just the big break, the first plateau,” he says to her. “From here I could go forward or I could go back.”

Moon ends the story with her silliest character, “the publicity girl,” who doesn’t even know Shatner is married. He’s in their film, but they don’t seem to care about young Bill at all. No one does, and that’s the thread that runs through Moon’s work and is tempered by her portrayal of Shatner’s youthful ambition. No one could have known what lay ahead of him in the next decade, but Moon’s insight into these naïve beginnings reveals a side of the star fit for the shelf of any Trek or literary journalism fan.