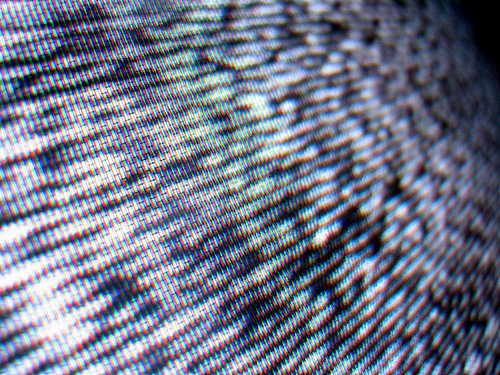 Beat reporting in the age of encrypted radio

In the early summer of 2011, news outlets across the GTA reported on a tragic event: after pulling over a minivan that then drove away, a York Regional Police constable was caught, dragged and killed by the vehicle when it eventually flipped over in the driver’s attempt to escape.

Outlets such as CTV Toronto and CityTV aired 33-year-old Const. Garrett Styles’ dispatch for help—in effect, a recording of the last few minutes of his life—in their evening broadcasts later that June day. Others, such as the Canadian Press and The Globe and Mail, quoted directly from the exchange, which was broadcast on what were then publicly accessible transmission frequencies.

By October, York Regional Police Chief Eric Jolliffe had filed complaints with the Canadian Broadcast Standards Council and Ontario Press Council over the re-publication of the distress call in these stories, noting in the second instance that he was “appalled that the media would post these audio recordings in such a callous fashion.” In their rulings, however, both councils found that the outlets named did not breach any privacy or ethical standards.

“Constable Styles’ death was an event which created intense public outrage and immense public demand for information,” OPC executive director Don McCurdy wrote to Chief Jolliffe at the time. “Unfortunately, while both serve the public good, police and media often disagree over what and how information is released.”

Such cases are not common, but at a time when first responders across North America are increasingly switching to encrypted radios to protect certain types of dispatch information, the disagreement between police and media is.

Last October, York Region’s police force started using encrypted radios, a decision that Chief Jolliffe told YorkRegion.com reporter Jeremy Grimaldi at the time was spurred in small part due to those 2011 broadcasts. Other reasons, including privacy protection and concealing police whereabouts during pursuits, were in line with what police services from Prince George to Halifax and large swaths of Ontario (which this May will include Toronto) have cited in the past.

“I think it was a personal issue with the chief, one he was really affected by—those words being broadcast by TV and radio,” Grimaldi told J-Source, referring to the effect Chief Jolliffe said the re-published broadcasts had on Styles’ family and colleagues on the force. (At the time, YorkRegion.com had opted not to publish the call.) “It doesn’t happen very often here. Until then, they had had a good relationship with press.”

On Feb. 22, the Toronto Star ran an in-depth feature profiling the work of local night stringers—after-hours freelance photographers who rely on radio scanners for leads—and examining how their reporting process might change in an environment without access to dispatch.

At the time, a couple of readers emailed J-Source, wondering if the Toronto Police’s shift to encrypted radio would affect the Star’s Radio Room as well. Much of the work at the desk, staffed 24 hours a day through the Star’s internship program, involves tracking police, fire and emergency medical services scanners for leads on breaking news. In March 2013, the paper had considered outsourcing the Radio Room until union negotiations resulted in a decision to keep the desk in-house, with a pay cut for the interns who staffed it.

According to executive editor Paul Woods, however, the Radio Room isn’t going anywhere. “There are no plans to make any changes with any part of the Radio Room’s operation,” he told J-Source, elaborating that, “we don’t rely nearly as much on radios as we did in the past anyway, with all the tools we’ve got at our disposal now to chase leads.”

For current Toronto Star radio room reporter Jackie Hong, those tools include EMS and fire scanners, which at the moment aren’t slated for encryption in Toronto, and, of course, social media. “Toronto police has an official Twitter account (@TPSOperations) that is usually pretty good with Tweeting about big incidents that police are responding to,” she wrote in an email.

“There’s also a strong freelance market,” said Nick Westoll, another a Radio Room staffer and freelance reporter for AM640. “Camera guys will especially tweet out updates they know of pretty quickly.” And there is still the odd instance where people will report an incident to the Star’s city desk directly by phone.

“I can only speak for myself, but we will get the news,” Westoll said. “It might take longer, and it’s obviously not as instant as it used to be.” He also pointed to the loss of certain types of news-sense nuances you can’t get from a tweet: the tone of a dispatch operator’s voice, or little scraps of info that can prepare reporters with questions before they head out to a scene or call a division.

For Hamilton Spectator crime and justice reporter Bill Dunphy, the encryption of local police service and fire department radio communications since 2012 has been “devastating to our ability to report breaking news.”

“Learning about a news event on the street an hour later mans we can’t get a first-person witness, telling details, or to observe things for ourselves,” he said. “One of the less obvious effects is that we’re no longer able to develop trusting relationships with the officers and emergency service personnel on the ground at these scenes.”

Since then, Hamilton Police have established a workaround for journalists: a password-protected web portal that’s updated with information about dispatch calls. The time, a general location and brief one- or two-word description of the call is posted to the portal about 15 minutes after an officer arrives on the scene, according to Hamilton Police spokesperson Catherine Martin. Certain types of calls from shoplifting arrests to domestic abuse incidents, however, are not included, and outlets that have signed up to use the service haven’t had much luck with it. In 2012, a then-CBC Hamilton executive producer called the system “useless.”

“I cannot think of a single occasion where info we’ve seen there has lead us to leave the building,” said Dunphy.

“From our perspective, we do recognize the importance of media as our partners in communicating information to the community,” Martin told J-Source. “But as well we need to protect the integrity of victims, witnesses, etc. We would never put any victims in jeopardy.”

Toronto Police Services director of corporate communications Mark Pugash said such an arrangement wouldn’t be possible in a city the size of Toronto. “There’s a system in Regina where they’ve made radios available,” Pugash said, referring to the police service’s 2003 decision to allow local news outlets to purchase radios with encryption keys. “But Toronto is the media centre of Canada, and what is suitable for Regina is not for Toronto.”

For Dunphy’s part, the slowdown of dispatch information in Hamilton since 2012 has had one upside: “I spend far more time than I ever did in the past looking at police policy, digging through what info they do make public to find stories that illuminate what they’re doing in the city,” he said. “That part of it isn’t bad—and it’s a job that Twitter use just can’t do.”